Can somebody help me translate the inscription on this pendant?

I had it for many years but I never found out. I tried to translate myself but, well... you can imagine... I guess it must be a quote from the Bible but it would be nice to know for sure. 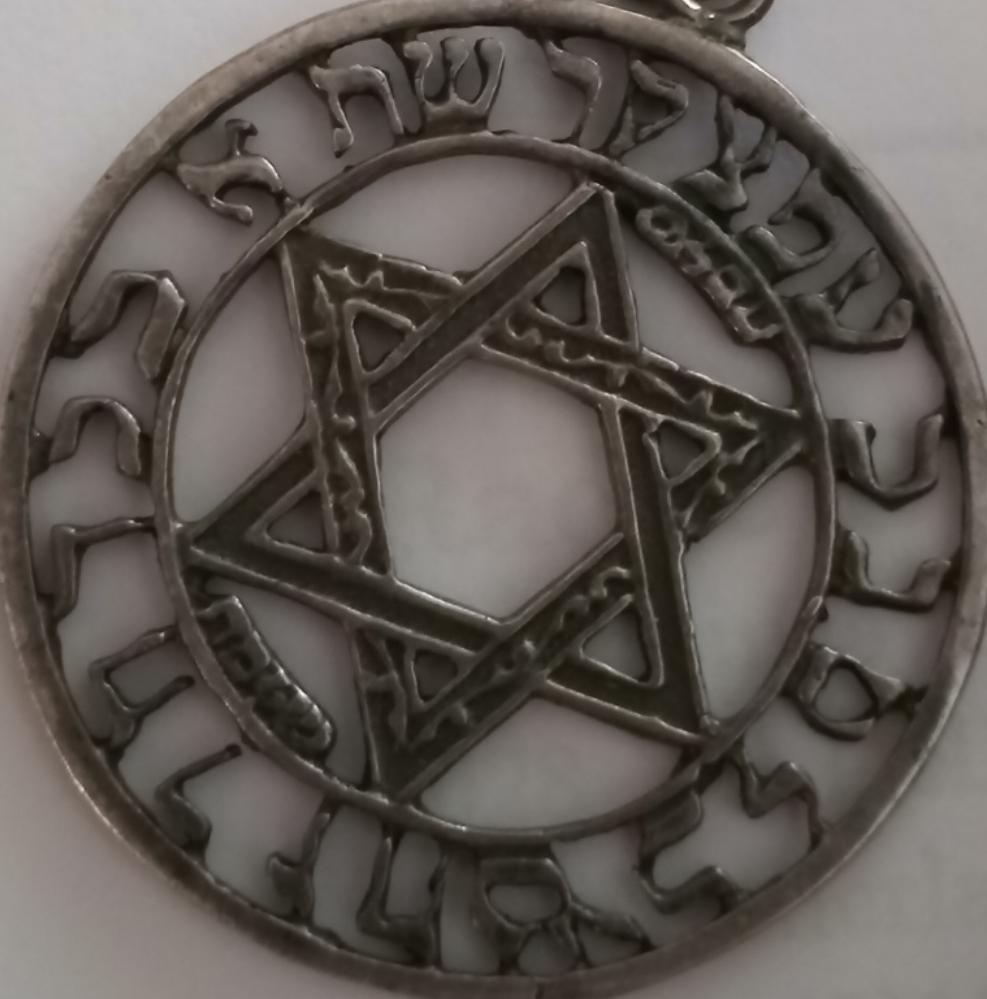 The first letter, Aleph, is near one of the points of the star, at around 11 o'clock in the photo.

It’s the Hebrew alphabet, although the tenth letter (י - yud) is attached to the one preceding it and the fifteenth letter (ס - samech) is incomplete.

Not the answer you're looking for? Browse other questions tagged translation .

7
Why translate Torah to 70 languages?
0
What are the possible reasonable meanings of “Love thy neighbor”?
6
Correct translation Hebrew to English Joel 1:8
6
What is the correct translation of הֵילֵ֣ל?
17
“Anyone who saves a life is as if he saved an entire world”: Jewish life or any life?
0
Can you help me translate an inscription on an amulet for a friend?
7
Why translate a vav, “but”?
1
Transliteration and text help for the nisim b'chol yom