Why do we have Adar I & Adar II- why don't we give the additional month a new name?

Building off the question of why Adar is chosen as the month to be doubled, why in a leap year do we have an Adar I and Adar II?

Why wasn't the additional month given a brand new name?

You've already discovered why Adar was chosen as the intercalated month, so I don't need to delve into that area.

See this answer for several reasons as to why we stick with the Babylonian names for the months in the Judaic calendar.

The Babylonian calendar wasn't adopted exactly as it was, but the names of the months were. This was recognized by the Sages in the Gemara, Yerushalmi Rosh Hashana 1:2.

Why the Jews adopted these Babylonian names is a good question. In fact, it seems like the Jews did have their own ancient names for the months, such as 'Ziv' and 'Bul', which are mentioned in Kings I 6:37-38, but weren't used by the time of destruction.

1.Ramban (Shemos 12:2) says that we adopted the Babylonian/Persian names as commemoration of the fact that God took us out of those countries (and brought about a smaller redemption from those exiles with the building of the Second Temple). This is parallel to the command regarding the new month and setting up of the calendar that came about with the redemption from the Egyption exile (see there, in Shemos/Exodus ch. 12). This reason (in slightly different forms) is also given by Rabbeinu Bachya and the Abarbanel in their commentaries there, as well as by R. Yosef Albo in Sefer HaIkarim 3:16.

In short, the Babylonians had twelve names.

Keep in mind that the idea of adding the extra month is older than the Babylonian era, anyway, and all the months were numbered.

In a sense, the numbering system is "easier" to understand than the way we have it now when we have the same month name used twice.

You should also view this answer as it suggests a different analysis, namely that during a leap year Adar is one "long" month lasting 60 days.

I would also suggest that since Adar II is the "real" Adar and the extra month is Adar I, perhaps if we gave it a new name we should call Adar I "pre-Adar" or "predar".

In short, The problem is that we ran out of YHWH combinations for the new month and this is true REASON.

Every month stems from one of the combinations of G-d's name (that's printed in Musaf for R"H) - has השפעות that come from a particular combination: 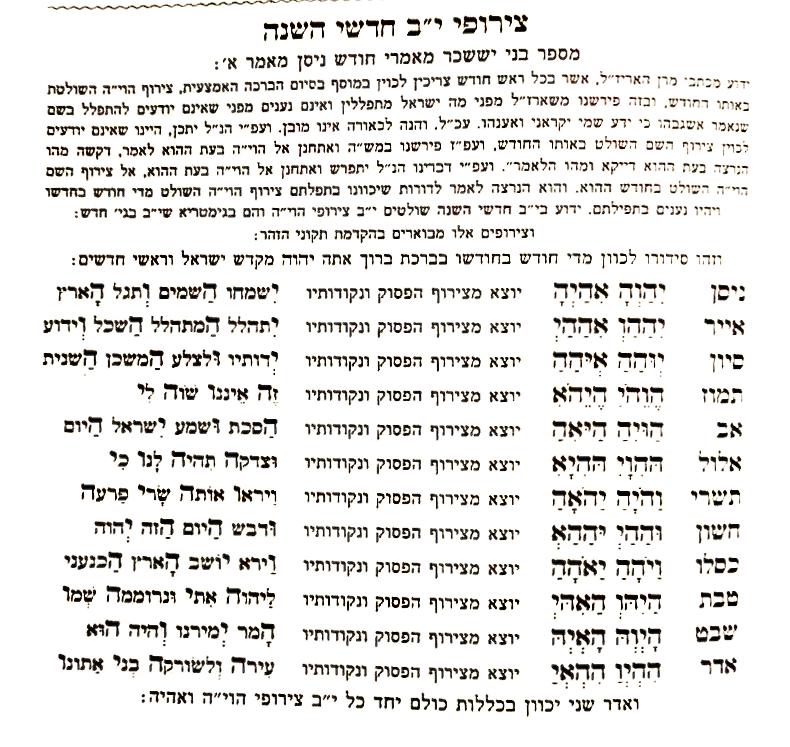 G-d's name - YHWH has only 3 letters י+ה+ו in 4 positions with two ה interchangeable. That gives only 12 possible combinations. Each month represents a combination.

Any additional month has to have a unique combination of the name like having its own personality and there are none left. That's why we're stuck with that boring Adar II.

That's why we have 12 in daily hours also. And this is also represented well in Astrology and more.

12
Why use Babylonian calendar instead of our own?
6
Why do we use Adar, specifically, for the Jewish leap year?
8
"לְחֹדֶשׁ שְׁנֵים עָשָׂר" in the Megillah and Al Hanisim

6
Why do we use Adar, specifically, for the Jewish leap year?
9
"Veadar" as the name of the extra month in leap years?
18
Why is Purim on Adar II during a leap year?
8
"לְחֹדֶשׁ שְׁנֵים עָשָׂר" in the Megillah and Al Hanisim
42
In a leap year, is the extra month Adar I or Adar II?
23
How does one "add a year" in the Hebrew calendar?
4
Why does Adar signal additional joy?
0
Zodiac of Adar I