Why is the location of Mount Sinai not traditionally known?

Why don’t we know the exact location of Mount Sinai, after all if millions of people were there, surely they would have handed down the tradition of the location just like Kivrey Avos or Har Hamoriyah (Bais Hamikdash).

For example, in Pirkei Avos 6,2 Rabbi Yehoshua ben Levi said, “Every day a Heavenly voice goes out from Mount Horeb proclaiming and saying, ‘Woe to humanity for disdaining the Torah!”

Mount Sinai location was known for hundreds of years after Matan-Tora:

He arose and ate and drank; and with the strength from that meal he walked forty days and forty nights as far as the mountain of God at Horeb.

But, after we go through exile, how would you expect that a location of a mountain, in the desert, with no special features will be remembered?

This is probably due to purely practical limitations - with almost no maps or written descriptions of foreign areas people had no way to pass down the tradition except by going there and pointing out the mountain.

Josephus wrote that "Moses went up to a mountain that lay between Egypt and Arabia, which was called Sinai." Josephus says that Sinai is "the highest of all the mountains thereabout," and is "the highest of all the mountains that are in that country, and is not only very difficult to be ascended by men, on account of its vast altitude but because of the sharpness of its precipices".

This was still at a time when it was a few days walk for most Jews to go see the mountain, and it seems like the tradition was there but already unclear. After the destruction of the Temple there would really be no way to pass down the trasition.

It presents compelling evidence (but certainly not proof) that the real Mt. Sinai is Jabal al-Lawz - Google Maps, in Arabia. 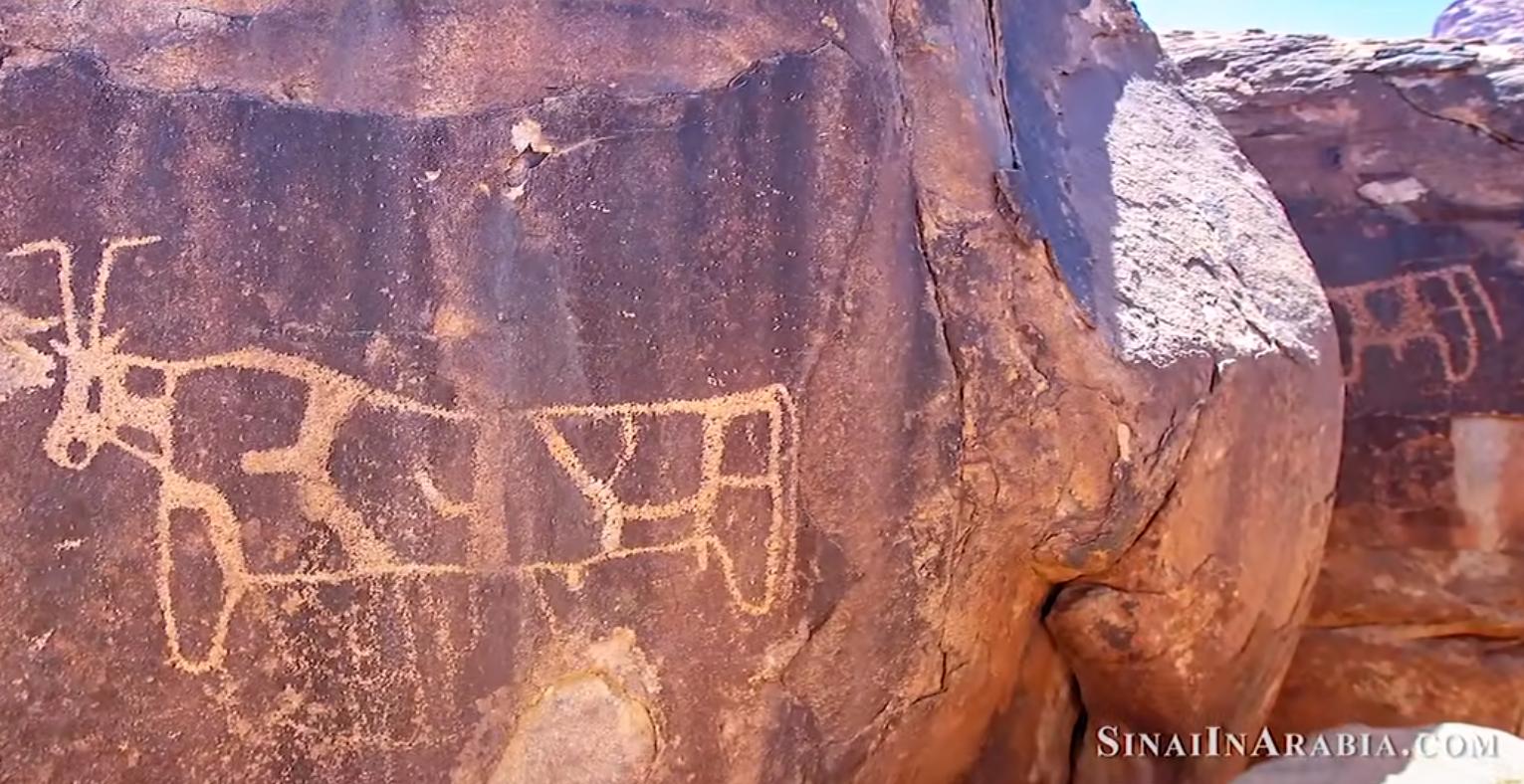 The video is respectful to the subject, and other than references to the Hebrew Scriptures and Josephus, does not have any religious content.

Even if you don't accept it as true, its stunning scenery alone makes it worth watching.

(Ramban on Deuteronomy 1:6). This was the area around Sinai (Exodus 17:6, Deuteronomy 1:6, 4:10, cf. Ben Sirah 48:7). Sinai is thus sometimes referred to as 'the mountain of Horeb' (Exodus 33:6). Others, however, say that Horeb was the lower of the two peaks of Sinai (cf. Ibn Ezra on Deuteronomy 1:6). Most early sources identify Mount Sinai with Jebel Musa or Mount Catherine on the southern Sinai peninsula, a five day journey (200 miles) from Egypt, and some 40 miles from the Red Sea (Ma'asoth Binyamin 24; Masa Rabbi Obadiah Bertenoro 3). According to this, Moses had traveled approximately 100 miles along the west coast of the Gulf of Aqaba. There are some difficulties, with this, however, since this 'Mountain of God' seems to have been on a direct route between Midian and Egypt (Exodus 4:27), and not more than a three day journey (some 120 miles) from where the Israelites lived (Exodus 3:18). On the basis of this, it may be conjectured that Mount Sinai was Jebel Ya'llaq (some 32 miles from the northern end of the Gulf of Suez) or Jebel Sinn Bishr (60 miles due east of Bitter Lakes). Obviously, this question is very important in determining the route of the Exodus.

The area was called Horeb (Chorebh) because of its dryness (Ibn Ezra). See note on Exodus 3:2.

Not the answer you're looking for? Browse other questions tagged mesorah-tradition har-sinai .

3
When did Moshe warn Bnei Yisrael not to go up Har Sinai?
5
In Devarim 5:5 why does Moshe connect the people's fear with not going up Mt. Sinai?
2
Why is the Mountain Sinai called Chorev as well?
3
Why was Har Sinai considered humble?