Naming a Child an Embarassing Name

If there is a problem, does this apply to naming a child a more classic Jewish name (e.g. after a recently passed relative), that will likely cause them to be made fun of later on. For example, would it be permissible to name a child "Yenta" in a community where this is not commonly used as a name, and it is likely that others will make fun of the child later in life?

A very Chashuv friend of mine helped me gather sources on this topic:

The following story is quoted here:

They tell the story that one of the Hassidim of the Penei Menachem (Gerrer Rebbe) came to his Rebbe and told him that he had decided to call his infant daughter "Yenta", after his grandmother. "I asked my wife, and she too agrees to name her this", the Hassid concluded, and waited for the permission of the Rebbe. However, the Rebbe responded with wonder: "And did you ask the infant herself if she agrees to this name"?

In Peninei Halacha (Family 1:28), Rav Eliezer Melamed suggests using a weirder name as a second name, employing the logic that the people being named after don't want to cause embarrassment to their descendant. Based on the context there, it is unclear if he would suggest not naming after this person at all.

In Sefer Metzuveh Veoseh Volume 2, page 158, the Chazon Ish is quoted as being opposed to naming children after relatives if they will likely be embarrassed later on. 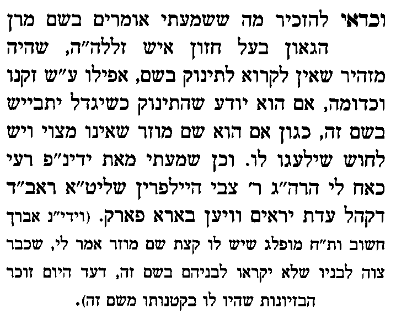 I think there's a difference between "naming" and "calling".

However, naming a kid with a name with questionable meaning is not an offense on its own.

So a pious Jew can name his son חמור (donkey) implying he'll be a notorious Torah scholar as per Yaakov's Berocho to Issachar - "יִשָּׂשכָר חֲמֹר גָּרֶם רֹבֵץ בֵּין הַמִּשְׁפְּתָיִם". This name is not worse than other Hebrew names like זאב or דוב. So as long as the parents call the son normally - there's nothing wrong, but once they intend to offend him - they transgress הלבנת פנים as a part of ואהבת etc.

Same applies to the son's teachers or friends, as long as he's called this name respectfully there's nothing wrong and once they call him חמור as an assault - they transgress.

What would you say about [religious] immigrant kids meeting in an Israeli school, their originally American or Russian or Iranian or Ethiopian names can be a matter of never-ending assaults. But can we blame the parents? What would you say to parents that called their girl "עצמאותה" in honor of the establishment of the State of Israel? OR כרמלה named after the mountain of Carmel in Haifa?

What would you say to the parents that called their Frum girl Feiga and she left the religion - are they responsible to the secular reactions to her name?

Please don't -1 if you don't like the Halachah, this answer only brings the Jewish law, not my personal views.

Not the answer you're looking for? Browse other questions tagged halacha names embarrassment .

5
Are there any limitations on changing a personal name in Halachah?
3
Halachot of Naming (kids)

8
Naming your child using a dead relative's initial
43
Setting aside Shabbat to answer the President's call
4
Naming a child after two relatives
3
adoption and qualifying for being “officially” considered Jewish
12
embarassing an anonymous person online
1
Is there a halachic prohibition with naming a child Iyov?
4
Naming your baby - does the name influence the child?
3
Naming a Child is it a zchus?