Adding aliyah breaks at the beginning of the parsha

Last year I was the baal korei at an aufruf. The shul's policy was to allow two extra aliyos for a simcha, for a total of 9 + maftir.

I've never heard anything like this. Was he correct? Is there a source for what he said?

There was plenty of room in rishon to add aliyah breaks. The parsha also wasn't Mas'ei or Ki Tisa, where there are specific reasons to have a long rishon.

The grandfather passed away this week. This question is dedicated lezeicher nishmaso.

In Orchos Rabbeinu Chelek 1, pg.121 (in the new edition on Otzar Hachochma, pg.227), 89 and 90 it's noted that the Steipler would get the third aliyah,but due to his weakness he did not do a full aliyah. 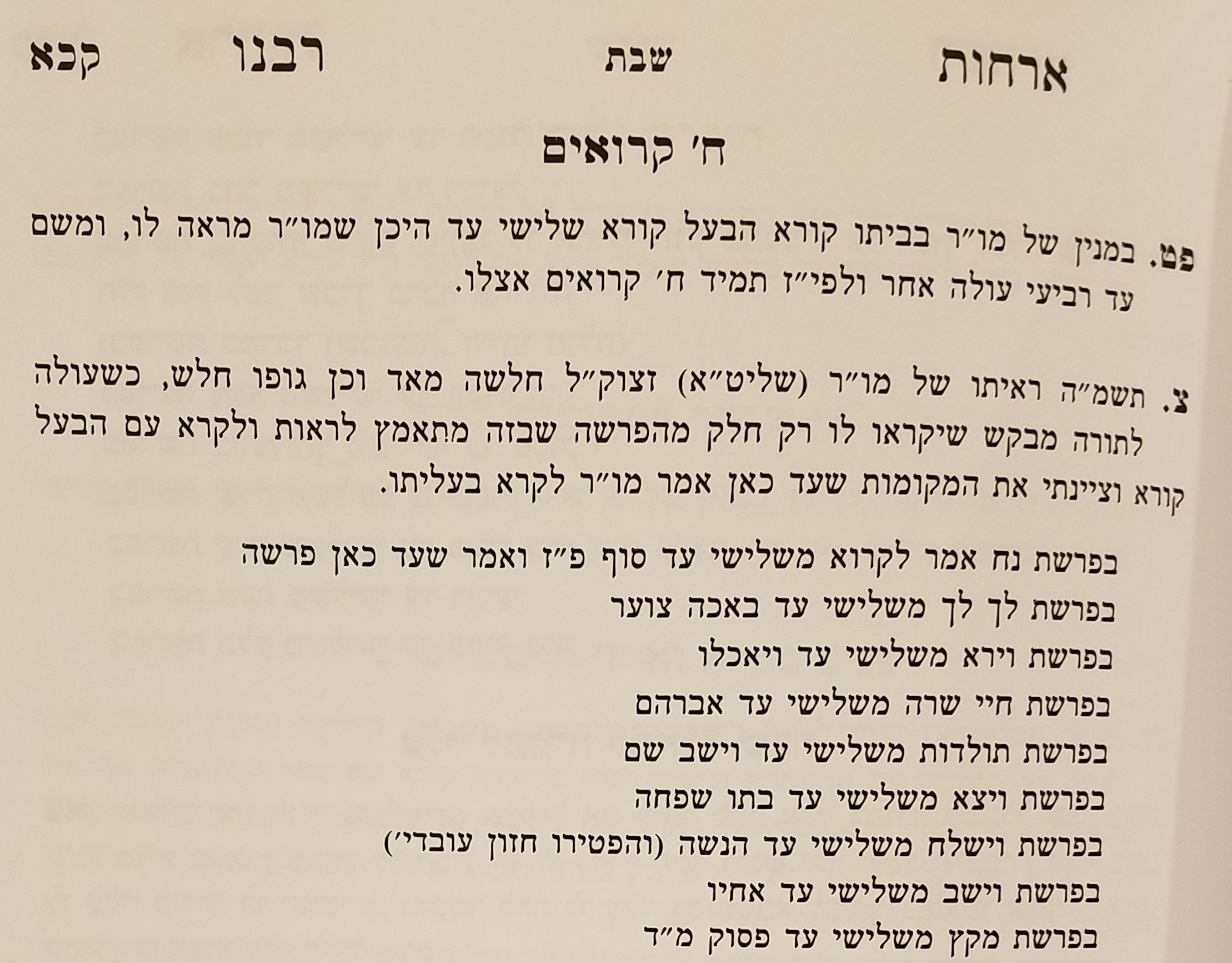 MeIkar HaDin, both Shulchan Aruch (Orach Chaim 282:1-2) and Rama agree one can add Aliyot either by subdividing at any point or repeating pesukim on Shabbat and Yom Tov. The Rama is machmir lechatechilah not to, though, unless there's a need and on Simchat Torah.

Not the answer you're looking for? Browse other questions tagged torah-reading .

0
What parsha is the most commonly read parsha?
2
3 Pesukim minimum per Aliyah
2
Berachah and Aliyah
3
What's significant about starting the parsha at Ki Tisa?
6
What is considered 3 psukim for "unusual" parsha breaks?
5
Adding a word by the Torah reading
2
Not your Parsha, Can you get an Aliyah