Yitzchak as an Olah Temima - Yes to Egypt - No to Shifcha?

Yitzchak and Rivka waited many years to have kids, until they davened.

The Medrash is quoted saying that Yitzchak didn’t take a Shifcha - maidservant- like Avraham did (Hagar) because he knew that he was an Olah Temima (from being brought up on the Akeidah). Thus because of that he couldn’t take a shifcha . I dont know why that should be a reason not to be allowed to take a shifcha - I’ve looked around , no answers. This Medrash is quoted in earlier seforim, see this sefer Divrei Shmuel (ספר דברי שמואל מאת הרב שמואל זנוויל בן חנוך מלובלין) for one such example: 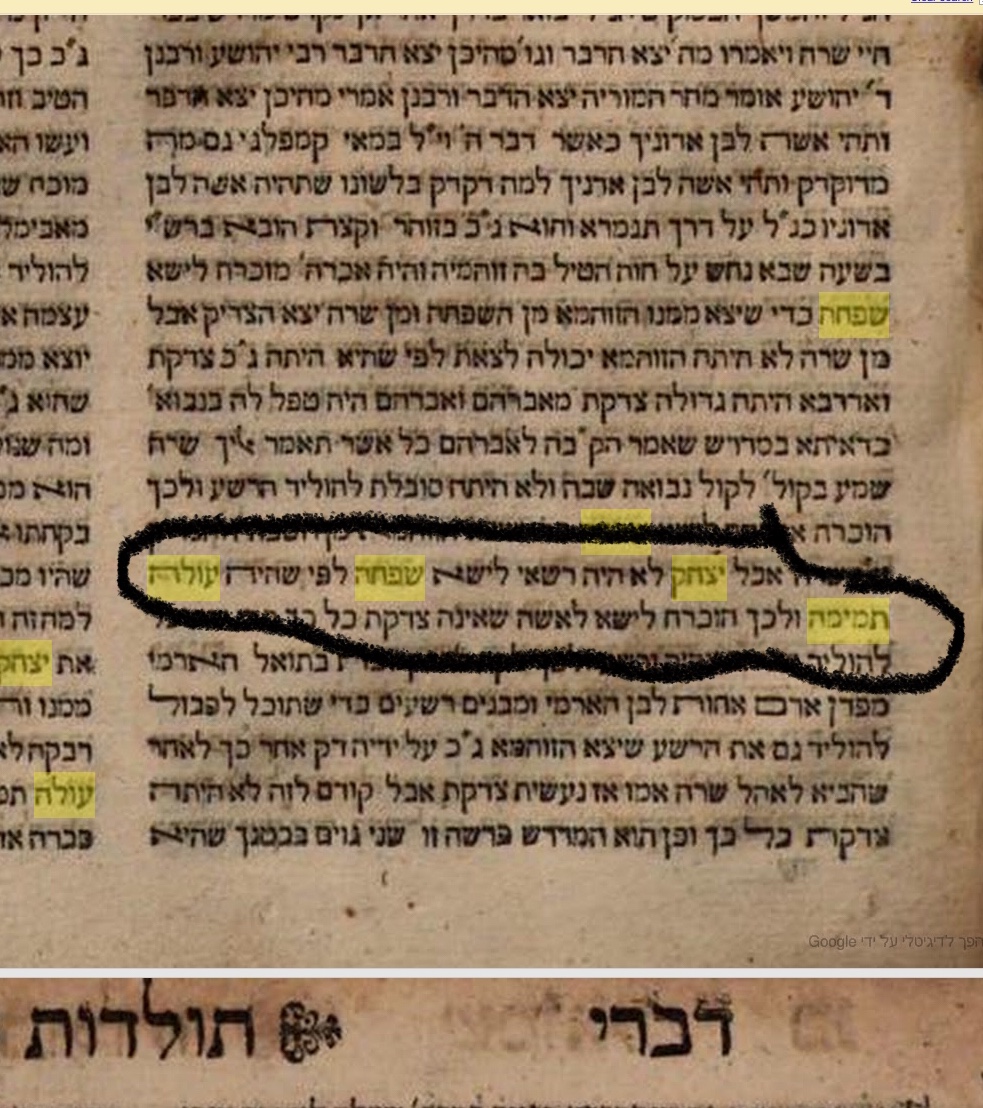 So, seemingly Yitzchak was aware he was an Olah Temima.

Yet later in the parsha, when the famine came, Hashem comes to Yitzchak and tells him, “dont go down to Mitzrayim, because you are an Olah Temima” (see rashi).

Both the Be’er Yitzchak and the Re’em explain that the prohibition for Yitzchak, as an Olah Temima to leave the land of Israel is because the Land had the category of an Azara - the sanctum of the Temple, where it is prohibited to take out Kodshei Kedoshim, and if you were to remove the Olah, it would become invalid.

What is the reason to be distinguish between these two situations?

Was Yitzchak aware of being an Olah Temima or not?

Rashi on 26:2 says that Yitzchak's reaction to the famine was to assume that it was a sign he should go to Egypt like his father did when there was a famine. That was why G-d told him not to go to Egypt because an Olah Temima shouldn't leave the Land of Israel. So if Yitzchak already knew he was an Olah Temima, it would stand to reason that he did not think an Olah Temima was not allowed to leave the Land.

[Note that a real Olah Temima is not allowed to leave the Courtyard of the Temple (see Mizrachi on the verse). Since Yitzchak was offered as on Olah Temima on exact future spot of the Altar (Rambam, Hilchot Beis Habechirah 2:1 ), and then left that spot, perhaps he thought that the spacial limitations of an Olah Temima did not apply to him.]

Note a similar rational applied to Yitzchak's thought to leaving Israel by the Lubavitcher Rebbe here:

2 Isaac had considered going down to Egypt, just as his father Abraham had: Having been raised by his father to believe in Divine providence, Isaac assumed that the famine was meant to induce him to journey outside the Land of Israel in order to disseminate Divine teachings there, just as his father had done.54

But God told Isaac not to leave the land, thereby affirming that his particular mode of bringing Divine awareness to the world differed from Abraham's. Abraham taught through outreach, traveling to his audience and tailoring his message to his listeners' ability to grasp. Isaac, in contrast, was to focus on intensifying his own Divine consciousness and that of his own immediate milieu. The force, clarity, and vigor this inner work would give Isaac a magnetic charisma that would draw the outside world to him and make them aspire to emulate him.

R' Moshe Luria explains (Kabbalistically if you're into it):

(please excuse the use of the original Hebrew terms, I don't translate them on purpose)

For those who're not familiar with those terms and ideas, don't just downvote it because you don't understand. I can elaborate for those who wants to learn.

Not the answer you're looking for? Browse other questions tagged parshanut-torah-comment parashat-toldot .

16
Why are parshat Noach and parshat Toldot named that way?
6
Ya'akov's brief amnesia
5
Is Ber. 26 in the proper chronological place?
3
Why does Rashi describe Mahalath as “Another unsuitable wife”?
5
Why doesn't Yitzchak chastise Avimelech about the wells the way his father did?
4
Why didn't Mordechai accept the clothes sent by Esther?
1
In Jeremiah 1:6-7 was Jeremiah actually a child?
3
Reconciling Seder Olam’s account of Ever’s death with the Pesukim
1
Evidence that Yaakov did the right thing in fooling his father to get the brachos