When did knee-high skirts become the standard of Haredi women?

Long skirts and dresses, covering ankles and feet was the standard of the women's fashion before on the dawn of the 20th century when the Beyt Yaakov movement began (actually earlier, but that's not the point).

Currently (I live in Jerusalem and work with a couple of Haredi seminars there.) "knee-high" skirts are de-facto standard of the Ultra-Haredi women both in the Litvaks and Hassidishers communities:

When and by approval of what Rabbis, did knee-high skirts become the standard of Beyt Yaakov graduates and teachers? In other words, when Haredi women were allowed to show their calves (with stockings of course)?

(I'm not arguing about how long exactly - just below, long below etc.)

In terms of when, we can point at least to the 1940's era. Here is an image from the 1940s of Beis Yaakov girls. The article discussing it details how, in later printings, using Photoshop, sleeves are lengthened, necklines raised, and knee-length hems extended a four+ inches. 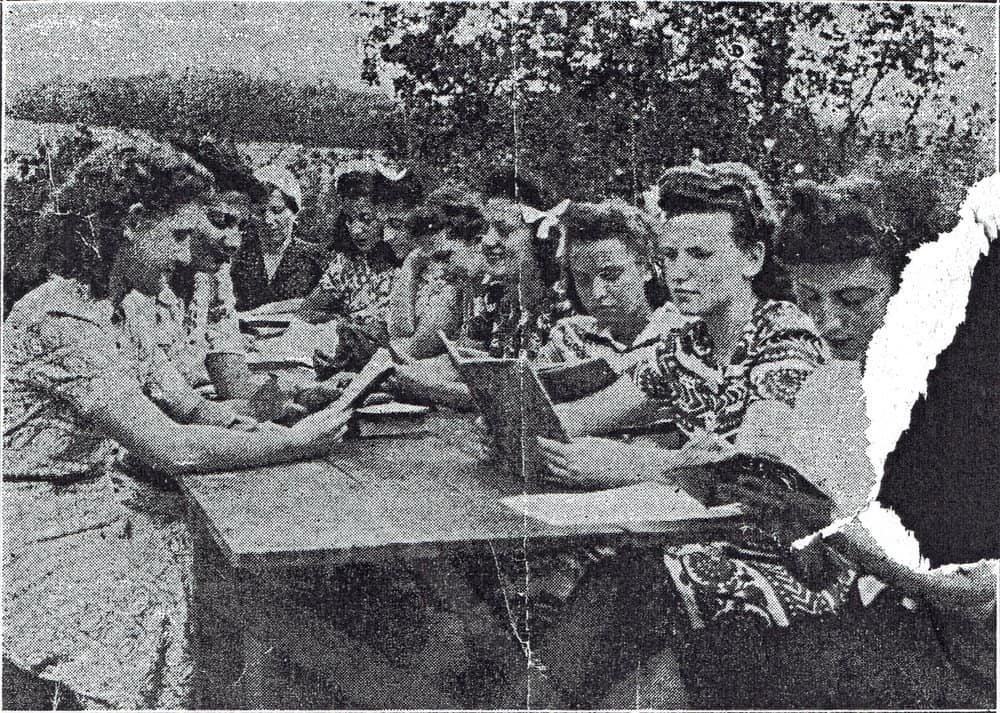 It is not clear which posekim they are relying upon. However, the following is from the Jewish Observer in March 1973, with a typewriting task for Bais Yaakov girls: 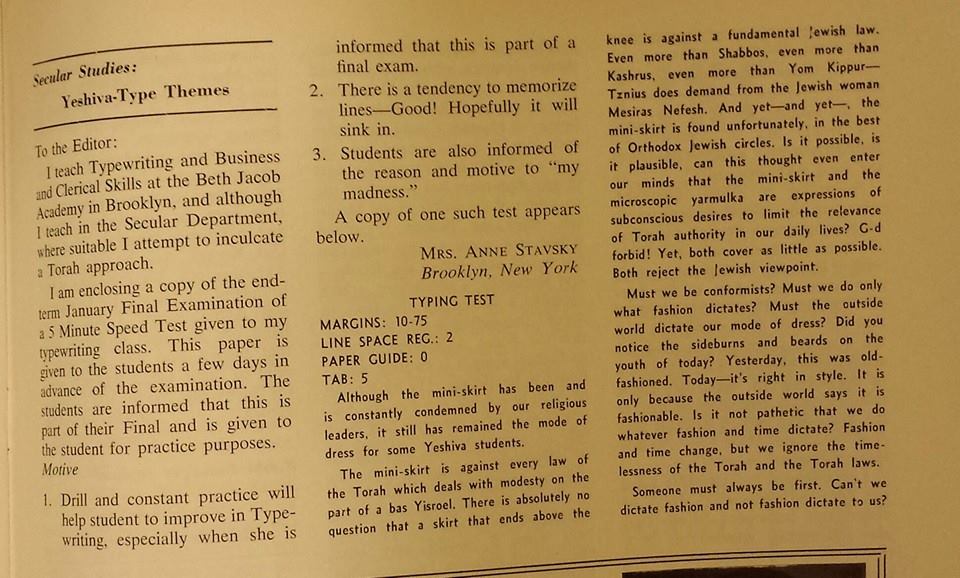 Note that it condemns specifically miniskirts, saying that "there is absolutely no question that a skirt that ends above the knee is against a fundamental Jewish law". This would track well with the position of Rav Moshe Feinstein, following the Mishna Berura, that the shok which is deemed "erva" is the thigh.

Not the answer you're looking for? Browse other questions tagged women tznius-modesty .

15
The laws behind the separation of men and women
5
When and why did women change to ritually bathing in the Evening?
3
What is the Heter for the prevalent Clothing among Women?
4
Are men allowed to listen to women on the radio?
2
May women say prayers aloud in the presence of men?
0
How much wine should women drink at the Pesach seder?
2
When does “The House of Somebody” mean “The Women”?
1
Is a crossdressing man obligated in tznius?