The greatest prophet after Moses

R. Jacob Emden, in his comments to Eruvin 43a, refers to Elijah the Prophet as the greatest prophet after Moses:

That Moses was the greatest prophet is hardly controversial. It is attested to in Scripture and enshrined into fundamental Jewish theology by Maimonides.

Elijah is probably the most famous prophet in Judaism. This is probably due to his involvement, according to various traditions, in Jewish life throughout the millenia – attending circumcisions, drinking wine from every house on Passover Eve, hanging out with some of the Sages in the Talmud as well as the Hasidic masters, etc.

The question is, though, is there anything to indicate that he was actually the greatest prophet after Moses? Whence did R. Emden know this?

In fact, perusal of some other parts of rabbinic literature leads to a different conclusion. R. David Kimchi, in his commentary to Psalms 99:6 writes that Samuel was possibly the greatest prophet after Moses, and in his commentary to Jeremiah he states this definitively and cites several verses that could be indicative of this:

R. Kimchi's ranking is perhaps supported by the Midrash Tanchuma which refers to Samuel as "Master/Teacher of all the prophets":

Beyond this, though, are there any authoritative sources that discuss prophet rankings (the earlier the better)? Either in support of, or contravening, R. Emden's view or R. Kimchi's view?

Interestingly, R. Emden's statement has been edited out of most editions of the Talmud. The only edition I was able to find it in was the Nehardea Talmud. Below is an image showing the Nehardea edition with the statement of Elijah's rank, followed by an image showing the Oz V'hadar edition with the part about Elijah's rank missing. That many of R. Emden's Talmudic comments have been censored/edited/concealed has already been pointed out by R. Jacob J. Schachter in his dissertation on R. Emden:

These novellae differ from Emden's Hagahot 'al ha-Shas printed in the back of the standard Vilna edition of the Talmud. Those comments represent a partial transcription of Emden's marginalia on his personal copy of the Talmud, presently found in the Jewish National and University Library of the Hebrew Universit in Jerusalem (Heb 4o 181). See Y. Yoel, "'Osef Kitvei-Yad bi-Bet Dfus Rom," KS XIII (1937), 521-522. Even a cursory comparative study indicates that not everything written by Emden in the margins of his private books was included in the Vilna edition. 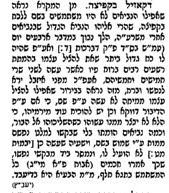 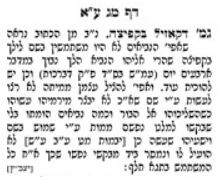 The Yerushalmi (Eiruvin 5:1, 31a) states that Elijah was טירונין לנביאים. The Korban Ha-Eidah defines this as גדול שבנביאים, and cites the Aruch who explains that this means he was the authority of the prophets (ענין שררה--see also here). [The P'nei Moshe, however, seems to understand the word as related to "tyro," i.e., a beginner.] It would seem that R. Yaakov Emden probably understood the Yerushalmi in accordance with the Korban Ha-Eidah. The Yalkut Shimoni, Melachim 209, gives a long list of parallels between Moses and Elijah, which strengthens the case for Elijah as the greatest prophet following Moses:

To summarize your two part quest, "Is there anything to indicate that he (meaning Eliyahu) was actually the greatest prophet after Moses? Whence did R. Emden know this?"

As you say, Moshe is the greatest of the prophets (אדון כל הנביאים) like is stated in Sefer Tzeidah l'Derech at the end in the laws relating to redemption and Moshiach.

Considering that Rabbi Emden was an expert in both the revealed parts of Torah and the concealed parts of Torah, it wouldn't be difficult to imagine that he was familiar with Sefer Brit Menucha by Rabbi Avraham of Rimon and which is attributed to Rav Chamaui Gaon.

In the beginning of that book, he explains a concept found in Isaiah 43:7 which says:

saying that all prophecy comes to us via/through these three angels represented by the word Shemi. שמ״י which stands for the names of the angels assigned as agents for prophecy.

In the order of the Rosh Teivot found in Isaiah, it places Moshe Rabbeinu in the center being escorted by both Shmuel and Elihau. And this is in keeping with the principle found in Brachot 43b that a Talmid Chacham (like Moshe Rabbeinu) should be escorted by two disciples (like Shmuel HaNavi and Eliyahu HaNavi) when traveling.

In the context of the discussion in Brit Menucha, it corresponds to the general arrangement called the three pillars of Chesed, Gevurah and Tiferet, which also correspond to the three Avot, Avraham (Chesed), Yitzchok (Gevurah) and Yaacov (Tiferet). Tiferet, which is the intermediate connecting link between the two extremes, comprises them both and is the greatest of the three. Chesed and Gevurah are escorts, so to speak to Tiferet, and are equal but opposite to each other.

Eliyahu is generally associated with Gevurah, which would mean that Shmuel corresponds to Chesed, which is also called Gedolah.

So linguistically Rabbi Emden would seem to referring to Eliyahu in the context of being a Gibbor, one who overcomes and overturns his opponent. And that appears to be his explanation in the first of the photographed images in your question.

4
Was Pharaoh a Prophet?
3
Why did Elijah the prophet pray for death?
2
Why is "Moses was the greatest of prophets" a principle of faith?
2
Was Eliphaz a prophet?
3
Why did Eliyahu the Prophet leave to paradise from the eastern side of the Jordan River and not from Israel?