Yichud with mother and daughter

A man can't be alone (yichud) with a woman who is forbidden to him, or even two women, since nashim daatan kalos (see Kiddushin 80b to 82a). There is a concept known as a shomer/es, who if you are allowed to have yichud with them, you can have yichud with a different woman who you normally can't. For example, a man's wife and an unrelated woman can have yichud together with the man (see MT Issurei Biah 22:4).

Now, can a man have yichud with an unrelated woman, and her daughter? I have two sevaras for this case and was wondering if there are any poskim which rule either way.

On the one hand, the Torah forbids marrying both of these women together (Vayikra 18:17), so maybe yichud would be forbidden. My reason to think it might be okay is the mother would not let her daughter commit immoral relations, so yichud with the daughter becomes permissible, thus permitting it with the mother. Or the other way around with the daughter not letting the mother commit adultery.

Reb Moshe in Igros Moshe אבה"ע ד סוף סי' ס"ד writes that there is no prohibition of Yichud by a mother and daughter, or granddaughter.

However, it would seem that this is not like the באר שבע brought in the Pischei Teshuva 192/7, and clearly not like Reb Chaim Plagi in שו"ת חיים ושלום חלק א' סי' ט"ז. 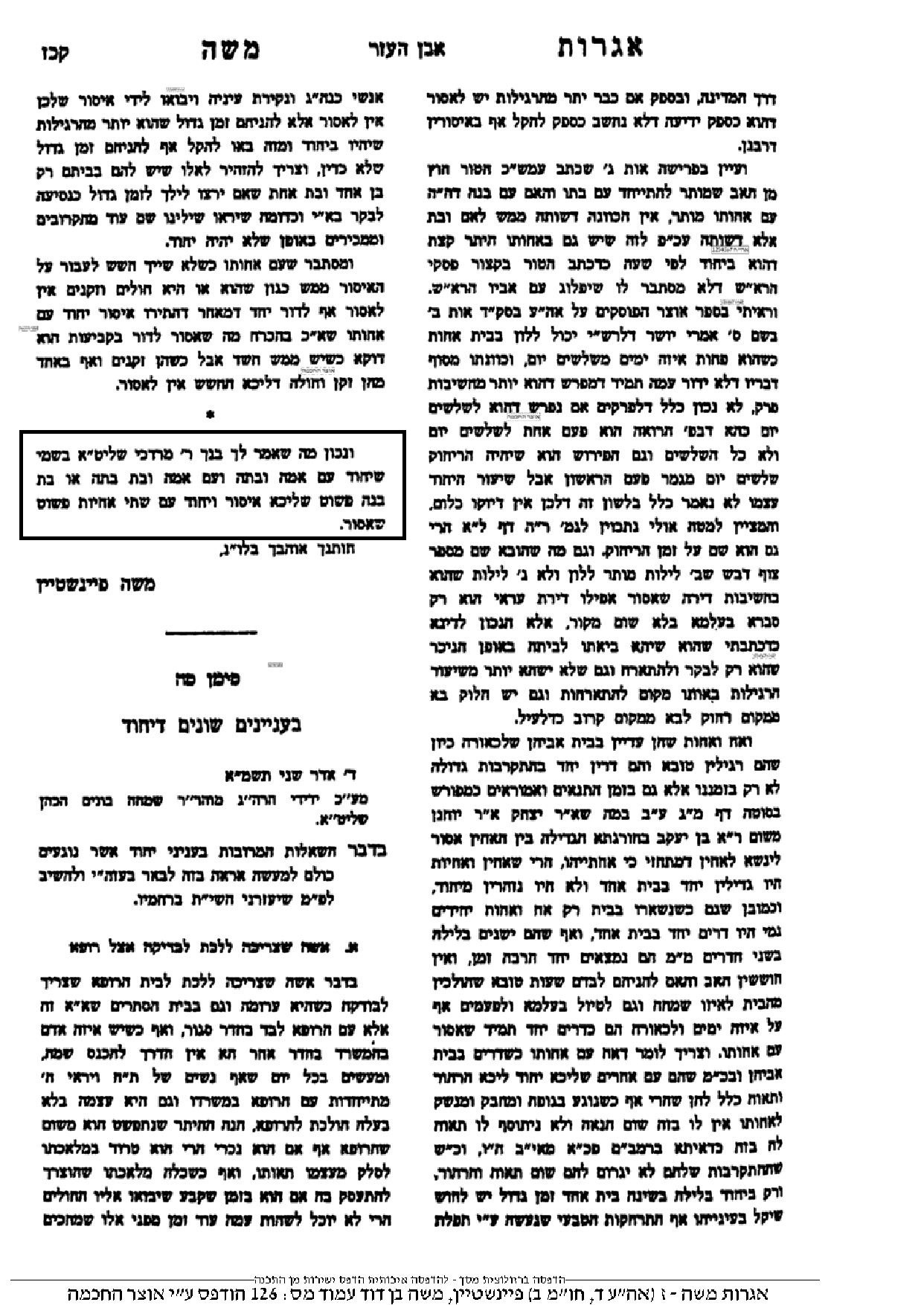 Not the answer you're looking for? Browse other questions tagged halacha sources-mekorot yichud-seclusion .

3
Source for story about R' Yishmael ben Elisha's mother?
7
Sex-less Marriage
5
Can an unmarried woman halachically cover her hair?
9
Is it permitted for a male to have a female therapist?
4
Yichud while sleeping
3
what is "מְזִיגַת הַכּוֹס" ("pouring a drink")
4
The Rambam's "Complete Repentence" + halachical logistics
0
Application of the baraita about "Don't profane daughter for Zenut" Leviticus 19:29 reported in Sanhredin 76a?
5
Who exactly is the "kedesha" according to Rambam's interpretation?