Mishnah Berurah style commentary on the rest of Shulchan Aruch

a little background— Chofetz Chaim wrote the Mishnah Berurah in a novel way, that one could learn his commentary and not need to read many others. He however kept the original text of the Shulchan Aruch, keeping it an essential part of the product. He also “invented” the other explanations on the side of his page for additional information and sources.

This is in [direct] contrast for example, with the Aruch Hashulchan who “rewrote” the book, excluding the direct Shulchan Aruch text.

The Mishnah Berurah was only written on Orach Chiam (1/4) on account of the enormous job at hand, and that it took up a majority of his life.

I have come across personally such “copycats” of the Mishnah Berurah, that present the same style of information, aiming at a similar goal. (Example pictures below)

One is on הלכות נדה in Yoreh Deah, written by Rabbi Moshe Mordechai Karp. (Printed in the back of the second volume of משמרת הטהרה.) And he actually says in the Sha’ar Page that he is following the tzurah of the Mishnah Berurah.

Another is on ‏ הלכות שכירות פועליםcalled ‘חלקת בנימין’ written by Rabbi Binyamin Cohen. (Although he does not state his goal as being to emulate the Mishnah Berurah)

Are there others who have taken on individually such projects, with similar goals? (Including the authors mentioned above) Are there enough of these style of commentaries that one could study any section of the Shulchan Aruch under this style? 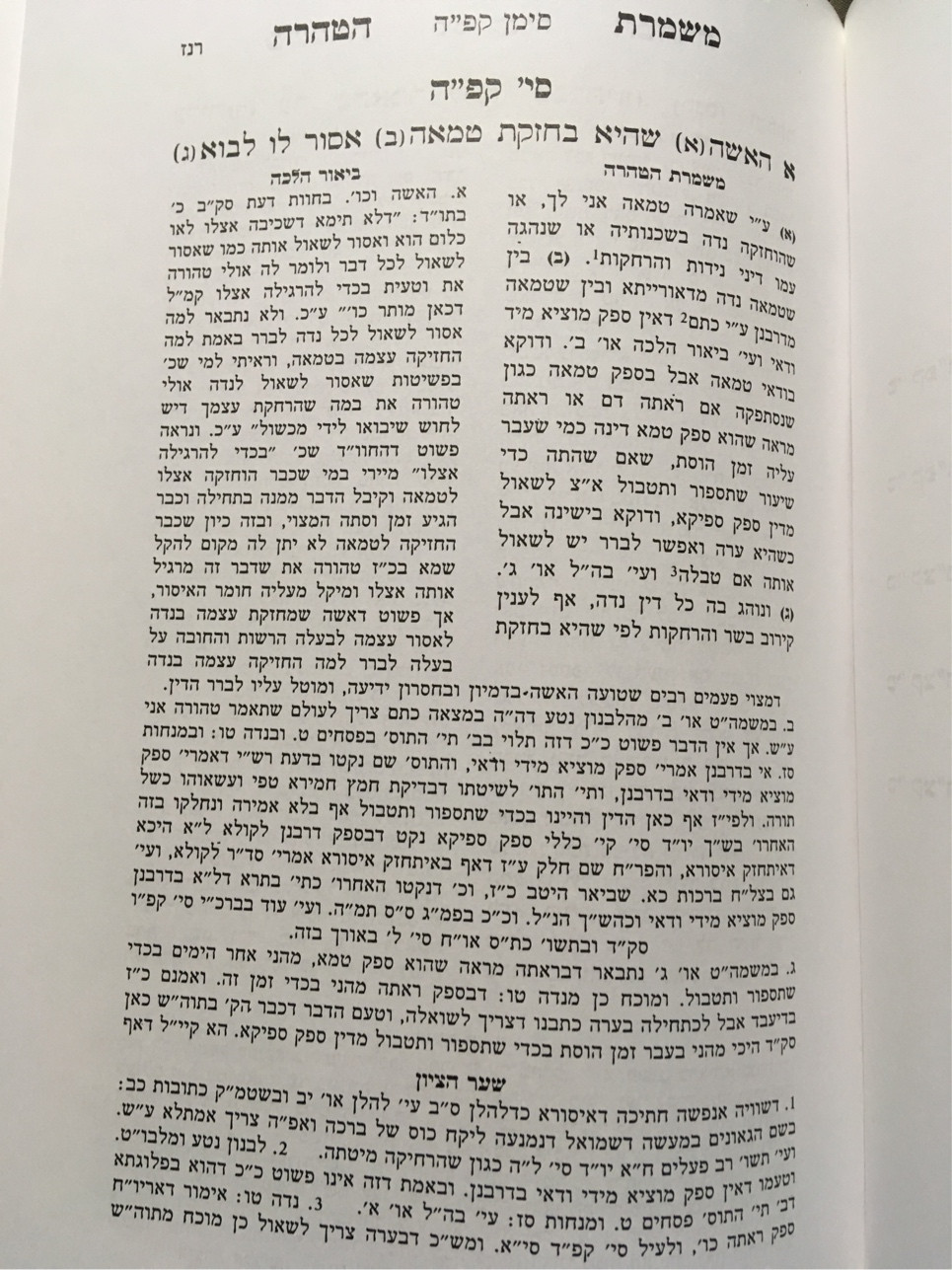 Yes, there are many such kind of seforim on all parts of Shulchan Aruch (in fact, almost all of it). Prof. Spiegel in his recently published book, 'Amudim Be'toldot Ha'sefer Ha'ivri - Hadar Ha'mechaber' (449ff.) documents the wide range of this category of seforim. A number of examples -

Also notable is 'Even Berurah' on the Even Ha'ezer section.

Also Chelkas Binyamin has other volumes besides the one you mentioned.

Besides what others have mentioned, there's Kaf Hachayim (by R' Yaakov Chayim Sofer, lived about the same time as the Chafetz Chayim) on Orach Chayim and parts of Yore Dea.