Does every woman have a destined match?

There is a Talmudic statement in Sotah 2a which is commonly used as the source that every person has their destined match (the parameters of "destined" is a separate discussion):

for Rab Judah has said in the name of Rab: Forty days before the creation of a child, a Bath Kol issues forth and proclaims, The daughter of A is for B; the house of C is for D; the field of E is for F! (Soncino translation)

At face value, this statement only speaks from the man's perspective. That is to say, when a man is born Heaven announces his destiny. This "destiny" consists of his destined wife, his destined field and his destined house. However, the Talmud makes no mention of a Heavenly announcement preceding a woman's birth wherein Ploni is destined for the Daughter of Ploni.

Based on this, perhaps the concept of "bashert" only applies to men and not to women. (This would seem to be a big chiddush, as every discussion of shidduchim that I've ever seen appears to be based on the premise that everyone, both men and women, have their destined match.)

Indeed, Tosafos on the spot explicitly notes that the Talmud seems to be discussing the male perspective:

R. Samuel Eidels, in his commentary to this Tosafos, appears to come perilously close to saying straight out that this only applies to males:

Meaning to say that the male is born with his destiny, but the woman is clean. She comes without destiny because her destiny has already been made dependent on the formation of her male partner. (Translation of bolded portion only)

In light of all this, is there actually an explicit Talmudic source that women have destined matches as well? Is this issue discussed in Rabbinic Literature (either on this Talmudic passage or elsewhere)? Have any contemporary shidduch discussions noted this?

(Technically, a valid answer could be that the Talmud is not speaking so precisely, and simply did not bother to spell out that the reverse is true as well. However, I am primarily looking to see if any commentators even took note of this issue. If one did and concluded that the whole thing is not meant precisely, that is fine.)

It appears that I might not have done a good job explaining what I am asking. My question is based on two premises.

Even before I ask the actual question, one can answer by challenging either of my two assumptions. If either of my assumptions is proven incorrect (either via sources or some other form of argumentation) then the question will never start.

Now here is what I am not asking:

Thank you to those who have already commented/answered. If I have still failed to adequately explain my question, please ask me to clarify further.

Tosfos HaRosh on the gemara in sotah:

If I have understood this correctly, he says that זוג שני in the gemara must refer to the second marriage for both man and woman. If it was first marriage for either, the marriage would have been from the decree pre-conception.

This assumes that the statement in the gemara applies to both genders equally.

There are various parallel passages to this Talmudic passage scattered througout Midrashim. One such passage is found in Bereshis Rabbah Parshah 68. In this Midrash we read about a matron who asked R. Yose Bar Chalafta what God has been doing since creating the world. R. Yose told her that God spends His time making matches:

While this is the text in the standard version, the critical edition by Albeck & Chanoch actually has a slightly different text:

The phrase that I bolded might be the answer to the question here. The apparent redundancy of "man to woman" and "woman to man" may be telling us that every man has a woman who is his match, and every woman has a man who is her match.

If this understanding is correct, this would be a source in Hazalic Literature that both men and women have destined matches.

Here is the actual page (full PDF here) of the critical edition of Bereshis Rabbah with the phrase underlined: 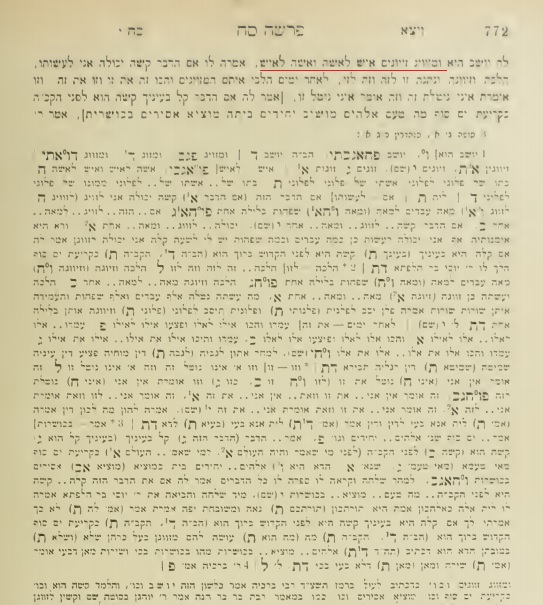 The version in Yalkut Shimoni, both in Bereshis 117 and in Tehillim 794, has this phrase as well.

You seem to have provided pretty good sources that this gemara in fact does not apply to women. I agree with your conclusion based on your evidence.

You ask on this, how is it that "everyone" uses this as a source for the idea that everyone has a predestined match. I believe that you are requesting a source that would discredit your sources. I disagree with your approach.

First of all, we don't know who "everyone" is. However, taking "everyone" into consideration, suppose you are right, and there is no source for women being given a predestined match. "Everyone" would still be right! That is, because at least 95% of women (so be super safe) are the subject of some man's bas kol. This should give heart to any girl struggling with shidduchim, that someone out there is meant to go and find her, and her name has already been picked for the special someone out there for whom she was chosen by Heaven.

I believe what I write is very sensible, however it does not provide you with that which you asked for, that is, "is there actually an explicit Talmudic source that women have destined matches as well? etc."

(Another question might be, "what is the meaning of this disparity?" Al berko touched on this issue, however he might have done a better job...)

This question should look at the math.

Example: There are 100 males and 100 females in the set of births. As long as a particular girl is designated for one of those particular boys, then by definition, they both have a "destined" match.

Sure, you could approach it by saying "Every boy gets a designated girl assigned to him from heaven, before he is born." But then, once you say that, it will also be exactly true that: "Every girl has a designated boy, as well." The only difference is whose perspective we start the analysis from (the boy's or girl's?)

So both need to be true. Saying "every boy has his girl" causes the statement: "every girl has her boy." to become in a sense, redundant. It is two sides of the same coin.

The difference however can be shown in a case where a man marries his destined woman who happens to be 2 years older than he is. So, when she was born, her future husband's "40 day pre-birth announcement" was not yet made. She then lived for 1 year, 10 months, and 20 days as an infant, without any designated match. Then the boy's announcement was made, and she became designated to him at that point in her life. However, when the boy was born, he never existed a day on Earth without his designated girl.

So, in that sense, a woman can be born "clean" without a "mazal" or designation, while a man cannot.

The alternative possibility (that there could be some people born without a designated match, boy or girl,) is not ruled out by the quoted Gemara in Sotah 2a. The Gemara merely says that the time for destined matches to be announced is 40 days before the formation of the boy-fetus half of the match. It need not be read to mean that everyone must have a match, or that such a match must happen on Earth, or that matches cannot be changed etc.

Therefore, any other combination of inquiries into statistics of live birth ratios (male vs. female) , divorce rates, infant mortality, etc. are all moot. Rather, it is simply that the designation is made based on the readiness of that particular boy as was said above.

4
What is specific about the pre-ordination of these 3 things - spouses, houses, and fields?

14
Does someone who dies very young have a soulmate?
18
What sources, prior to the 19th century, support or refute the existence of the Council of Jamnia/Yavneh?
2
Do Amalekites not have souls?
22
Does Judaism have a concept of holy text literalism?
6
Who says the wicked are full of remorse? Help tracking down a supposed statement of Chazal
4
What is specific about the pre-ordination of these 3 things - spouses, houses, and fields?