Where is the midrash of Tobit?

A summarized account of the Apocryphal work Tobit (Tuvia in Hebrew) is supposed to appear in Bereishit Rabbah. (Source: Wikipedia) I have read that the midrashic account is connected to Jacobs vow (Genesis 28:22). Does anyone know where in Midrash Rabbah this account is located? (I could not find it in parshat vayetzei).

This appears to be a mistake on the part of Wikipedia. The reference seems to be to an Aramaic manuscript of Tobit published by Adolf Neubaur[i]. This 15th century manuscript apparently mentioned a "Midrash Rabba d'Rabba", as its source. Although the identity of this Midrash is not clear, see Neubaur's discussion there, it may be identified with B'reshit Rabbati, a medieval work based on the writings of R. Moshe HaDarshan. Regardless, the reference is not to B'reshit Rabba, or the rest of the Rabba series.

i: The Book of Tobit a Chaldee Text From a Unique Ms. in the Bodlein Library (1878).

I don't think there is any such explicit ref. in the Midrash to Tobit, nor is there any mention of Tobit in the Bereishit Rabbati (ed. Albeck) in the section of Jacob's vow. Dubious "connections" can be drawn between MR (Gen. Ch. 70) where the Midrash relates the tithes that Jacob designated and Tobit (1:7-9) where he too designated tithes on his journeys to Jerusalem for the festivals.

Alternatively, Tobit is reported to have instructed his son Tobias to present generous alms giving to the angel who aided in returning them safely (Tobit beg. Ch. 12) and this too is construed as a parallel to Jacob's oath uttered during his importunate state.

I concur with @mevaqesh that it's probably a mistake on Wikipedia's part.

Adolf Neubauer was referring to a midrash called "Rabbah d'Rabbah" that appears in a manuscript that collected different texts, one of them being an Aramaic version of Sefer Tuviyah: 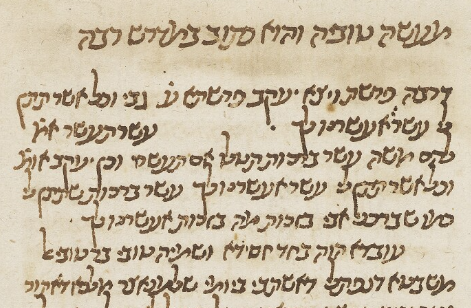 Although Neubauer thought that this midrash was both in the hands of the Abarbanel and, l'havdil, Raymond Martini, and that this midrash should be attributed to the amorah Rabbah, Joseph Fitzmyer argued compellingly in "The Aramaic and Hebrew Fragments of Tobit from Qumran Cave 4" that this version was likely a medieval translation of the older Greek translation, itself probably having been translated from the even older Aramaic version that had been extant around the time of the Dead Sea cult (there are significant differences between the older Aramaic and the "newer" Aramaic, yet significant similarities in word-choice between the "newer" Aramaic and the Greek).

It's worth noting that a Chazalic version of the story may be found in Tanchuma. In Professor Yehoshua Grintz's edition of Sefer Yehudit he mentions Sefer Tuviya quite a bit. Near the end, when discussing midrashic versions of Yehudit, he wrote:

Translation: "What is the basis of this midrash? It seems clear that this is an "oral Torah", a general summary based on memory. This story stands parallel to "Yehudit" as a story in the end of Midrash Tanchuma (Parshat Ha'azinu 9; Warsaw 5638, 442), versus "the Tale of Tuviya". In both of them the main story was trimmed down to a number of lines and the beginning and most of the body was cut off..."

It seems to me that Grintz's citation may be a typo. I haven't found a 5638 Warsaw edition of Tanchuma, nor does any version I've seen have more than 8 sections in Ha'azinu, but in the eighth section - which also appears in the 5639 Warsaw edition, there's a midrash about a nameless rich man who has a daughter who's been married multiple times and all of her husbands died quickly - just like Sarah in Tuviya. Then a relative of this man and his daughter comes from a far away place and requests to marry her, and thanks to a number of miraculous factors, he doesn't die. This is essentially the plot of Tuviya, but with much of the story cut off and most of the details removed, as Professor Grintz wrote.

Chanoch Albeck also said that this siman is a summarized version of Tuviya (Beresheet Rabbati, Introduction, pg. 15) and Neubauer also brought this midrash in his edition of Tobit.

Not the answer you're looking for? Browse other questions tagged midrash apocrypha .

2
Where is the Bandits/Teshuvah Midrash?
8
Is the midrash about the moon and sun being the same size intended literally?
7
Where does this midrash (for Vayetze) come from?
1
What was Jacob's nisayon (and where do we find this in the midrash)?
2
Where in the Talmud is there a discussion of which books to canonize and who redacted the books of Navi?
1
Where in the midrash does it state that David told Yisrael that not everyone will be Torah scholars?
2
Where is the midrash of “300 days of Tefillin?”