Why do some people split the third and fourth wrap on their arm when wrapping tefillin?

When wrapping their tefillin shel yad, I have noticed that some people (mainly Chasidim, especially Lubavitch but also in other dynasties) wrap around the arm three times, then make a visible split and wrap four more times, like this: 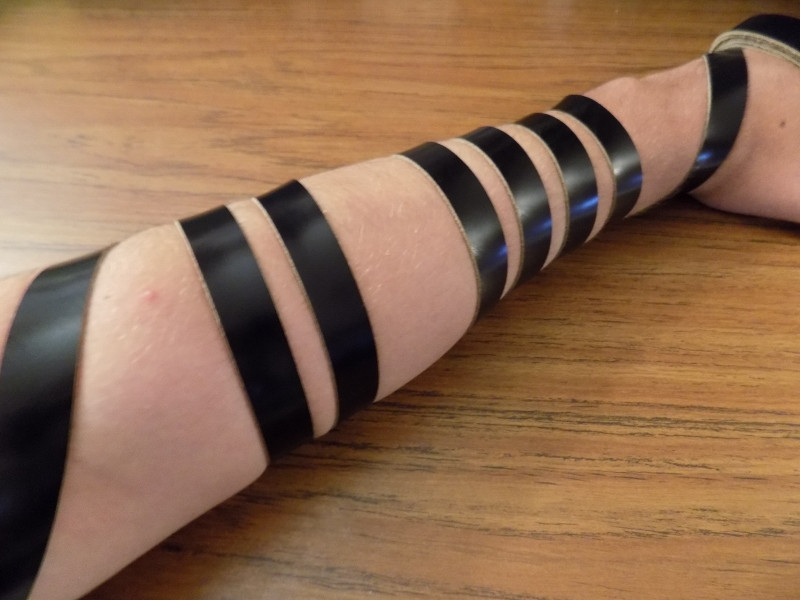 What is the reason for splitting the wraps like this? I assume it is to fulfill some kabbalistic requirement, but I could be wrong.

What's funny is that I wrap this way (splitting the wraps) but I don't know the reason for it.

I didn't mean to post a question and then answer it myself, but in my searches on Chabad.org I found this question and answer page which discusses why there is a custom to leave space between the third and fourth wraps of the tefillin shel yad.

Why is it Chabad custom to leave space between the third and fourth tefillin "wrap" around the arm?

The first three coils correspond to the three letters of the divine name ש-ד-י (Shaddai). The latter four coils correspond to the four letters of the divine name י-ה-ו-ה (the Tetragrammaton). Because these two groups of coils represent two different names, it is appropriate to leave a little space between them. The amount of space you should leave is not specified anywhere—just leave enough space so that the break will be noticeable.

I would still be interested in more answers, by the way.

Not the answer you're looking for? Browse other questions tagged tefilin chasidut-hasidism .

12
Why do some people wrap their Tefilin around their arms 8 times?
4
Why do we wrap tefillin around the forearm and hand?
3
Source of custom of putting on head tefillin before completely winding yad tefillin?
2
What is this tefillin minhag?