Is there a source for the notion that someone who is killed "Al Kiddush Hashem" is not held accountable for his sins and goes straight to Gan Eden? Does this apply only when dying willingly?

The source is a Gemara in Sanhedrin 47a where it seems to imply that anybody who was killed (as opposed to dying a natural death) gains atonement.

The parameters of this are discussed in the Gemara
(and I hope to fill them in when I have more time, if nobody does it for me.)

Then we find various Midrashim who explicitly talk about those killed Al Kiddush Hashem being considered righteous. Here are a few, which shall be translated as soon as I have time. 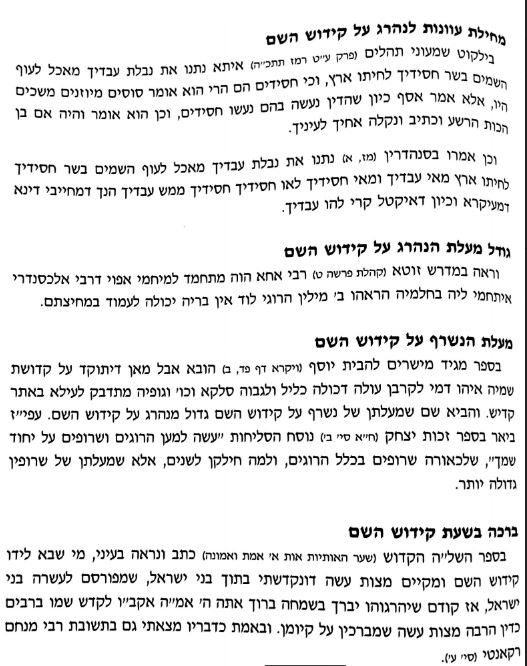 Apart from Danny Schoemann's answer, there's another source that talks about this (Pesachim 50a), attributed to Rav Yosef the son of Rabbi Yehoshua son of Levi, who recovered from a coma in which he apparently had some visions of heaven.

"And I heard they were saying (in heaven), 'No one can stand where those killed by the government are.'"

Who are they? If you say Rabbi Akiva and his friends, because of being killed by the government and nothing else? (Rashi: They didn't do anything else to deserve it?) Rather, those killed in Lud. (Rashi: Two brothers who admitted to a murder they didn't commit to save others who were incorrectly blamed for the murder.)

3
Source that martyrs don't feel pain?
10
Is someone killed by force called Kiddush Hashem?
2
Letter from the Chofetz Chaim about non religious martyrs

9
Wedding Day Forgiveness
3
Source that martyrs don't feel pain?
4
What are the parameters of Kiddush ha-shem?
10
Is someone killed by force called Kiddush Hashem?
6
“Fathers shall not be put to death because of sons, nor shall sons be put to death because of fathers” - Contradiction?
3
Is there a Rabbinical argument that Hashem holds Baal Teshuva to a different standard from those born in observant households?
4
Gehinnom; the place where the confrontation with one's own sins helps to purify this person?
10
Is there a status of Tinok Shenishba for non-Jews?
1
Is there a Modern day example of someone Sacrificing their Life to Sanctify HaShem's name?