What was the Lubavitcher Rebbe's approach to rebuke?

Did it differ from when he was giving to others and from when he was telling others to give it? There's always the stories of him being very loving and reaching out to every Jew and emphasizing ahavat Yisrael, etc.. and the general approach of Chabad seems to be not to push.

The Rebbe's approach to rebuke is the same approach stated explicitly by the Alter Rebbe in chapter 32 of the Tanya, Likkutei Amarim since he is ממלא מקוםו, like is taught generally by all the Rebbes of Lubavitch.

What about the statement in the Talmud that if you see your colleague sinning you must hate him, and also tell his teacher so that he should hate him as well?

That's talking about someone who is your peer, who learns Torah and does all the mitzvahs. He did something that he should have realized is wrong and you rebuked him for it, as the Torah instructs you, "Rebuke, you shall rebuke your comrade." The word for comrade used here is "amitecha." Who is amitecha? The Talmud tells us that this means those people who are with you in Torah and mitzvahs. Nevertheless, this friend of yours still has not repented from his sin. This is how the situation is described in Sefer Charedim.

Let's say, however, this person is not your comrade in Torah and you are not close with him. In that case, Hillel the Elder instructs you to "be of the disciples of Aaron: love peace...love those that were created and attract them to Torah." He was speaking of those who are far from G‑d's Torah and from being observant Jews—which is why he calls them just "those that were created." He was saying that you must pull in these people with thick cords of love, and perhaps, with all this effort, perhaps you will attract them to Torah and to the service of G‑d. Perhaps yes, perhaps not. Whatever the outcome, you have not lost the reward for showing love to a fellow Jew.

With you in Torah and mitzvot means at the same level and station as yourself. Additionally, the expression comrade means you must have a close relationship with that person.

Reb Yoel Kahn (One of the biggest Chassidim in America) wrote a letter to Reb Mendel Vechter (A Satmar Chassid who was becoming Lubavitch).

(Note, it's a twenty some pages long!) 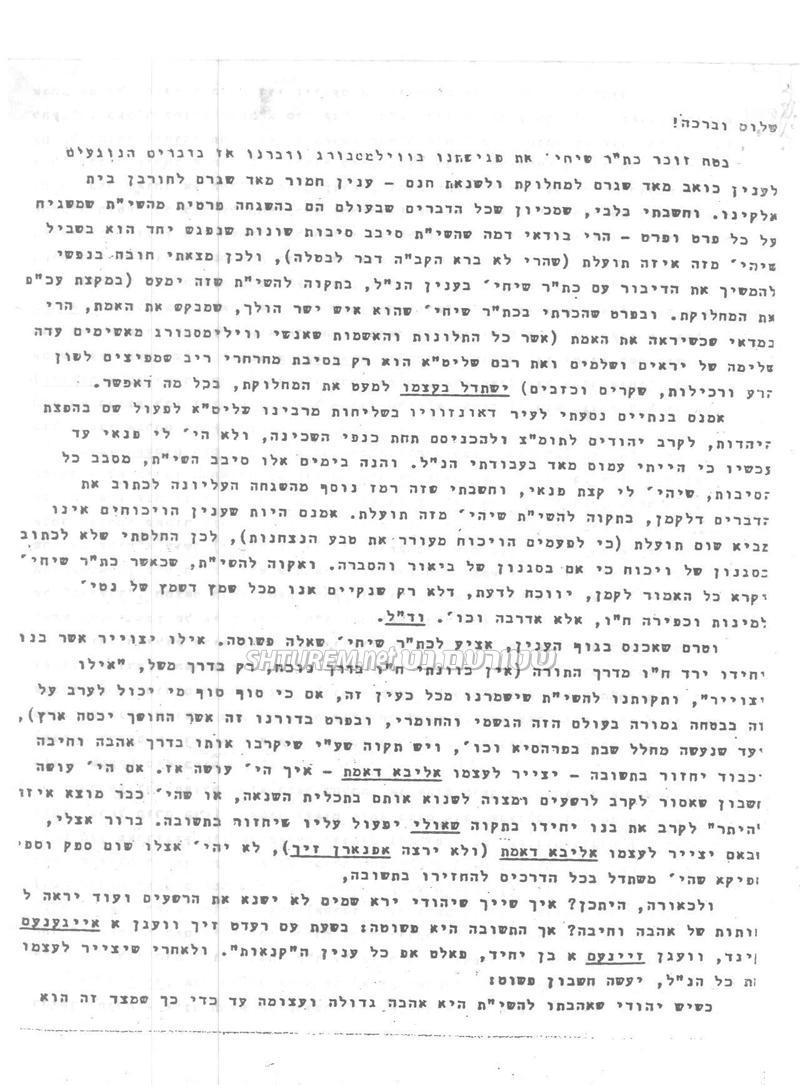 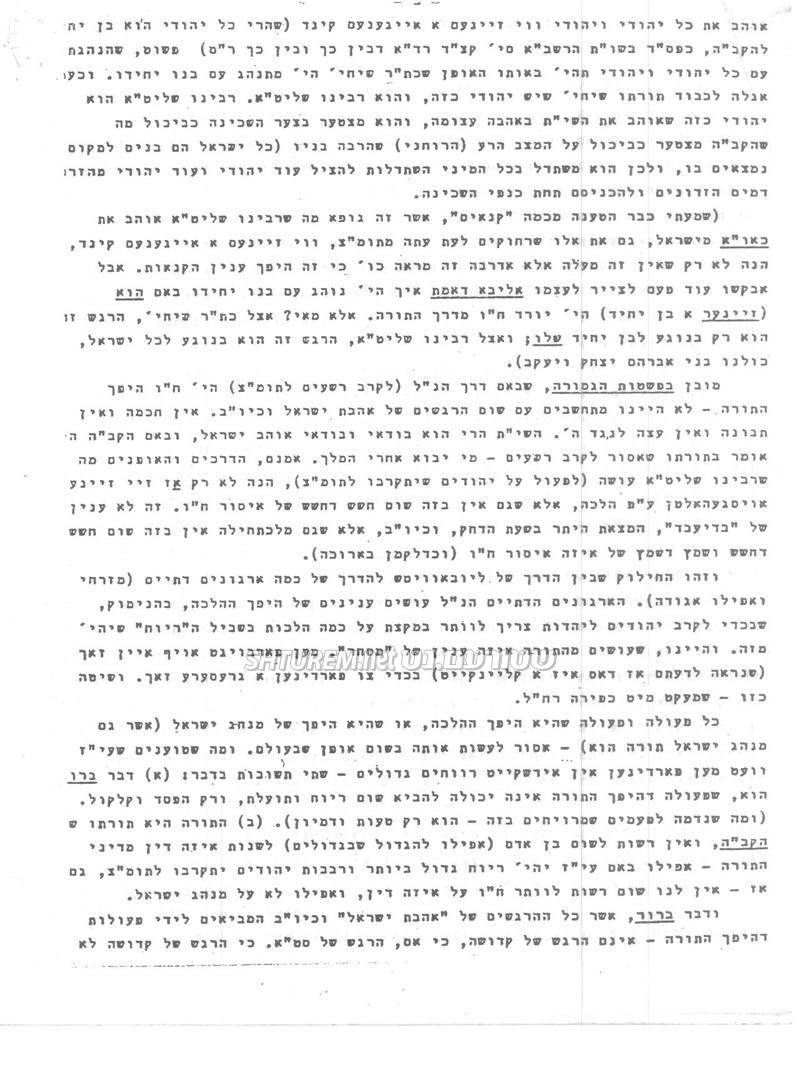 He wrote (in short) that the Rebbe's approach was that our job is to bring back Jews to Judaism, and if it has to be done through love, so be it.

2
Lubavitcher Rebbe's view on Rashi
8
Igrot Kodesh of the Lubavitcher Rebbe zt'l
12
Did the late Lubavicher Rebbe consider himself a to be a prophet and/or the mashiach?
4
What was the Lubavitcher Rebbe's position on women's gemara study?
6
Looking for a text by Yosef Perl (a parodist of Rebbe Nachman)
4
What is the closing psalm at Chabad services about?
3
Is there definitive breakdown/explanation of the various philosophical differences of Hasidic dynasties?