Why does a Chabad tallit katan have silk corners?

All wool tallitot katanim I have ever seen have reinforced corners, usually made from a square of cotton cloth. This prevents the tzitziyot from tearing through the hole from daily "wear and tear" and rendering the tallit katan passul (unusable).

Why is the Chabad minhag to have corners reinforced with silk? In the comments to this question before I edited, people didn't understand that I know that the silk is there to reinforce the corners and keep the hole from tearing through. But why specifically silk, when other tallitot katanim have cotton corners? Cotton seems to me a better material to reinforce with anyway, as silk is a delicate cloth and can easily develop tears, holes, etc.

For those who were unfamiliar with this aspect of a Chabad tallit katan, please refer to these pictures, courtesy of Ben's Tallit Shop: 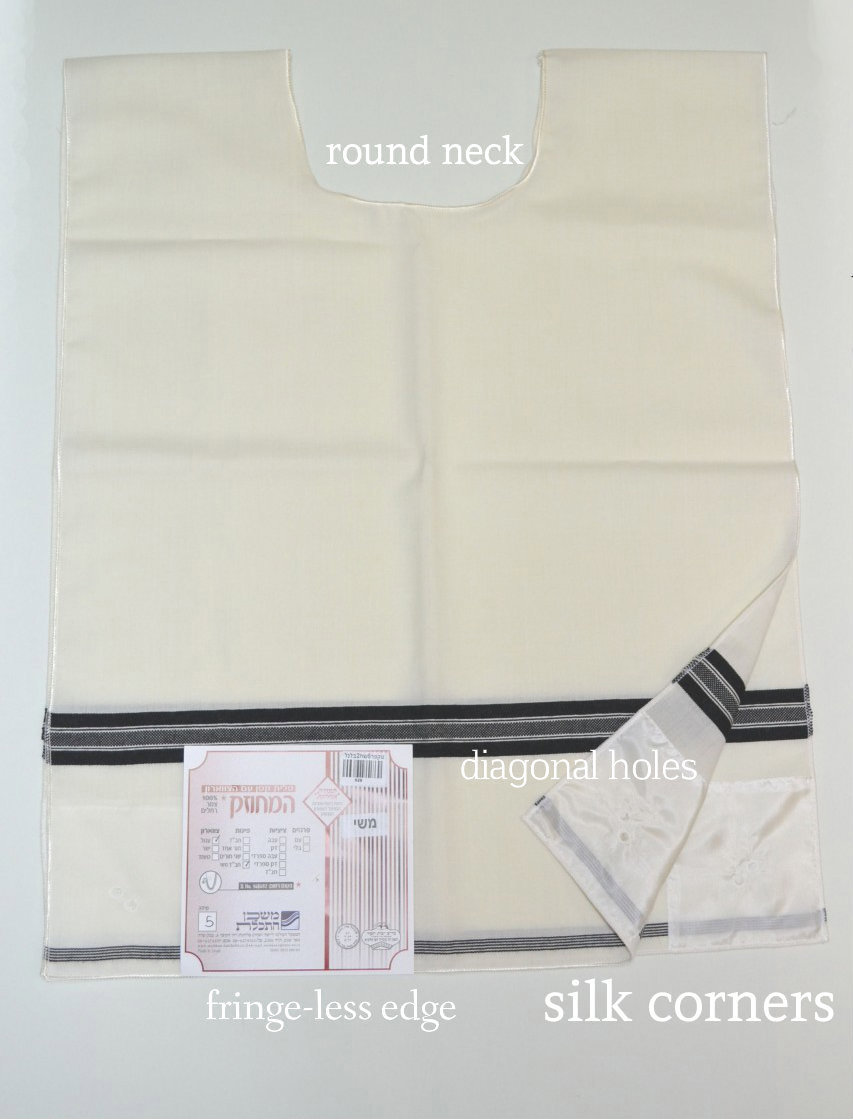 As you see above, the Chabad tallit katan has silk corners... 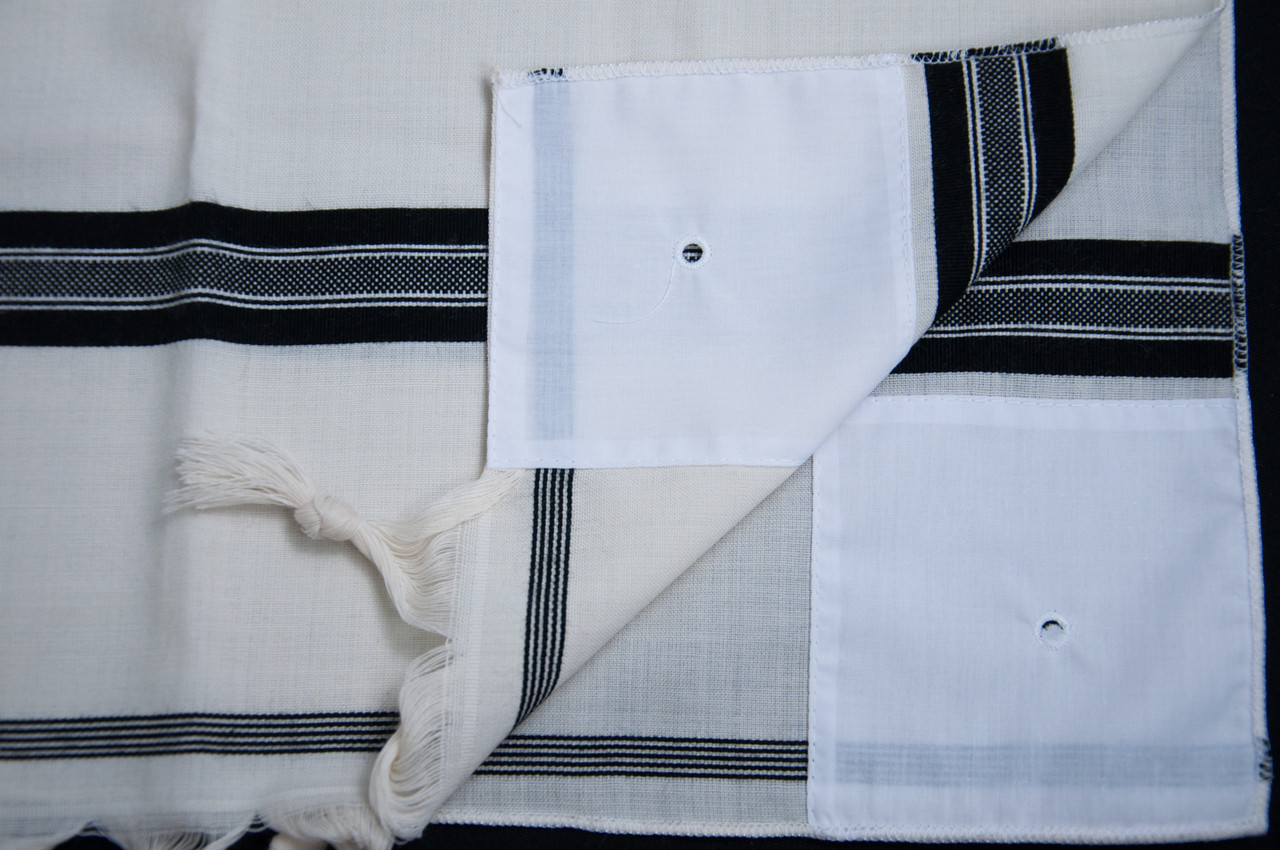 ...Whereas a regular tallit katan has cotton corners.

In a letter in Igros Kodesh vol. 3 the Lubavitcher Rebbe brings the source of the Chabad custom:

The Rebbe my father-in-law Shlita said the following: “Such is the custom of our Rebbe’s house”… “The Rebbe Rashab would sow between the silk and weave on the Tallis a piece of silk from what was left of the garments of the Alter Rebe the Tzemach Tedek etc.. In general it would be on the right corner by the holes in the inside.” 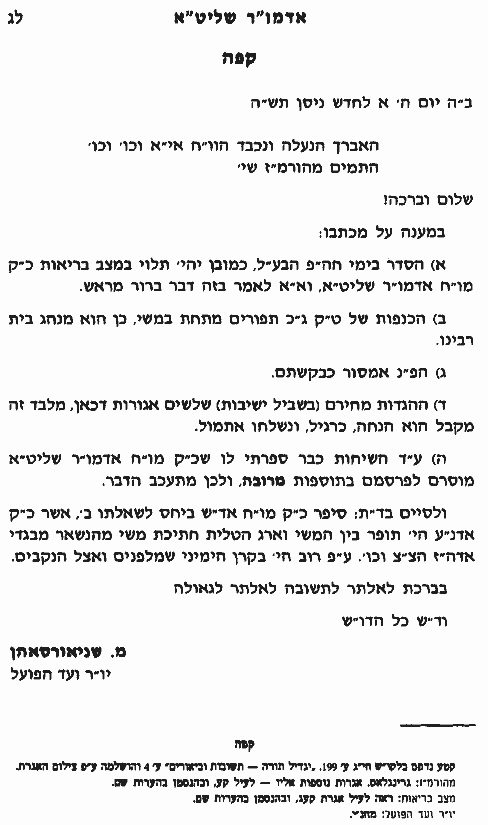 I guess it's a historical vestige from the times chassidim were all about wearing silk and not wearing woolen garments in order to avoid shaatnez.

For example, the Chassidim famously go about wearing silk garments. Chassidim began to wear silk because of their meticulousness about not wearing woolen clothing at all, because of a concern that a linen thread may have been sewn into the wool garment, thereby prohibiting it as sha’atnez. The Chida, living in Eretz Israel, was a witnesses to the beginning of the Aliya of the Chassidim, and he asked them about the practice of wearing silk. He reports the story in his flowery language:

Years ago a band of scribes came from a foreign land to settle in Eretz Israel. Two of them were Rabbis who sanctified and purified themselves in a meticulous manner. All could see that they dressed themselves from head to toe in silk, and I asked these Rabbis to explain the practice… The Rabbis said that in their opinion linen threads are woven into all the woolen garments in the world, and they are sha’atnez. Therefore they treat all woolen garments in all places as sha’atnez. This is what they said. From that point on a fire burned within me, but not one of the Rabbis or pious men of our holy city was concerned about this, for in all corners of the world Jews wear woolen garments from all places as is well-known. (Birkei Yosef, Yoreh De'a 299)

Why the corners are of different fabric than the main fabric of the tallis? Why not be an all woolen tallis like the sefaradim prefer?

Because the main fabric is made entirely woven (at least historically), it isn't cut from a bigger piece of fabric so you don't need to sew a hem to avoid unraveling. Being entirely woven and also being imported from a place where it was forbidden to weave wool and linen together (the turkish tallis) then you would be safer knowing that you were not wearing shaatnez and still performing the mitzvah in the best way.

The corners are definitely cut from a bigger piece of fabric. At that time the dominant fabrics especially in eastern Europe were wool and linen, no synthetics and silk and even cotton were luxury items from distant lands. People would'nt buy another imported safe tallis-sized fabric just to cut 4 small squares from it, so to avoid shaatnez from the corners they would just buy a piece of fine silk (which isn't mixed with wool or linen and even if it were you could visibly recognize it) at the local store, the thread used to sew would also be silk.

With the invention of synthetic fibers, their dominance along with cotton, and modern methods to identify fibers (e.g. microscopy) this isn't an issue anymore to chassidim and survives just as tradition.

12
Where are we commanded to wrap ourselves in Tzitzit?
4
Washing Tallit Katan
3
Wearing the tallit katan over the shirt in Chabad
4
Why are the holes diagonal on a Chabad tallis katan?
1
Is there a specific way that tzitzit need to be attached to the garment?