Why does the Tefilin Shel Yad have a protective cover?

When you purchase Tefilin, the Tefilin Shel Yad has a protective cover. Why? Is it Halachically necessary? 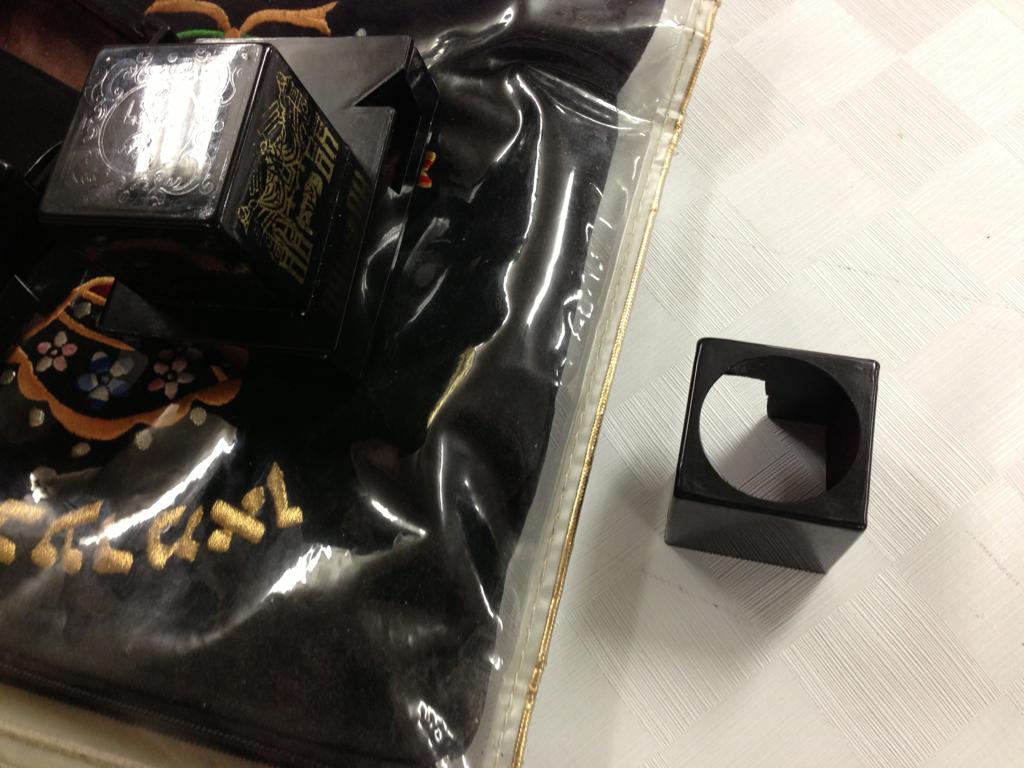 I am a Sofer Stam and I can tell you that although there is an inyan in Kabbalah to cover the tefillin shel yad, that is not the reason for the plastic cover. It is to protect the corners of the bayit from getting worn down from years of rubbing against your clothing.

In places where there is Birchat Cohanim every day, some Cohanim put a similar cover on their shel rosh for Birchat Cohanim so the rubbing of the Tallit doesn't wear down the corners.

From my research, it seems Jake is correct.

I looked into this inyin a couple years ago when helping write a Bar Mitzvah pshetl on the subject of the Shel Yad being covered and the Shel Rosh being uncovered.

At the time I heard from both my Rov as well as from a Sofer (who is also a Talmud Chochom) that the requirement to cover the Shel Yad (as WAF correctly mentioned and sourced, herein) should be met by using one's shirt, jacket or Tallis and that the purpose of the small, black Shel Yad cover that comes with the Tefilin is simply to protect the Shel Yad and to prevent its squareness from being compromised precisely due to it otherwise rubbing against one's shirt/jacket/Tallis.

It seems that this is apparent from the fact that often (if not always) the small, black Shel Yad cover that comes with the Tefilin has a hole in it and so does not completely/properly cover the Tefilin box as is required. On this last note, I was told that purpose of the hole is so one can easily access/touch the actual Bayis of the Shel Yad (not just its cover) as required at various points during davening (e.g., when saying the words "ukshartem l'os al yadecha" in Shema) without having to remove the protective cover.

From this פסוק it is understood that the arm t'filin should serve "as a sign for you" in the sense of "exclusively for you", in which case they should not be exposed to the rest of the world while worn. The head box, on the other hand, is

which is understood to mean "to be seen", and therefore has no such need.

The Ram"a is not concerned about the specific requirement to cover them. Although he does hold of the need for exclusivity, he holds that it is achieved through placement on the arm, and nothing more (O.C. 23:11). Others hold, based on teaching of the Ariza"l, that mystical concerns overtake this lack of necessity anyway because the t'filin need to be worn modestly - even if noone else is around.

A simple answer would be to protect the corners of the Tefillin, so that they don't accidentally get knocked into something and possibly disqualified, since the Tefillin must be as square as possible (See here and here).

However, this doesn't answer why we don't have a protective covering for the Shel Rosh as well, since it too must be square.

This is probably since the Shel Rosh should be seen, as the Gemara (Megilla 16B) says (English from here page 64):

And all the peoples of the earth shall see that the name of the Lord is called upon thee, and they shall be afraid of thee" (Devarim 28:10) and it has been taught: R. Eleazar the Great says that this refers to the phylactery of the head.

The Beis Yosef says that the Shin on the Tefillin Shel Rosh represents G-d's Name, which is referenced in the Passuk.

Many do cover the Tefillin Shel Yad, by contrast, based on the sources found here. It is possible that the protective cover is considered enough of a covering by some people. From what I've seen however, most people who are careful to cover it, do so with their shirt (even if they have a protective cover for their Shel Yad).

The general explanation given by @WAF is correct, but from what I have heard, the Pasuk from which it is learned that specifically the Tefillin Shel Yad are "exclusively for you" is a different one, namely Exodus 13:9 :

Sorry, but I do not have the source for this right now.

Not the answer you're looking for? Browse other questions tagged halacha minhag tefilin protective-casing .

2
What is the purpose of the plastic casing on the shel yad?
8
Sources on covering tefilin shel yad
6
Replacing a lost cover for a tefillin shel yad
7
Only arm tefillin are a sign?
2
May one make the bracha on the shel yad, while the cover (which is never taken off) is on?
1
Tefillah shel rosh cover

8
Sources on covering tefilin shel yad
20
Why put on Tefillin shel yad halfway?
8
What is the origin of the dispute on which way to wrap tefilin shel yad?
6
Replacing a lost cover for a tefillin shel yad
6
Why is the Shel Yad put on before the Shel Rosh?
2
May one make the bracha on the shel yad, while the cover (which is never taken off) is on?
2
Why have the same Parshiyos in both Tefilin?
1
How can I keep the cover on my tefillin shel yad from falling off?
4
Which comes first after picking up shel rosh: talis or tefilin?