Which foreign names did Jews associate with Hebrew names, and why?

A famous Medrash appears in slightly different versions in Lev Rabbah 32:05 and Songs Rabbah 4:12. The Medrah praises the Jews of the Egyptian slavery for certain attributes, such as their retention of their Hebrew names. It goes on to list several examples of Hebrew names retained (Reuvein, Shimon, Yehudah, Yoseif, Binyomin) and other foreign names (Alexandri, Leon, Lestes, Luliani, Rofeh or Rufus) for which they were not exchanged. The Hebrew and foreign names were paired inconsistently in the Hebrew and Soncino volumes that I saw. In the Hebrew Lev Rabbah, a commentary called something like Chidushei Haradal attempts to sort it all out.

Still, there's something funny about the examples. There's a finger-wagging tone: they didn't change their names, but what about you? Why can't you be more like your big brothers Reuvein and Shimon? Perhaps this tone derives partly from the use of classical names apparently more appropriate to the milieu of Chazal than to the period of Egyptian slavery supposedly under consideration. So I wonder: were these substitutions common in the period of Chazal, and if so, why? (It reminds me of American Jews born in the 1940's, amongst whom Morris was Moshe, and Isador was Yisro'el, and it all seemed to go without saying.) The aforementioned Chidushei Haradal speaks to the point at 21.

1. Reuvein/Rofe Rofe, he thinks, is a Latin nickname for Maruvein, or from Rubino, the Latin name for the color red and for the red stone known to us as Avnei Oidem [as at Ex 28:17 and Ex 39:10 to 13]... and Rufus is the Latin word for "red." I'm a little confused what that is supposed to add up to. I guess that the Chidushei Haradal thinks of Rufus and Rofe as one name, used for Reuvein purely because it sounds a bit like it; and he thinks that the connections to colors or gemstones have nothing to do with it? The Living Torah notes at Ex 28:17 that Oidem represents Reuvein on the breastplate, and that it is red; and classical sources are cited. It feels like this is what the Chidushei Haradal was thinking, but I don't see that he says it. (And by the way, English dictionaries give a Latin word like Rubinus in the etymology of Ruby.)

2. Yehudah/Leoni Leoni is the Latin word for Lion, used for Yehudah because of the passage (Gen. 49:9) in which Yisro'el calls Yehudah a lion.

And what of the remaining names?

4. Lulianus According to Jastrow, Lulianus is a Latin nickname for Julius. Assuming that the J of Julius had a Y sound, perhaps it was perceived as similar to a Hebrew name with an initial Y, like Yehudah and Yoiseif. Those names are already paired, but perhaps one of them actually had two code words?

5. Binyomin/Alexander All the books pair Binyomin to Alexander. Wikipedia explains that the name Alexander means "Defender of the people," "Defending men" or "Protector of men."

I don't see any Hebrew name on the list with that meaning; and I don't see any that sounds like Alexander, either. Binyomin has several senses amongst the Rishoinim. My hunch is that both names were taken to mean “Southerner,” partly because of the Egyptian city Alexandria, which is south of Israel and Bavel. 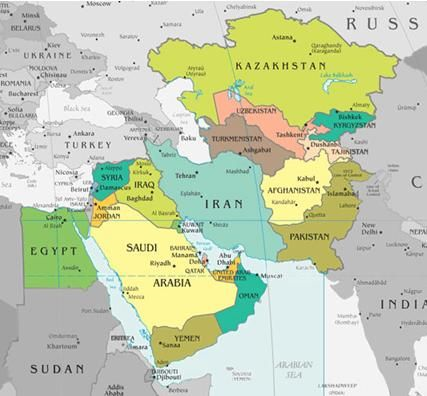 So to restate: I'm asking for historical evidence or logical reason to suppose that Jews in the world of Chazal used particular foreign names as the translation of certain Hebrew names (whether names mentioned here or any others).

I don't know if this is exactly what you're looking for, but Prof. Yehoshua Meir Grintz wrote in his essay in Hebrew "The long road home of the last of the Chashmonaim":

"Matityah bar Yehudah is the Jewish name of Antigonos son of Aristobulos which is in Greek. In that form came Antigonos's name on his coins: Matityah Kohen gadol and friend of the Jews in contrast to "Basilianus Antigono" on the other side, in Greek. On the other hand, Yehudah is the the Jewish twin of the name Aristobulos in Greek, as we know from the name of Aristobulos II, son of Yochanan Hyrcanus, in the book of Josephus (Antiquities 20, 240-241) and from his coins, and if the hypothesis of the coin researcher Meshorer is correct, then so too Aristobulos II, father of Antigonos, was called on coins.

Near as I can tell, there isn't an etymological connection between the two pairs of names (from a google search, Antigonos means "like [an] ancestor", while Matityah likely means "gift from Hashem"; Aristobulos means "best intention" or "best counsel" while Yehudah comes from giving thanks to Hashem), so I don't have any idea at the moment as to why Jews would associate these names with each other.

Not the answer you're looking for? Browse other questions tagged history names midrash .

11
Etymology/connection between Ari, Aryeh, Yehudah, Leib, and Leibel
7
Most children in sefer B'reishit are named by women or God; why does Yehudah name Er?
6
Charbonah related to destruction?
4
Foreign gods names without intention?
5
Why don't we refer to Esther by her Hebrew name?
2
Ibn Ezra: Moshe = Monius?
2
Where does "Yeshurun" come from?