Does anyone know what the Tefillin Cover says? 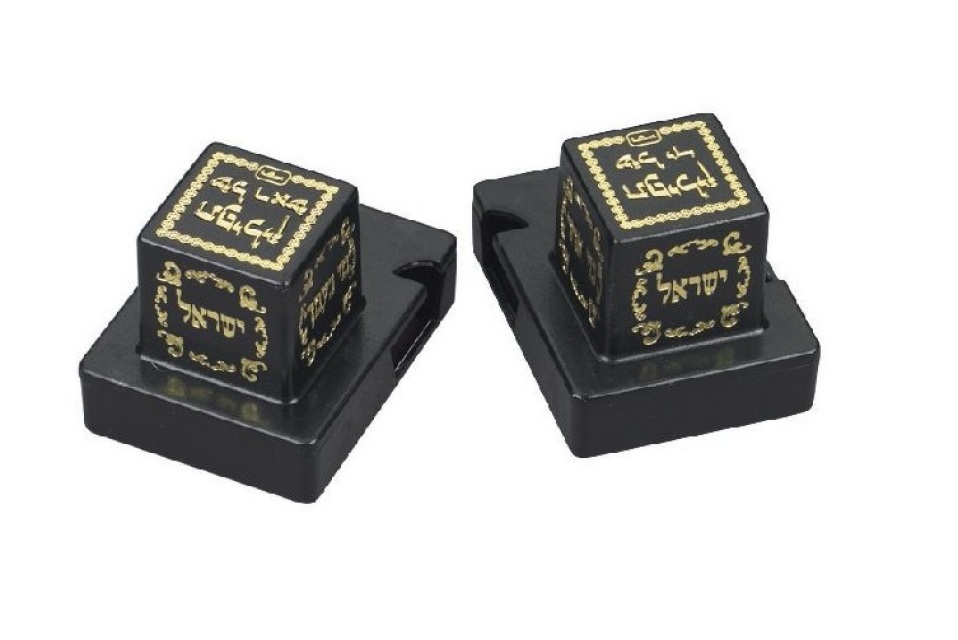 I'm just curious and I want to know what it means.

On the two side panels visible on the left box, you have "mi k'amcha" (who is like your nation) and the "Yisrael" (Israel). On the right box, only the word "Yisrael" is easily visible, but the other panel reads "goy echad" on nation and the final side would read "ba'aretz" in the land.

The words on the outside come from Chronicles 1, 17:21 and are referenced in the talmud as being part of God's own tefillin.

Not the answer you're looking for? Browse other questions tagged words tefilin .

9
Laying Tefillin on Chol HaMoed Prior to the Shulchan Aruch
4
Does anyone know any seforim about tefillin?
4
How do we know when the word ידע means intercourse or just (brain) knowledge?
5
Define the terms used for "types" or "grades" of tefillin
2
Is there any source for the chosson to wear tefillin at the chupah?