Is a shul allowed to have stadium seating?

Years ago, I attended Lincoln Square Synagogue when Rabbi Riskin was Rav. It is the only shul that I know of that is built like a stadium, with the ark in the front of the shul (I.e. if one drew a diameter with one end being the shul entrance, then the other end had the ark.)

Seats were arranged in concentric rows with the shulchan (Torah readers platform) in the middle, and each row (circle) higher than the one inside of it. Like so: 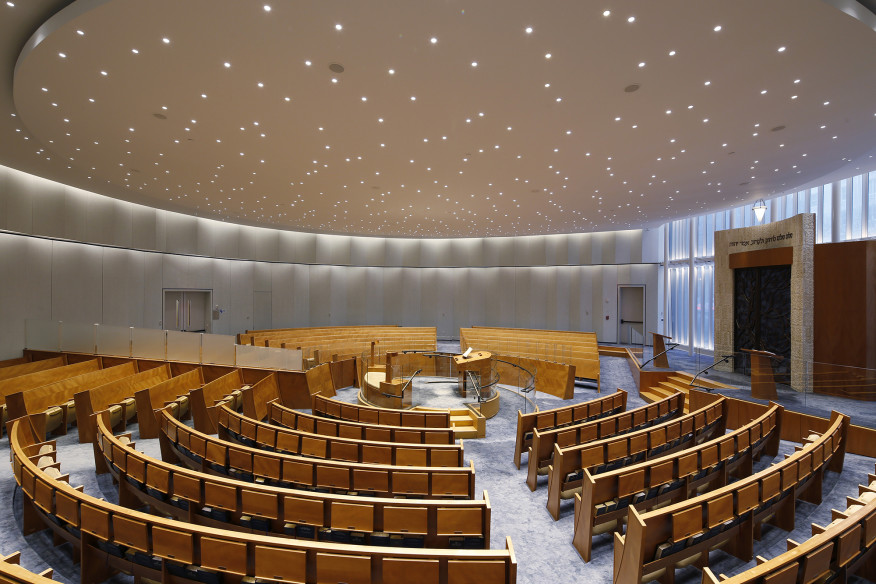 What allows this shul arrangement? (I assume if Rabbi Riskin allowed it, it's OK.) Isn't there a rule that one must not daven from a "high place"? Here, some people are higher than others? Secondly, isn't the entire congregation supposed to face in the same direction, i.e .towards the ark, but also in the same compass direction? In a circular shul, to face the ark, everyone must face in a different direction, so some people are facing each other.