Why is there a 'monkey' drawn in this old script of Tefillat Ha'Geshem?

I found this photo printed in a Russian/Hebrew booklet about the Days of Awe. The caption says that this is part of Tefilat HaGeshem, but non specifically says that it is 'ancient' and handwritten.

Is there any symbolic Jewish reference relating the 'monkey' in the drawing, who is (seemingly) using a spoon to eat something from a pan, and Tefillat HaGeshem? I write 'monkey' however, since it doesn't have a tail it most resembles a gibbon (rather than the great apes; although I don't trust that such drawings of natural objects would necessarily provide an accurate representation of the actual animal).

Suggestions that may be worth exploring (after discussion with people):

All in all, is there a Jewish connection between monkeys and Tefillat HaGashem? Even if the monkey is drawn because there may have indeed been a Jewish community that had a performing monkey, why choose to include this out of all the symbols that one could choose to represent this specific prayer? 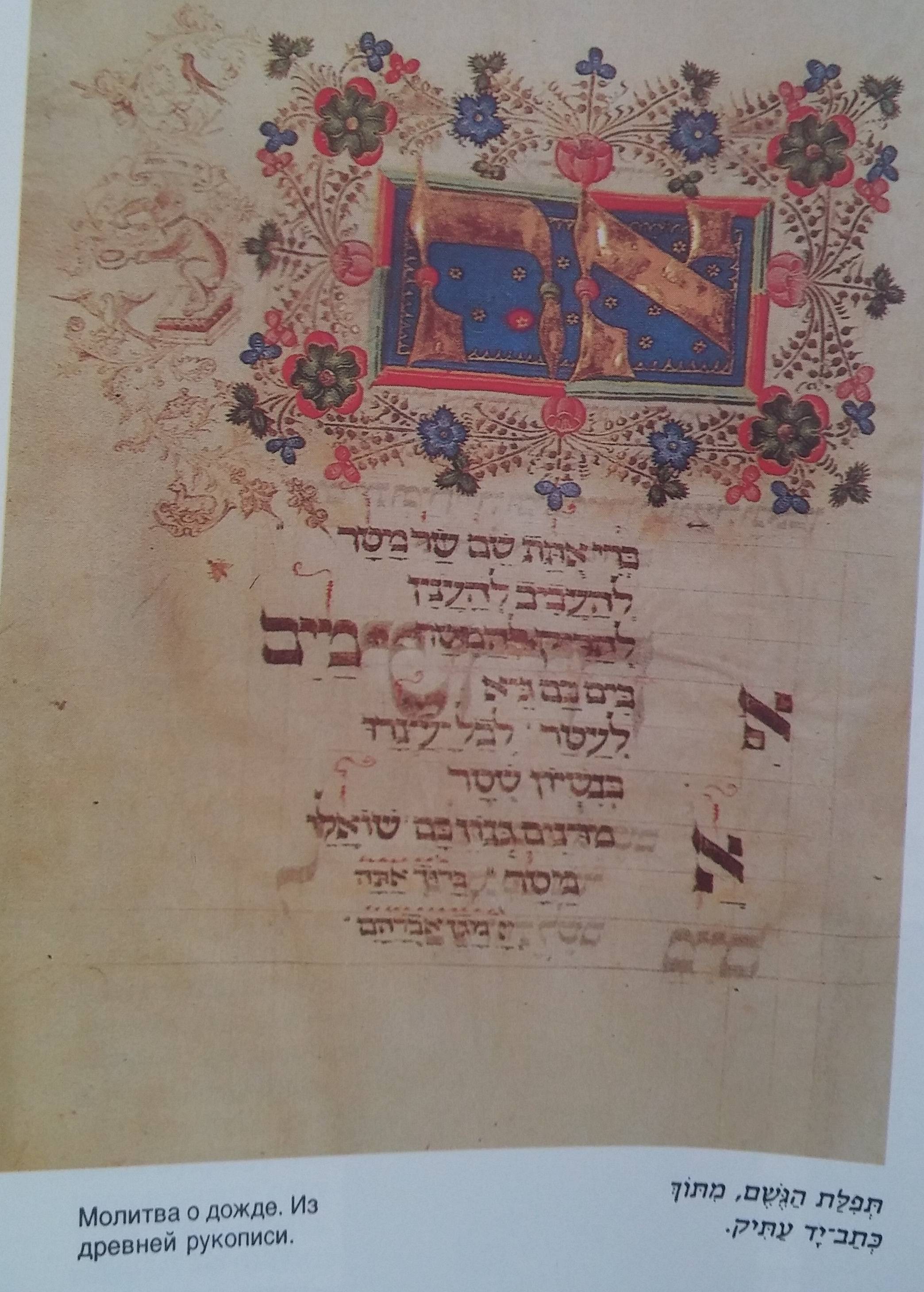 7
What does a porcupine have to do with a berit milah?

19
Why doesn't Tefilat Geshem have a verse referring to Miriam?
4
Tefillat Nedava on Yom Tov
18
Why are there no fish korbanot?
4
If Tefillat Tal or Geshem was omitted, should Musaph be repeated?
4
Framing old Tefillin Parshiot
1
Why wouldn't this be a bracha levatala?
2
Are there prayers or blessings for craftspeople to recite before making objects?
3
Was there some form of Tefilas Tal before Rabbi Eleazar Ha-Kallir?
3
Why don’t we say “vetein tal lev’racha”?