Maseches Demai opens up by addressing the "leniencies of Demai." As the Bartenura there explains, these lenient items are those which are essentially garbage - foods that people typically wouldn't eat and therefore throw away, but are sometimes eaten anyway. Since there is a chazakah that it's from hefker, we can be lenient. Furthermore, one can be lenient from a sefeik sefeika: it's a safek whether it was hefker or not, and it's a safek whether it was tevel or chulin.

Why does one need both a chazakah and a sefeik sefeikah? Are one of them not enough alone?

Granted that I could see the Bartenura being read as "because there is this chazakah, there is a sefeik sefeikah," the fact still remains that there is a chazakah, which should be enough to make the Demai patur. 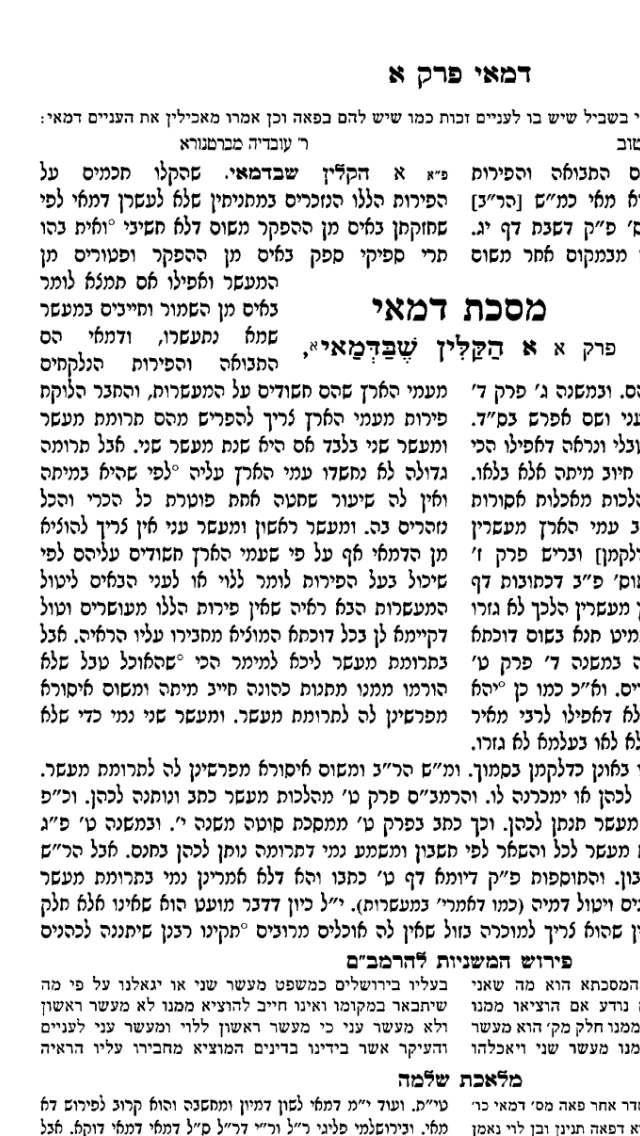 Yochanan the High Priest and in his day, no one had to ask about Demai

Yochanan High Priest refreesh to his generation the knowledge that Teruma Maaser is punishable by death as Teruma Gedola. {there was people who take Teruma Gedola only from the grain, because they were aware of the severity of its consumption}. He introduced a procedure to avoid this doubt. Scrupulous people who buy fruits from Am Haarets need to take Terumat Maaser.

II. The degree of doubt

But this doubt is not truly a doubt according to Tora criterion, because a Majority of Ame Haarets still take maaser Rishon, which contains the Terumat Maaser (Bartenura Berachot 7, 1). Thus, from the Tora Point of view, fruit from Am Haarets are allowed because of the Rule of Majority. But Rabbis decided to be stringent and made a special procedure to be sure that Terumat Maaser was taken.

Since this is not a "true doubt", there are several circumstantial leniencies (see chapter 3, Mishna 1).

The first Mishna of the Tractate Demai taught us one of those leniencies. It is known that fruit coming from an abandoned field are exempt from trumot and maasrot. If the majority of one specie of fruits come from abandoned fields, following the Rule of Majority, one can consume, without Teruma or Maaser. Rabbi Yochanan (Yerushalmi Demai 1, 1) says that the majority of the fruits listed in the Mishna come from fruits that belongs to no one.

As Yochanan High Priest is stringent with Demai despite the majority. It is logical to expect that he is stringent to take Teruma and Maaser for fruit that generally come from abandoned places.

But here the conjunction of both majorities generates a leniency. One majority alone is not good derabanan, but two are: If it is hefker, it is exempt, if not hefker, majority says that maaser was taken. So we need two sfekot, Sfek sfeka is not relevant here because according to the Din Derabanan there is no safek, Mideorayta there is no din safek but din Chezkat Heyter.

In the first edition of this answer I tried to explain the Bartenura and Rambam according to the explanation of the Bavli for the opinion of Rabbi Yochanan, to explain a couple of Kashiot, but I skipped it.

This mishnah is according to the pirush mishnajot of the Rambam: As i understand this mishnah, this is not a normal chazaka, but a statement that most of these fruits or vegetables come from hefker.

Because of this fact we have two sfekot.

For the other sorts of fruits and vegetables we wouldn't even have a safek that it came from hefker because we bought it from a person.

The rambam in hilchot maaser chapter 12 halacha 1 says that even the am haaretz did say that he did not measer these sort types of vegetables it is patur from maasrot because cheskatan from hefker. This implies that the Rambam changed his mind there. Look at the Radbaz there and at the rabi Akiva eger on the mishnah.

2
Mishna Demai 5:11: why can't you take teruma from vadai on demai?
3
Can you abandon a personal chumra if it was based on a misunderstanding of the mitzvah?
3
Why can you buy dry fruit from an Am Ha'aretz?