I read the question about whether Achashverosh was Jewish and I was wondering, why isn't Haman Jewish? He was Mordechai's slave (see Megillah bottom of 15a through the top of 15b with Rashi) and as an Eved Kenani he should have Halachically been Jewish, not Amaleiki (However see Rama 690:17 for example who makes it clear that Haman was actually Halachically an Amaleiki).

This idea that Haman was Jew comes from the Chasam Sofer who writes that he was an eved canani and was considerrd a Jew. The question is then asked how can Mordechai make him into a convert if he was an Amaleki (who are barred from becoming converts of Israel). The Netziv brings down that only in times of war there is a problem of converting Amalek,but this wasnt during war time. 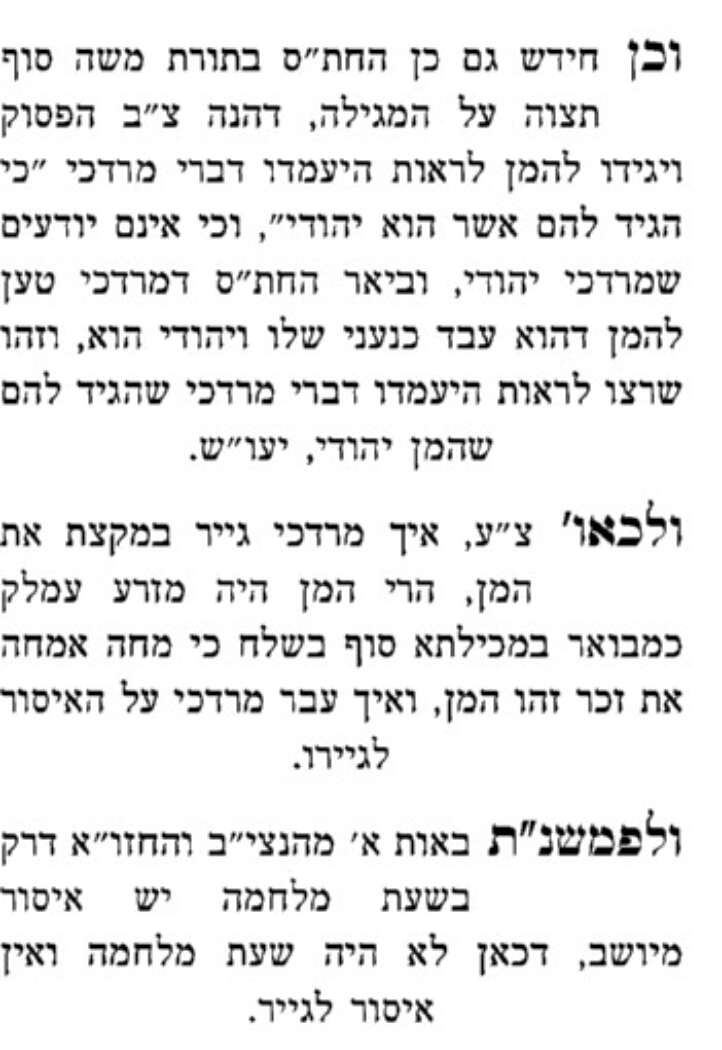 I'm very surprised but I actually found this in the middle of a Vort I was reading by Rabbi Eliyahu Hoffman.

Some mefarshim (commentators) explain that the phrase, “for he told him that he was a Jew,” means that Mordechai was telling people that Haman was himself a Jew.

In the year 3393 (368 b.c.e) [the second year of Achashveirosh’s reign], an Indian province rebelled against the Persian Empire, and the King sent twelve-thousand troops to quell the rebellion. The two generals leading the troops were Mordechai and Haman. Each lead six-thousand troops, and was given provisions for three years. Mordechai lead his troops in attack from the east, while Haman attacked from the west.

Haman squandered his provisions, and at the end of the first year he had already ran out of supplies. He appealed to Mordechai for help. Mordechai agreed, but on one condition: Haman would have to serve as his slave one day a week. Without any other choice, Haman was forced to agree. [Me’am Lo’ez]

The non-Jewish slave of a Jew must undergo a conversion process, including milah (circumcision) and tevilah (ritual immersion), at which point he becomes obligated in many Torah laws, including all (applicable) negative commandments, and some positive ones. According to this Midrash, Mordechai could rightly have told people that Haman’s seething hatred of the Jews was ridiculous, as fate would have it that he too was a Jew.

I do wish he would have mentioned who these "Some Meforshim" are. I'm not sure if he means that it's the Me'am Loez.

Not the answer you're looking for? Browse other questions tagged purim haman .

3
Who was worse: Lavan, Pharaoh or Haman?
7
When and how did Haman amass so much wealth?
4
Is it really kosher to "apply" to become a gentile king's wife?
9
Was Haman so discourteous as to bother the king's sleep?
5
Did both King Ahasuerus and Haman practise Zoroastrianism?
5
How did Haman know Moshe Rabeinu's Yahrzeit but not his Birthday?
4
Haman going to the second feast dirty
3
Did Haman kill Daniel?