Has anyone compiled a historical book on Esther?

Megillat Esther leaves numerous questions in my mind, that are unexplained in the Megillah. A lot of it is filled in in the Talmud and various Midrashim. But, one has to sift through numerous pages and sources to piece the parts together.

Has anyone compiled an online source or book that explains some of the background behind the story? Some of the things I'm looking for are:

As mentioned, I know I can sift through the Talmud, etc. But, I'd rather see most of these items in one place.

Rabbi Yehuda Landy wrote a book like you are describing.Its called Purim and the Persian Empire. He does an amazing job explaining who,what,where... 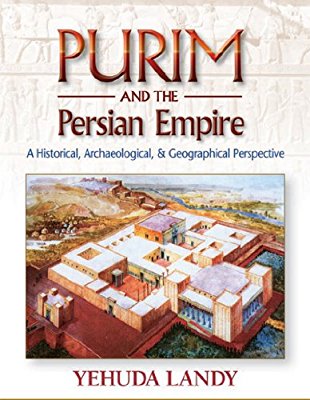 Not the answer you're looking for? Browse other questions tagged history product-recommendation purim .

5
When in history did Purim happen?

8
Tannis Esther reason
6
In the book of Esther, was Haman plotting to kill/overthrow Ahasueros?
6
Historical Kippot
5
Why does the book of Esther use the present tense so often?
3
Does anyone have a suggestion for a good book on dikduk?
1
What book is abbreviated as "Dor. Har."?
5
Has anyone published a "Mikvah rating"?
8
When the Mishnayos were compiled, were they compiled into the perakim we have today, or were they just compiled into masechtos?
4
Why was Ta'anis Esther established? The story has a happy ending!
1
Has a Scriptural index been compiled on Radak's 'Michlul'?