Does the Arizal really say Yeshu was the reincarnation of Eisav?

This web article, on page 4, states that the Arizal taught in Sefer HaGilgulim, chapter 67, that Yeshu (Jesus) was the reincarnation of Eisav. I tried looking for the Sefer HaGilgulim online, but I couldn't find it.

Can someone clear this up for me? Did the Arizal actually teach this? Here's the original quote from the article:

Yes, at the end of chapter 67 in Sefer HaGilgulim it brings exactly what was cited in your question from Rabbi Ariel Bar Tzadok.

The Ari z"l, as quoted in a hand-written note from Rabbi Chaim Vital shown here below, is actually making several source references.

The Mitzri mentioned in the heading is referring to the unnamed Mitzri also mentioned in Shemot 2:11-12. This is the individual that Moshe Rabbeinu killed by using one of G-d's names. In the commentaries there, it mentions that Moshe actually checked to see if any important descendants would come from this person before killing him.

The Ari z"l also connects the descendants of this individual with Kayin, who murdered his brother, Hevel in the beginning of the book of Bereshit. It was via this association that the Ari makes reference to his ultimate judgement of being immersed in boiling excrement in Gehinom as discussed in tractate Gittin 57a. This particular judgement falls on those who mock the Sages, something specifically mentioned in connection with Yeshu both in his early youth (see for example the Nag Hammadi text of the Infancy Gospel of Thomas) and later, as he grew up like is discussed in connection with his treatment of his teacher, Rabbi Yehoshua ben Perachiyah in Sanhedrin 107b.

This is also discussed in the Zohar 2:12b:5 which also connects this person to Eisav.

But then the Ari z"l goes further and says his pedigree is the same as the person mentioned in VaYikra 24:10-11 and his commonly known name is actually referenced through the Roshei Teivot (first letters) in the posuk from VaYikra 24:16, which in reversed order spells out Yeshu.

The image from my copy of the book follows: 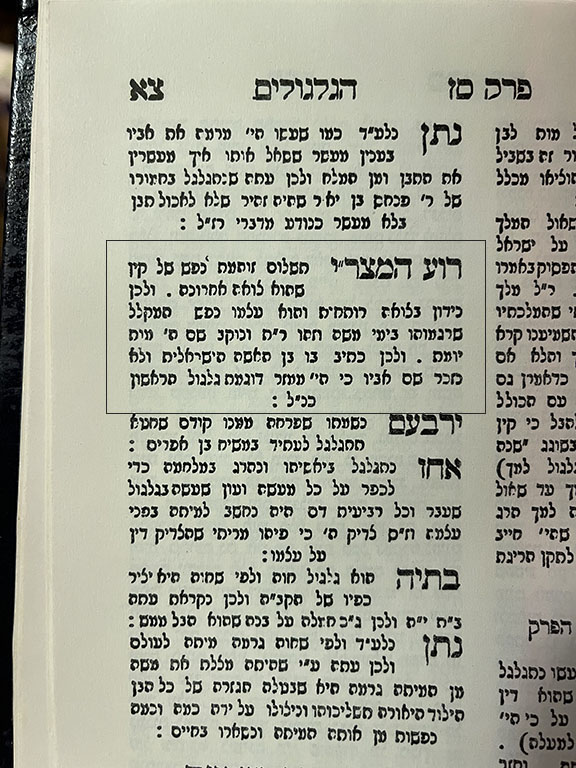 As @Harel13 commented: In the Book, Pri Eitz Chaim, here, (the Teachings of Isaac Luria / Arizal, recorded by his student Chayim Vital), it says the following:

"It's found in another place: It's spelled / it says עשי״ו [Esav], because he was reincarnated into ישוע [Yeshua]. [I think he's trying to point out the the letters in both names are the same, only rearranged.] He was a student of R' Yehoshua ben Prachiah, and since R' prachiah pushed him away with two hands, and he was punished, as it says there. And that's why when Chushem, son of Dan, killed Esav, he chopped off his head and the head rolled into the cave and it was buried there with Yakov, because the holiness was only in the head, that's why he was buried there."

Not the answer you're looking for? Browse other questions tagged christianity arizal reincarnation .

12
Reincarnation vs. resurrection of the dead
2
What does the talmud/rabbinic writing have to say about Yeshu ha-Notzri (Jesus)?
0
Which of the three forbidden fruits was the opinion of the Arizal; grapes, wheat or figs and why?
2
Can 'old souls' be gilgulim from the future (in their reincarnation cycle)?
1
In what sense does the Arizal claim that Rabbi Akiva was the reincarnation of Cain?
0
What is the name of the book about Reincarnation (Gilgul) written by one of the Arizal students