I'm reclaiming ancestral minhagim (practices) that were lost during American Assimilation. My family came of Nowy Zmigrod, Poland in Galicia before both world wars. I believe my family were chassidim as my grandfather insisted they were sefardim (galicianer Yiddish for people who took on praying nusach sefard) and wrapped tefillin outwardly and specifically told my father "we wrap outward unlike ashkenazim."

Sanzer Chassidim were very active in that town, and a Halberstam was the rabbi there. I understand that there are many offshoots of Sanz today that may have different practices (Satmar/Bobov/Klausenberg) so I am just curious of the minhagim of the region I came from.

I am hoping for a book of haminhagim or somesuch, specifically of the Sanzer chassidim.

A book on Sanzer customs is the series Kol HaKasuv LeChaim. However you should know that there's an emphasis on the customs of the founder, the Divrei Chaim, whereas his illustrious son, the Divrei Yechezkel ("the Shinyaver", or, Sieniawa), veered from his father in many customs and even practical halachos. This is important because you indicate that you aren't certain which Sanzer influence prevailed in your family. In this edition of the Divrei Yechezkel [HaChadash] (can't locate it online so here's a picture) there is a compendium of the DY's particular customs, occasionally highlighting differences within the Sanzer arena. Another great set is Chemda Genuzah on the Sanzer dynasty. Although the progenitor of Sanz was a student of R. Naftali of Ropshitz ("the Ropshitzer") their customs were not identical. For customs of R. Naftali see Nezer HaKodesh. These books can hopefully aid you in sorting through or identifying the earlier customs of Sanz and certainly before the offshoots from within. 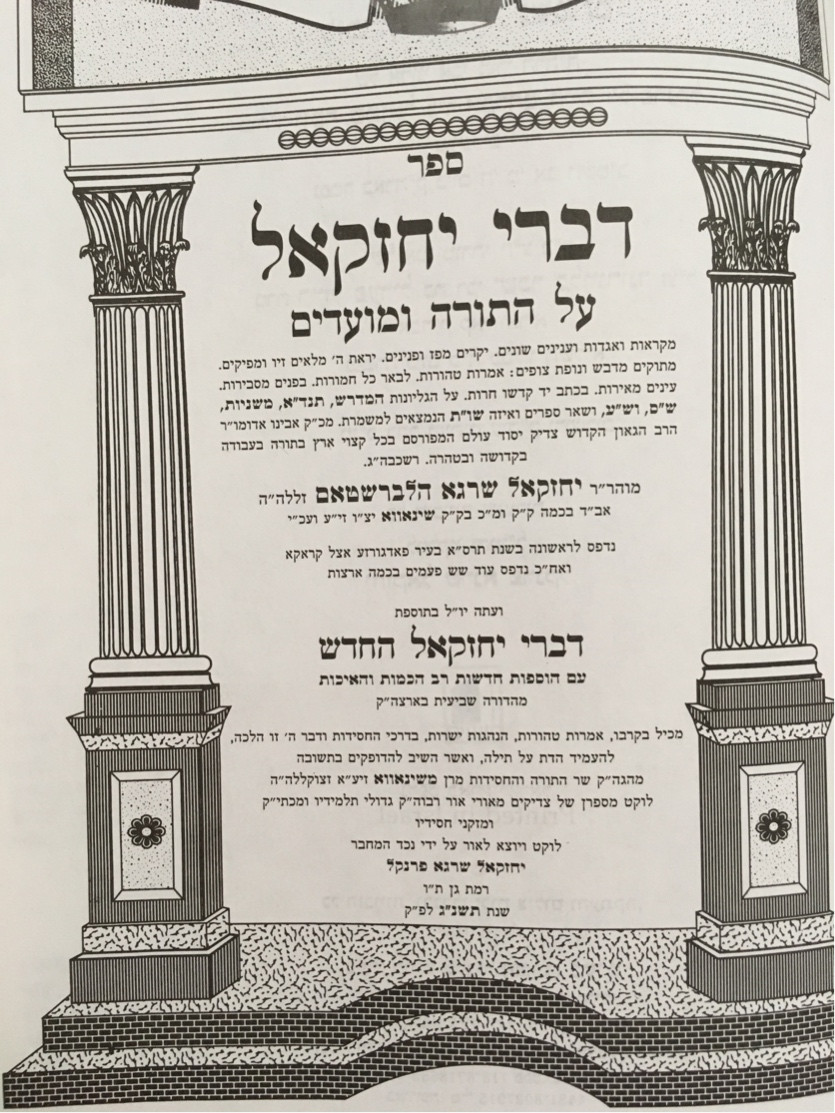 If you wish to seek the Minhogim of Galitzia (I'm actually a Poilisher {Jew from central Poland}) I would suggest researching the Minhogim of the teacher of the Divrei Chaim, Rebbe Naftali Ropshitzer, it's called Minhagei Ropshitz. I'm not sure it's under a certain sefer but they're certain customs prevalent throughout certain Galitzianer Chasidim, look it up.

Not the answer you're looking for? Browse other questions tagged minhag product-recommendation chasidut-hasidism .

2
Sephardi (Spanish-Portuguese) Minhagim
4
French Minhagim
6
Where can I find the minhagim of Algeria?
6
Gerer Chassidishe Minhagim
2
Derabbanan vs. Minhagim