Why is Mordechai called Ben Kish and not Ben Sha'ul?

Several commentaries ask the question on Esther 2:5 as to why the passuk says Ben Kish when Shim'i was Kish's fifth-great grandson (Targum Sheini). Some explain it's because Mordechai shared traits of Kish's (Yalkut 1053). Others say it's because Kish was Shim'i's maternal grandfather and therefore could be called his son (Maharsha Megillah 13b).

The Megillas Sesarim explains that he's called ben Shim'i because it was in Mordechai's zechus that Shim'i wasn't killed, and he is called ben Kish because Mordechai rectified the sin of Sha'ul, which resulted in Haman's birth. According to this explanation, why is Mordechai called ben Kish and not ben Sha'ul, Kish's son? 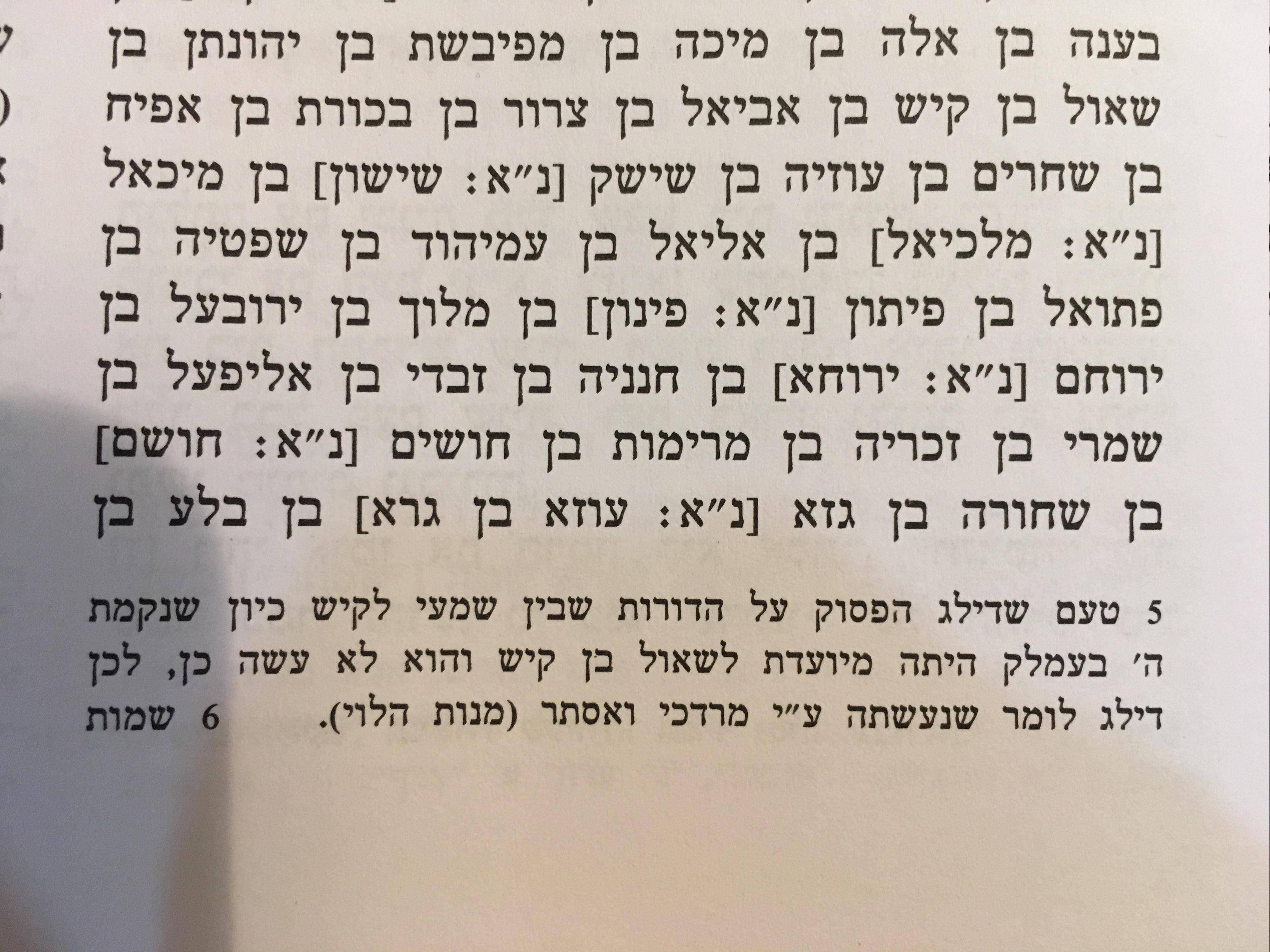 The Manot Levi (footnote 5 in the image) says that they skipped Shaul because he was supposed to takes G-d's revenge on Amalek, but he failed. It skips him to indicate that his task was completed by Mordechai and Esther, not Shaul.

Although I'm not sure if this interpretation is correct, when I first read it I interpreted it to mean that Mordechai was taking the place of Shaul, which is why they referred to him as Ben Kish.

Not the answer you're looking for? Browse other questions tagged midrash megillat-esther genealogy mordechai .