Why is it okay to give more than half a shuckle? [closed]

In Shemot 30:11-16, it says we should give half a shuckle when giving an offering to G-d. The posuk is very clear that we cannot give more or less than exactly one half-shuckle. So why do some people give many full shuckles when they are saying prayers, our modern korbanot?

While in the past it may have been considered acceptable to give half a Shuckle, in these days of animal activism it is frowned upon as unnecessarily cruel. (Especially if there were only an odd number of people giving an offering!) 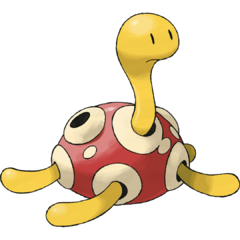 The requirement to make an offering of half a Shuckle is a great mystery considering it clearly does not possess cloven hooves. Many have speculated as to why God made this requirement, but we must admit that we just do not know.

Indeed, many authorities write that one should not sway during prayer as discussed at length here. Presumably their reason is that the verse explicitly requires exactly half a shukl. They probably figure that given the difficulty of performing exactly half a shukl, one will inevitably end up doing either more or less, thus adding or detracting from the mitsvot, a severe sin referenced here.

[Although one might claim that simply ignoring the mitsvah of shukling is itself בל תגרע, this does not appear to be the case. Rather, the prohibition seems to be limited to cases where one changes the form of the mitsvah, see Igrot Moshe (OH 1:13). It is therefore unsurprising that I am unaware of any classical sources that state that simply not performing a mitsvah is a violation of bal tigra.]

You're translating it wrong.

When it says everyone has to give מחצית השקל, no more, no less, that's not from the root ח־צ־ה, to divide into two. The noun for that is חצי, not מחצית, as in Exodus 24:6.

Rather, מחצית השקל is the crushing of a shuckle, from the root מ־ח־צ, as in Psalms 110:6. This refers to the crushed, humble spirit that one shuckling should feel. If someone shuckles in an effort to make himself look especially pious or to show off his choreographic abilities, that's no תרומה לה׳.

The people doing this are trying to pay down debt without realizing how misguided their practice is.

Prayer stands in for korbanot now, but it was not always so. Early in each exile we had hope of quickly returning to a rebuilt temple and catching up with what we owed. After all, after the first exile it took us only 70 years to return and rebuild -- it's possible that some of those who were kicked out personally returned! They hadn't yet lost hope and sought alternatives to korbanot; they instead paid their past-due shuckles when they returned. Similarly, in the early decades of our present exile, we thought it a temporary setback and so did not pay shuckles as we went.

Later, though, we realized it was going to be a longer wait this time, and our sages instituted prayer as a replacement. That means our debt isn't getting worse now, but some have reasoned that there are still unpaid debts, owed shuckles, from early on.

And so they offer freewill shuckles to try to set matters right. Their error, though, is that nobody is maintaining a count, and so it's quite likely that we will collectively overshoot. Just yesterday in shul I asked somebody about his shuckling (way more than half!) and he said he was paying the shuckles owed by his great-great-great...-grandfather Reuven. But when I asked him how many his ancestor owed and how many he had paid, he spent a while counting and then quickly excused himself to consult the rav.

As with snack foods, it's very easy to lose track of shuckles.

Simple. The law limiting people to half a shuckle is only on Purim. During the rest of the year, one can give as many shuckles as he wants, along with giving more than 10 Ger'ah (we pronounce it Gerrer) shuckles, as it says (Shemos 30:13) "a shuckle is 20 Ger'ahs", which means on Purim one can give one mormal shuckle or 10 Ger'ah shuckles.

In context Exodus 30:11-16 is strictly only talking about the payment required when a census is taken of the nation of Israel:

The Lord spoke to Moses, saying: When you take a census of the Israelite people according to their enrollment, each shall pay the Lord a ransom for himself on being enrolled, that no plague may come upon them through their being enrolled. This is what everyone who is entered in the records shall pay: a half-shekel by the sanctuary weight—twenty gerahs to the shekel—a half-shekel as an offering to the Lord. Everyone who is entered in the records, from the age of twenty years up, shall give the Lord‘s offering: the rich shall not pay more and the poor shall not pay less than half a shekel when giving the Lord‘s offering as expiation for your persons. You shall take the expiation money from the Israelites and assign it to the service of the Tent of Meeting; it shall serve the Israelites as a reminder before the Lord, as expiation for your persons. (Exodus 30:11-16, NJPS)

A census is a serious matter (see 2 Samuel 24)! Ensure you pay your half-shekel during the next census, but remember that to apply these verses to other times is to take them out of context and is exegetically indefensible.

23
What does Judaism think of math?
12
Should I be shuckling?
1
One who doesn't shuckle sins?