Looking for tzaddikim who didn't disintegrate after burial

Can someone lead me to some true/verified stories of tzadikim who were unearthed from their place of burial and were found to be completely intact?

I heard second hand in the name of Rabbi Yosef Blau, Mashgiach Ruchani of Rabbi Isaac Elchanan Theological Seminary, who heard it from his father in law Rav Pinchos Teitz who was part of the Chevra Kadisha that was tasked with exhuming the Vilna Gaon in order to transfer him from the first Jewish cemetery in Shnipishok to the third Jewish cemetery in Saltonishkiu, that the Gr"a's body had not decayed at all.

Although in an email correspondence with Professor Shneuer Leiman he quickly disproved this story.

You heard” that Rav Teitz was present at the re-burial of the Gaon. This is untrue, since the Gaon was moved (sometime after1948 but prior to 1952) during Stalin’s last years. Stalin died in 1953. Rav Teitz made no trips to Russia during and after the Holocaust , while Stalin still lived. See Rivkah Blau, Learn Torah, Love Torah, Live Torah, p. 243.

Rather the professor wrote that the testimony those who were present testified that the Gra"s skeleton was intact, not his body. All the others moved were in the form of scattered bones.

There are reports that the Alter of Novhardok after a year was exhumed, and his body had not decayed at all. 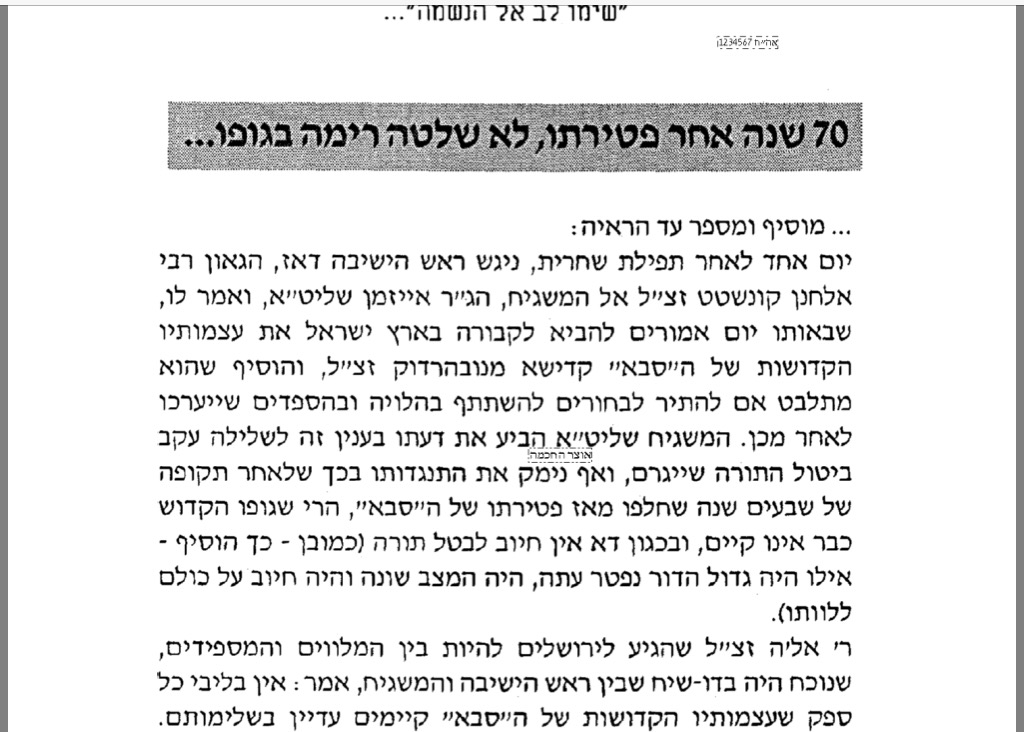 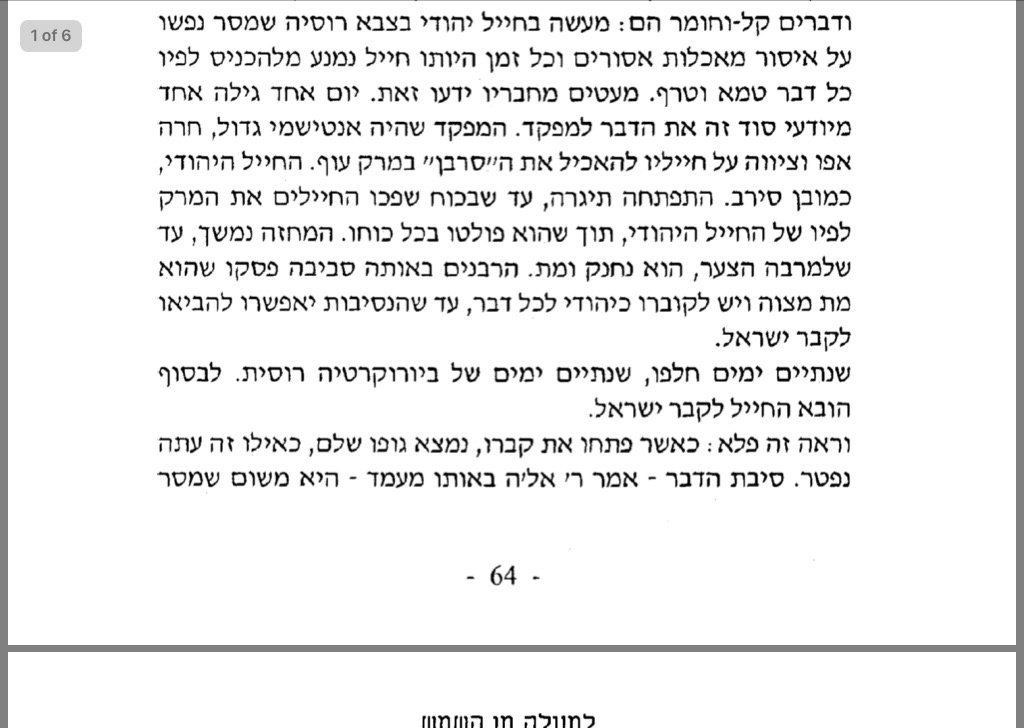 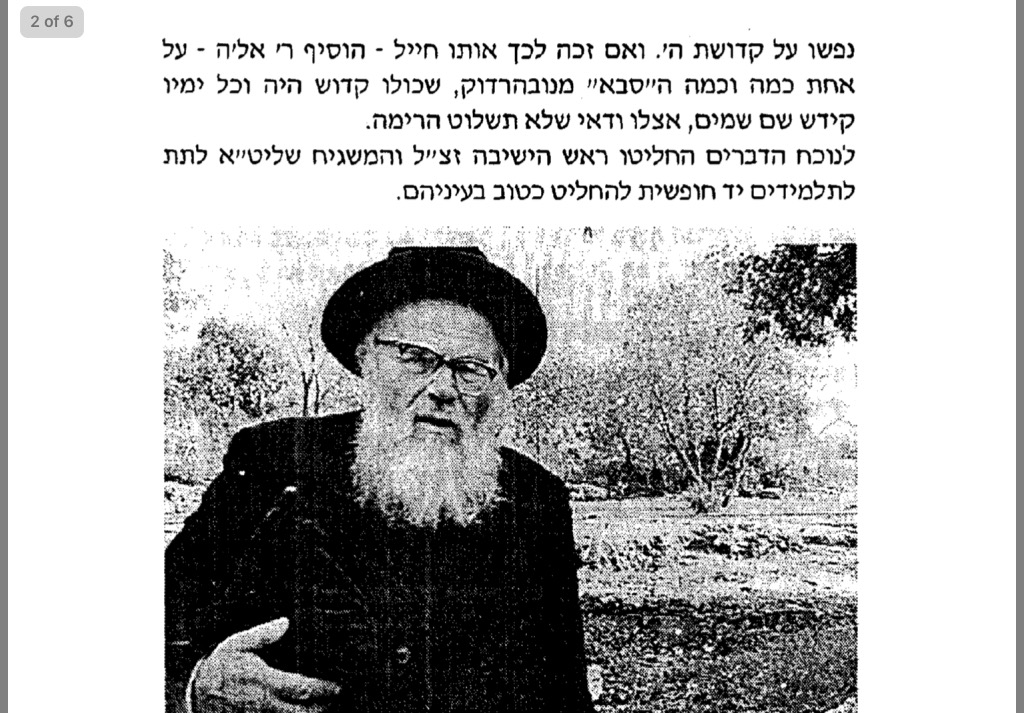 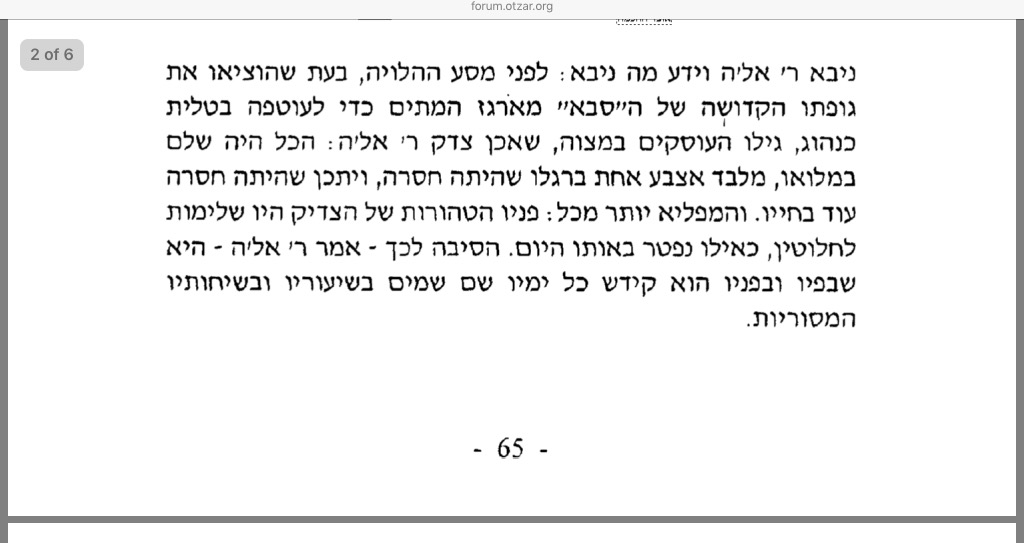 Rebbe Yochonon Perlow of Karlin Stolin. There are people alive today (who attend the synagogue on 16th ave and 46th st in Brooklyn NY), that were part of the team who exhumed his body from swampland in New Jersey after being interred for about two years. During the rites and transport of the body from the USA to Israel, the witnesses claim that they saw the body was whole. The coffin was removed whole and in good condition. After the Rebbe was removed from it, and the coffin was left overnight, it mysteriously aged and rotted.

Not the answer you're looking for? Browse other questions tagged funeral-burial-levaya tzaddikim .

2
Paintings and Sculptures of Rabbis Throughout the Ages

1
A child that commits suicide (R"L) -- losing certain merits
2
Why are tzadikim compared to myrtles?
6
Do modern Jewish cemeteries separate the "righteous" from the "wicked"?
8
What is the significance of the skull of Araunah the Yevusi?
1
Can one use the wooden planks placed on top of a grave for his succah?
2
'Aninut when the body can't be released
2
Is it acceptable to disturb a body so it may be reburied in Israel?
0
Looking for compilation of Burial halachot & minhagim
0
Has Yakov set a pattern that when planning is possible, we should value more being buried with our parents rather than with our cherished spouse?