When Yosef died in Mitzraim, he was interred in Mitzraim until Moshe exhumed his remains which were eventually brought to Israel and reinterred. However, when Reuven, Judah, ... (the 11 brothers) died, there is no mention of their burial nor exhumation. We assumed they were buried in Mitzraim where they remain ad hayom hazeh. A few question are raised (1) has anyone seen any information about the whereabouts of their kvarim? And related, (2) why was their burial so low profile (these were the founders of the shvatim, quite an important role in Jewish history)?

The Sefer Hayashar (anonymous) on Sefer Yehoshua brings down where the Shevatim were buried: 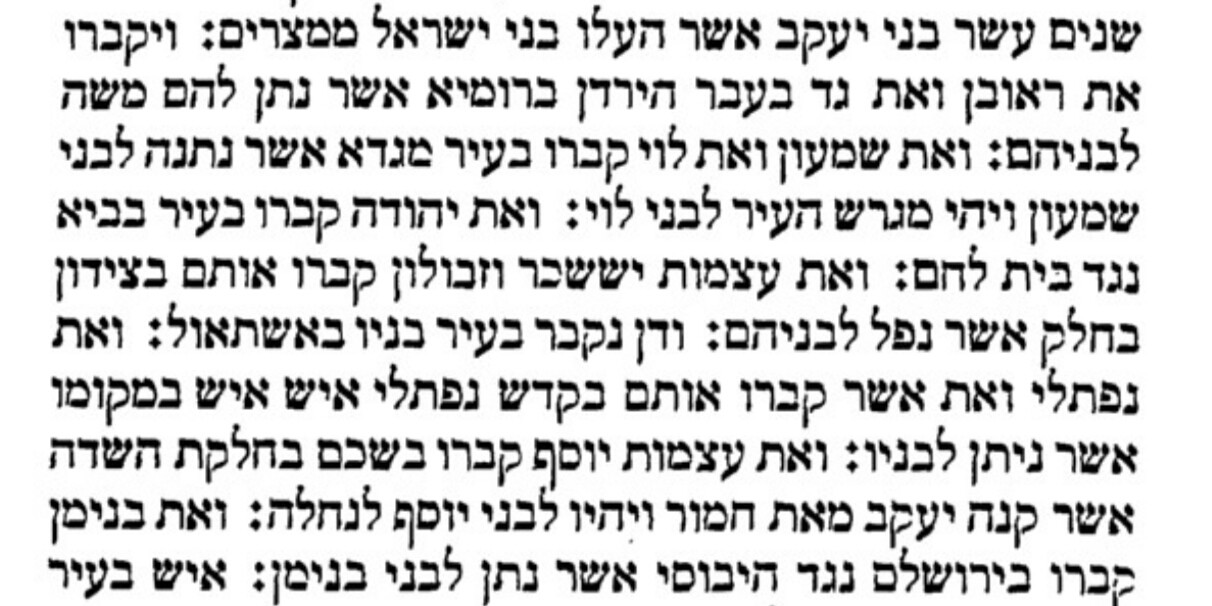 Not the answer you're looking for? Browse other questions tagged shevatim-12-tribes egypt cemetery-grave vayechi .

10
Where were Yaakov's sons buried?

13
Why does Yosef bring his sons to Yaakov
8
The age of Machir's Sons
16
How many sons of Benjamin were there?
3
Did Jacob's sons do aveilut before Jacob was buried?
7
What was Yaakov's funeral procession doing in Transjordan?
9
How was Reuven considered Yaakov's first drop of semen?
10
Where were Yaakov's sons buried?