Why is “Siddur Korban Mincha” a good name for a siddur for women?

I have recently found amongst several old siddurim and machzorim in my father's books a siddur korban mincha. Thanks to the folks in chat (link to the chat) who were able to help me identify what this book was I could start to google these siddurim and found they are commonly available and definitely aimed at women. Fair enough but the question I could not find an answer to is this:

Why is "siddur korban mincha" a good name for a siddur specialized for women?

Please use English sources or provide translations. My lack of Hebrew is how I came to ask this question in the first place. 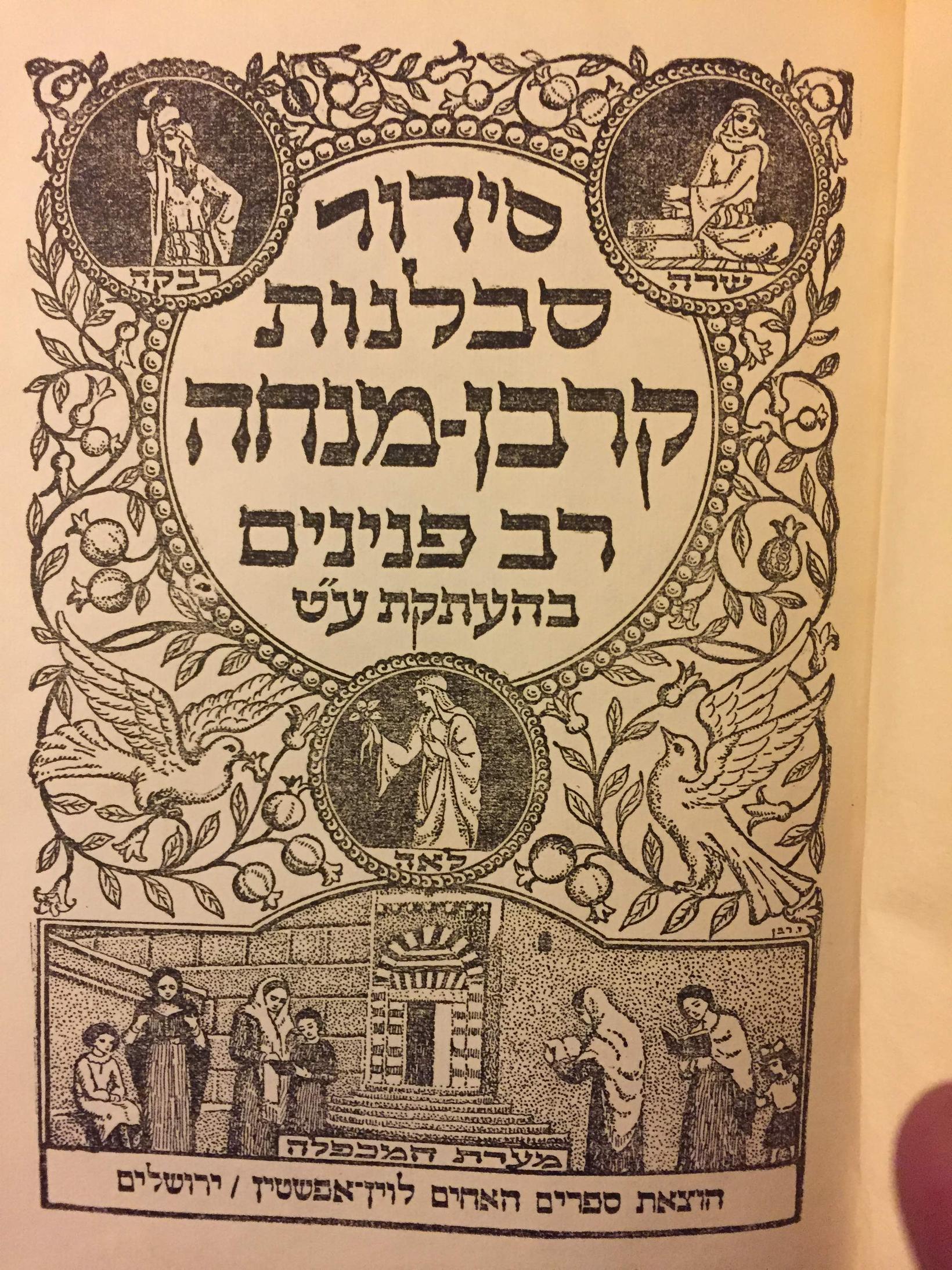 This is a perfect name for a gift which is itself a prayer object. More than a siddur for women it a siddur for bride, as we will demonstrate.

Mincha is a synonymous of gifts, see. e. g. when Yaakov said to Esav to take his gift (1), Korban also see for instance Mishna Nedarim "korbanot shel melachim" (2). In the first page of the siddur they called it Siddur Sivlonot, Sivlonot (4) is a gift for the bride before the wedding. Additionally Mincha is a sacrifice and today the prayer fulfills the role of sacrifices.

So, the name Korban Mincha seems well adapted for this siddur which is a gift for the bride before wedding.

The word Sivlonot is perfectly adapted to the gift for the bride.

And Jacob said, No, I beg you, if now I have found grace in your sight, then receive my present ("מנחתי" mincha) from my hand; for therefore I have seen your face, as though I had seen the face of God, and you were pleased with me.

IF HE BETROTHS TWO WOMEN WITH THE VALUE OF A PERUTAH, OR ONE WOMAN WITH LESS THAN A PERUTAH'S WORTH, EVEN IF HE SUBSEQUENTLY SENDS GIFTS (sivlonot)

The Siddur was written I believe in the 18th century originally Nusach Ashkenaz and aimed at married women, particularly with children. It contained a complete siddur with Yiddish commentary. Around the beginning of the 19th century it was adapted for use by Nusach Sefard (Chasidishe) and Nusach Ar”I (Chabad).

It was the Chasidim who began the tradition to give this Siddur as a wedding present to the bride. The Siddur contains a Yiddish commentary of both the prayers and Tehillim (Psalms) geared especially to women.

The reason why it is called Korban Mincha is because according to Jewish law, women have the obligation to pray only once a day, (as opposed to men which is three times a day). Because of the busy schedule of a traditional religious woman living in Eastern Europe, the most common time when women prayed was the afternoon prayer - or the Mincha prayer. Indeed many women today still have the custom to davan Mincha. On Friday afternoon or Erev Yom Tov they will davan Mincha and then light candles.

The Mincha prayer was instituted in place of the Korban Mincha, the Afternoon offering in the Temple which consisted of grain meal offering (flour, oil and spice). We have the tradition that the Mincha is associated with Yitchak.

In a poem by the great Argentine Yiddish poet, Kehos Kliger, he mentions that he remembers his mother every afternoon crying into the Korban Mincha, (presumably while she davaned Mincha and recited Psalms for the welfare of her children).

It is ironic that I once was present at a lecture in Tel Aviv when a Yiddish expert from the Israel Yiddish Society spoke about this poem. He however was totally secular and assumed incorrectly that the Mincha offering was an animal offering and was totally unaware that it actually referred to a Siddur. Consequently he had this image of teh author's mother holding a dead animal in her hands and crying. The lecturer then proceeded to propose some poetic symbolism to this image. I spoke to him afterwards and explained that in fact it was referring to a prayer book which was still in use today by thousands of religious women around the world.

Not the answer you're looking for? Browse other questions tagged women prayer-book .