What is the source for the tying of Breslov Tzitzis? [closed]

I recently saw a tzitzis tying method I had never seen before - apparently, according to Ben's Tallit Shop, this method is one of the various methods of Breslov tzitzis tying. I understand Breslov generally uses the Arizal/Chabad method for their tzitzis, but where did this method come from? Did Rabbi Nachman or some other Breslover rabbi invent it? It appears to be some sort of combination between Rambam and Arizal tzitzis. (Notice the chulyos with the inclusion of the 5 knots, as well as the half-string techeiles.) Could someone offer an explanation or source on where this method came from? I have included some pictures for easy access. The first 2 are Breslov (one with techeiles the other not) and the 3rd one is one of the Yemenite methods, which is very similar, minus the 5 knots. (Look in comments for the Yemenite picture) 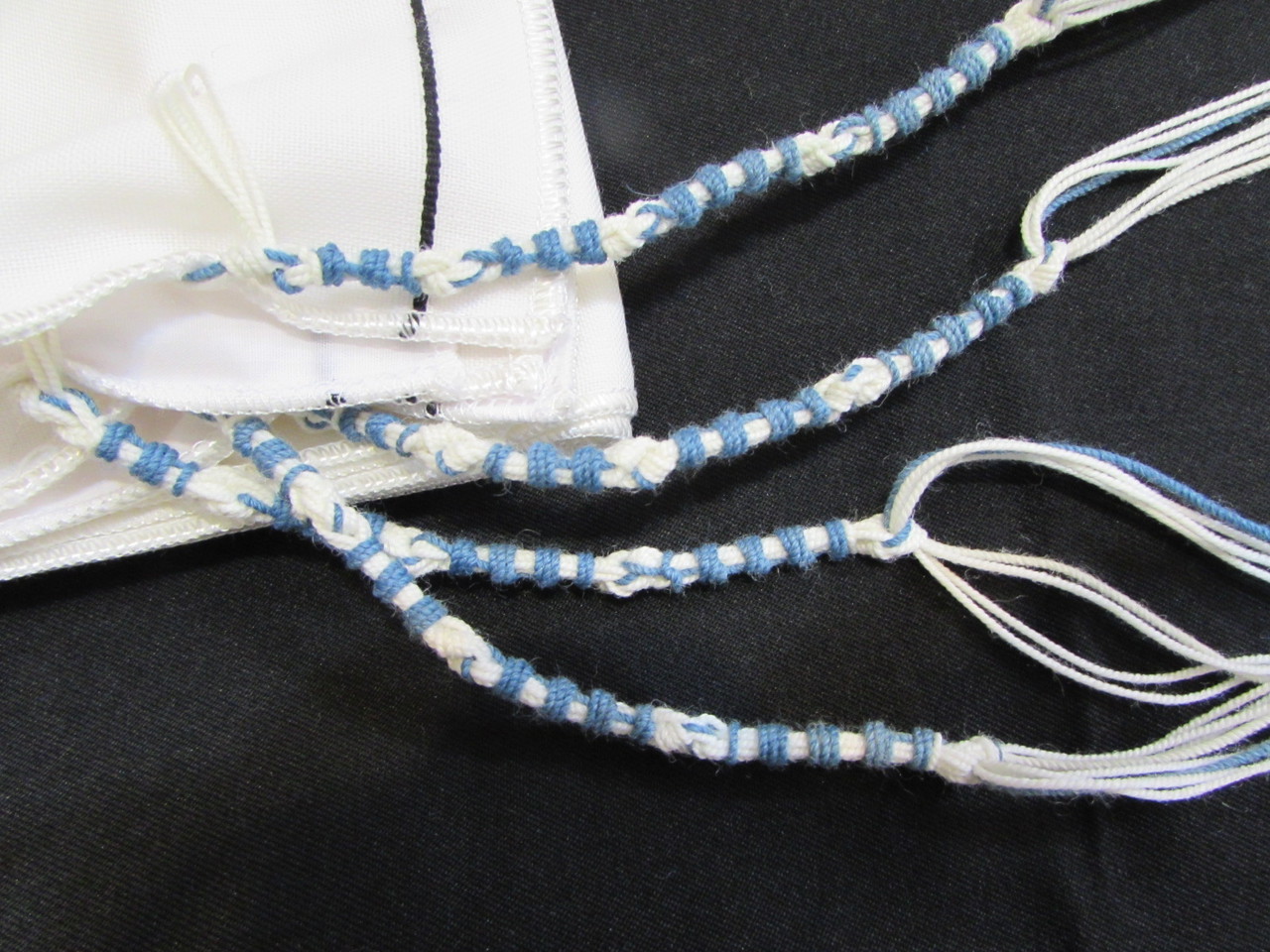 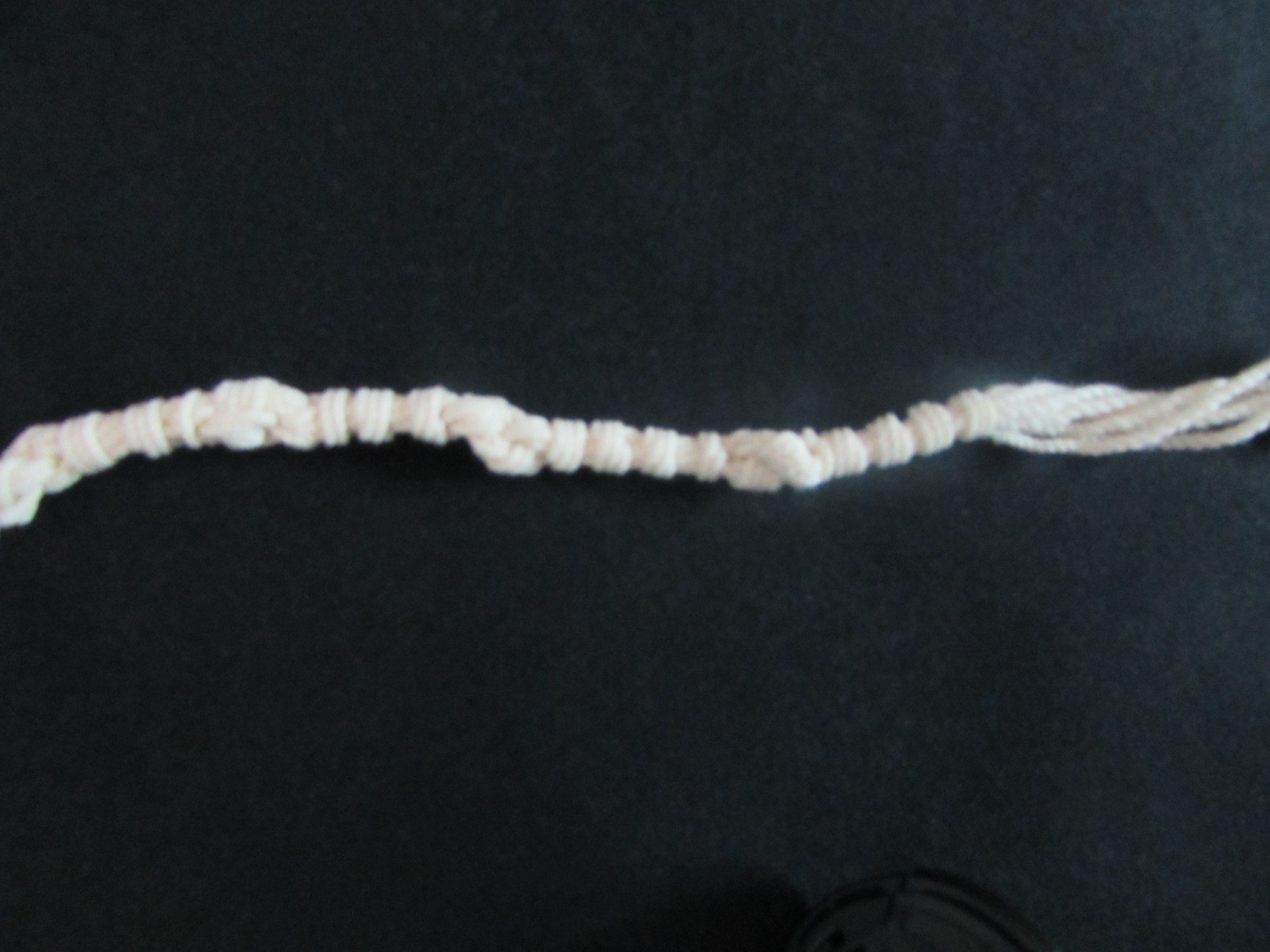 Edit: The photos are from Ben's Tallit Shop.

If I am not mistaken, the Breslovers tie their tzitizis using a triple loop. Similar to sfardi, but the sfardi method is a loop on every winding of the shammes string whereas the Breslovers method is every third.

This method was not made up by R' Nachman, it was made up by the Arizal. (At least that's how the Ba'al haTanya understood it). The Breslovers are actually not the only ones who tie their tzitzis like this. Chabad and many other Chassidim do too. Breslov is unique in the fact that they have tcheiles strings also, as opposed to the other factions.
Here is a picture of Chabad Tzitzis: 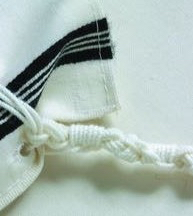 And here is sfardi tzitzis: 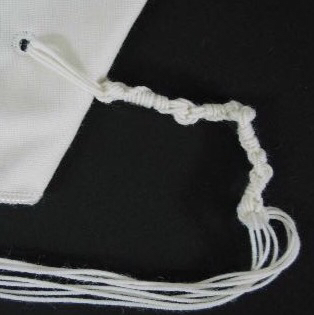 You have to look closely, but you can see the difference between the two versions.

Belz also has a loop every third winding, but its a bit different. The way they understand the Arizal, is that the Shamess string (the long one that is used to circle the others) should go THROUGH the other 7 strings on every third winding. They are also careful to keep the two sets of strings separate through every loop. (Meaning, at the beginning, there are 4 strings that are folded over to make 8. They are careful that the split that the shammes makes should have the same 4 strings on each side every time).

Not the answer you're looking for? Browse other questions tagged sources-mekorot tzitzis breslov .

0
Whose opinion / custom for tying tzitzit is this?