Would it be considered disrespectful to wear an Islamic styled cap as a Kippah?

I came into Judaism in college. I come from a Jewish family (my mother's side) but I was raised in a secular household after my mother married out of the religion. She was raised in a Jewish household and we are still connected to her whole side of the family. We just never were brought up within the religion nor did I receive a traditional Yeshiva education.

Please excuse me if anything I say or write sounds confusing or strange or even unintentionally disrespectful to tradition. I don't mean to be and I apologize in advance. I'm still finding my flow in things.

My question is concerning Kippahs and the rules surrounding them:

I'm a big-headed individual who happens to wear his hair short. Because of this I have been struggling to find a functional solution to my Kippah problem. If I don't move or bend or walk too quickly, I can easily place a Kippah on my head without a problem.

I can't find a Kippah which I can keep to my head. The obvious solution to this problem would be "Just clip it" but the issue I have with that is my hair is too short. I buzz my head so I can't actually clip a Kippah to my head with a bobby pin.

I have a hat which I have been using as a Kippah while I attempt to find something that fits my head. It's a driver's cap which I wear everywhere. It obviously doesn't follow the "big black hat" style which many Jews are accustomed to but it works for me for now and it doesn't stand out as rude or overly immodest during certain events.

I have a Muslim friend who knows I've been having this issue. He suggested that I wear something called a Kufi which is a traditional Islamic cap but that covers the head and holds to you like a cotton winter cap. It looks like this.

Keep in mind this isn't a Muslim friend's attempt to try and lure me into the religion. Me and him have known each other for many years and he knows and respects my move into Judaism. I'm hyper-aware of people attempting to convert me after a previous issue with some former Christian friends. He's just trying to help me find a solution to my issue.

So my question basically comes down to this.

Could an Islamic Kufi hat function as a Kippah? Would I be being disrespectful if I decided to take this route? I want the feedback from people in the community and with experience with things like this.

The goal is to cover the head. While it might be considered improper to wear a baseball hat in synagogue (though I have seen it) the religious obligation to cover the head would be fulfilled. In terms of styles, kippah types vary and since there is no inherent rule about style, your only concern would be if the head covering was explicitly identifiable as something native to another religion (like "can I wear a mitre as a kippah"?) or culture ("can a kaffiyeh be worn as a kippah?"). Historically, a turban was one of the options.

But the picture you posted seems rather generic.

So while one might object to using a sacramental object from another religion, or intentionally trying to copy the practices of another religion, the specific example you showed seems to be a hat, one which would cover your head.

As an aside, here is a poster with some interesting options 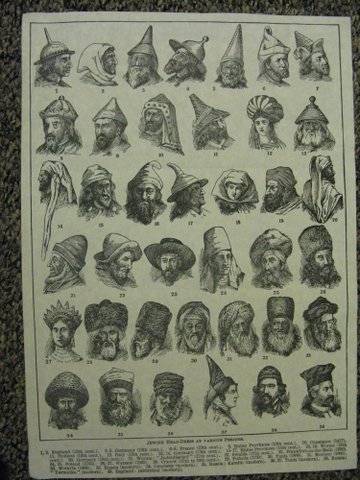 I don't see anything wrong with it, us Bukharian Jews always wore Islamic "kippahs" to cover our head, and we still do to this day. Bukharian kippahs are actually not Jewish at all, they were used by Muslims in the area, but we decided to use them.

We should not follow the customs of the Gentiles, nor imitate them in dress or in their way of trimming the hair, as it is said, “And you shall not walk in the customs of the nation which I have cast out before you” (Lev. 20:23); “Neither shall you walk in their statutes” (ibid. 18:3); “Take heed to yourself that you be not ensnared to follow them” (Deut. 12:30). These texts all refer to one theme and warn against imitating them. The Israelite shall, on the contrary, be distinguished from them and be recognizable by the way he dresses and in his other activities, just as he is distinguished from them by his knowledge and his principles. And this it is said, “and I have set you apart from the peoples” (Lev. 20:26). He shall not put on a garment like that specially worn by them nor let the lock of his hair grow in the way they do. (Rambam, Avoda Zara 11:1).

There is a prohibition against wearing a garment that is considered specific religious dress of another religion. I don't know whether this would be considered in this category, but you should consult with a knowledgeable rabbi.

It wouldn’t be a problem in general. According to Wikipedia it isn’t specific to religion and is more just considered a male garment.

If you’re looking for something that definitely is large and will not fall off, try these large knit kippot. They come in white or black.

No it is not disrespectful to wear a kufi. I find some rather cool.

Not the answer you're looking for? Browse other questions tagged halacha clothing men-male kippa-yarmulka .

22
What kind of kippah is this?
12
When and why did the black velvet yarmulke become the standard for some communities?

1
Talis on head for people who don't wear a (black) hat
2
Noachide Kippot
12
Can a gentile pray in a synagogue?
12
Does a woman have to cover her head if she is bald?
1
Head Coverings For Large Head and Long Hair
1
Is there a significant group of women who wear pants?
10
What do I do if I do not have nice clothes to wear when visiting an Orthodox synagogue?