I've recently seen a hashgacha around NYC called Cup-K or CupK. However, I have been able to find precious little about it and what I have found seems mostly to consist of unsubstiatable rumours. Does anyone have any knowledge of the reliability of this hashgacha? FWIW, it's the one used by the famous Second Avenue Deli. 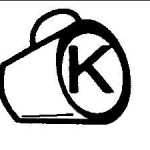 Cup-K shows the citation below. Note the Stringency line (Conservative) on the hechsher listing. This would raise a question in my mind.

One question would be what is done on Shabat and could the non-Jew bring in food then to cook. Is it like a franchise that can only use franchise provided food (that is always under supervision) like Carvel or certain Yogurt places or like a regular restaurant.

I happened to just now pass by this place called Eden kosher in Yonkers. Prominently displayed in their window is a kosher certificate from cup k. Intrigued I walked into the place and walked right out after seeing the Hebrew National cold cuts. I have no vendetta against anyone and I'm not telling anyone what to do I'm just a simple frum guy and nobody's rabbi, but this certification fails the standards of anybody who actually bothers to verify a hechsher.

Your question seems to beg two things - Is it reliable, as well as some info about the hashgacha. As for info, I located this article about the supervising rabbi, Rabbi Israel Mayer Steinberg of Vaad Harabonim Lemeshmeret Hakashrut, as well as this article that focuses a bit more specifically on the 2nd Ave. Deli.

The controversy, as I understand it, relates to whether a place that is open on Shabbat can be considered kosher?

Rabbi Steinberg states that the 2nd Ave. Deli has been sold to a non-Jew on Shabbat, thus, he claims that this would avoid the concern for those that won't eat in a place run by a non Shabbat observant Jew. I can't state how well this rule works both in general as well as regarding the 2nd Ave. Deli. They may have other specific kashrut problems, in general, that are unrelated to the Shabbat issue.

As for another place called "Littlelads", which no longer exists, that place was vegan. I had eaten there several times, unaware that there was a Shomer-Shabbat and mashgiach temidi issue. So, obviously, my actions and opinion, on this place are based on ignorance.

In general, I am uncertain if a place being Shomer Shabbat is an absolute requirement for a place to be kosher. I know that most certifying agencies won't certify such a place. We know that a large piece of kosher certification in the U.S. is political. Essentially, Rabbi Steinberg is using a less-favored opinion that states that a place can remain open on Shabbat and still remain kosher because it's not Jewishly owned on Shabbat.

What I will try to research further is if Rabbi Steinberg certifies places that are owned by non-Shomer-Shabbat Jews that DON'T sell their store. That adds another piece to the "puzzle". However, even in this case, I'm not sure if being non-shomer-Shabbat would invalidate the actual kashrut of a restaurant assuming that the food is kosher, and, if they had a mashgiach temidi, which even many certified establishments don't have.

In short, we have a interesting vagueness...

An issue that looms large in my mind is the choice of a hechsher name that sounds so much like another, very trusted hechsher. Call up a restaurant and ask who supervises them. If the answer is "Cup K" you might well think they said kof-k.

Also, the Cup-K is NOT included in any O list of accepted hechsherim that I have seen, such as:
http://www.ozny.org/kosher
http://www.crcweb.org/agency_list.php

Organizations that serve their communities by compiling lists of restaurants with acceptable hechshers try to create complete lists. It might be that one organization might miss an acceptable restaurant or hechsher, but it is highly unlikely that a pattern of omission arose by chance. In short, that pattern is more than an "unsubstantiated rumor".

11
A site to search Kosher Symbols by characteristics?
2
Mashgiach and a restaurant staying open on Shabbos

6
Which hechsheirim are reliable?
5
Do multiple hechsherim (kosher symbols) on a product make its kashrut less reliable?
4
Can a Jew borrow a cup of sugar from his non-Jewish neighbor?
3
Eating non-kosher food then drinking out of kashered cup?