Placing blood of Korban Pesach on One Doorway or All Doorways

In Egypt, prior to Yetzias Mitzrayim (the Exodus), was the mitzvah of placing the blood of the korban Pesach on the doorposts applicable to all the doorways of the house or only on one of the doorways?

This is my own reasoning; I don't have rabbinic sources.

It appears that at the time Israel was in Egypt, the typical dwelling was the four-room house, which had the following layout for the ground floor: 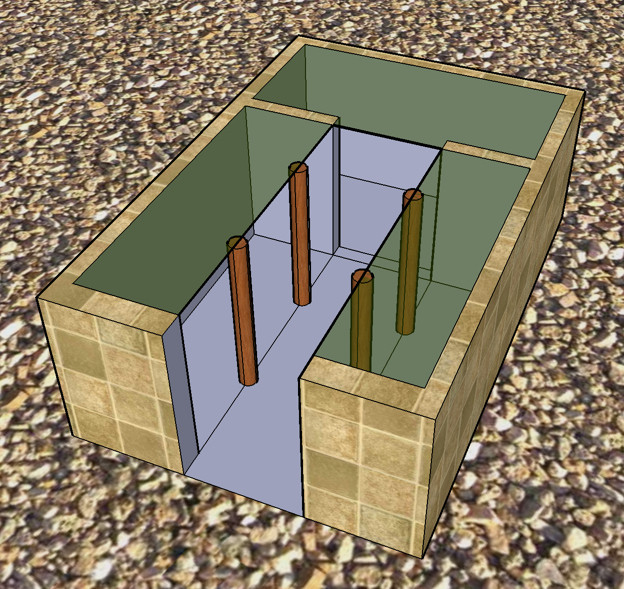 While multiple rooms means interior passages, there appears to be only one exterior doorway. The following photo from an archaeological site of the right time period supports this interpretation: 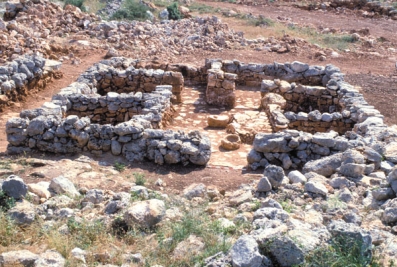 (Photo taken from this article. The site is at Medinet Habu. I count more than four rooms, but still only one outside doorway.)

The purpose of putting the blood on the doorposts and lintel, we are told in Sh'mot 12, is:

And the blood shall be to you for a token upon the houses where ye are; and when I see the blood, I will pass over you, and there shall no plague be upon you to destroy you, when I smite the land of Egypt.

That sure sounds to me like it's talking about exterior doors only -- the doors through which the destroyer would enter. Since there was apparently only one such door, they would have applied the blood of the korban pesach to just that one door.

3
What does the Korban Pesach signify?
3
The "ben neichar" who is banned from eating the Korbon Pesach
8
When was the last Korban Pesach done?
8
Why no "Musaf" for Korban Pesach?
9
Why is remembering the Exodus fulfilled by Shema and not first parashah of tefillin or Song of the Sea?
6
Were Children of Israel killed in the plague of the firstborn?