No Hallel in the seder?

I used a reprint of an old haggada this year (I think it was this one) on the second night. Through the meal everything was as I expected, other than a few differences because the haggada is Egyptian and I'm Ashkenazi, which were easy to work around.

After bentching was where it got really strange. The haggada had the third cup and שפך חמתך as expected, then it went right to לשנה הבאה בירושלים, the fourth cup, al hagefen, and חסל סדור פסח. The inside back cover has sefirat haomer. That's it. No Hallel at all, except the parts during Maggid. (I think they called לשנה הבאה בירושלים and the brachot before and after the fourth cup the "Hallel" section).

Where does this come from? Hallel is mentioned explicitly in the mishna, I thought everyone says it. Do they say it in shul and count that somehow (even though the mishna is pretty explicit not that way)? But then when do they say Nishmat and Hallel Hagadol?

Picture of the pages, as requested. I didn't do a good job taking the last picture, but you can still make it out (at least the Hebrew parts, maybe not the French. The sefirat haomer page was also smudged to begin with.). The only thing after this is a couple of pages about the Diskin orphan home, which obviously weren't in the original. 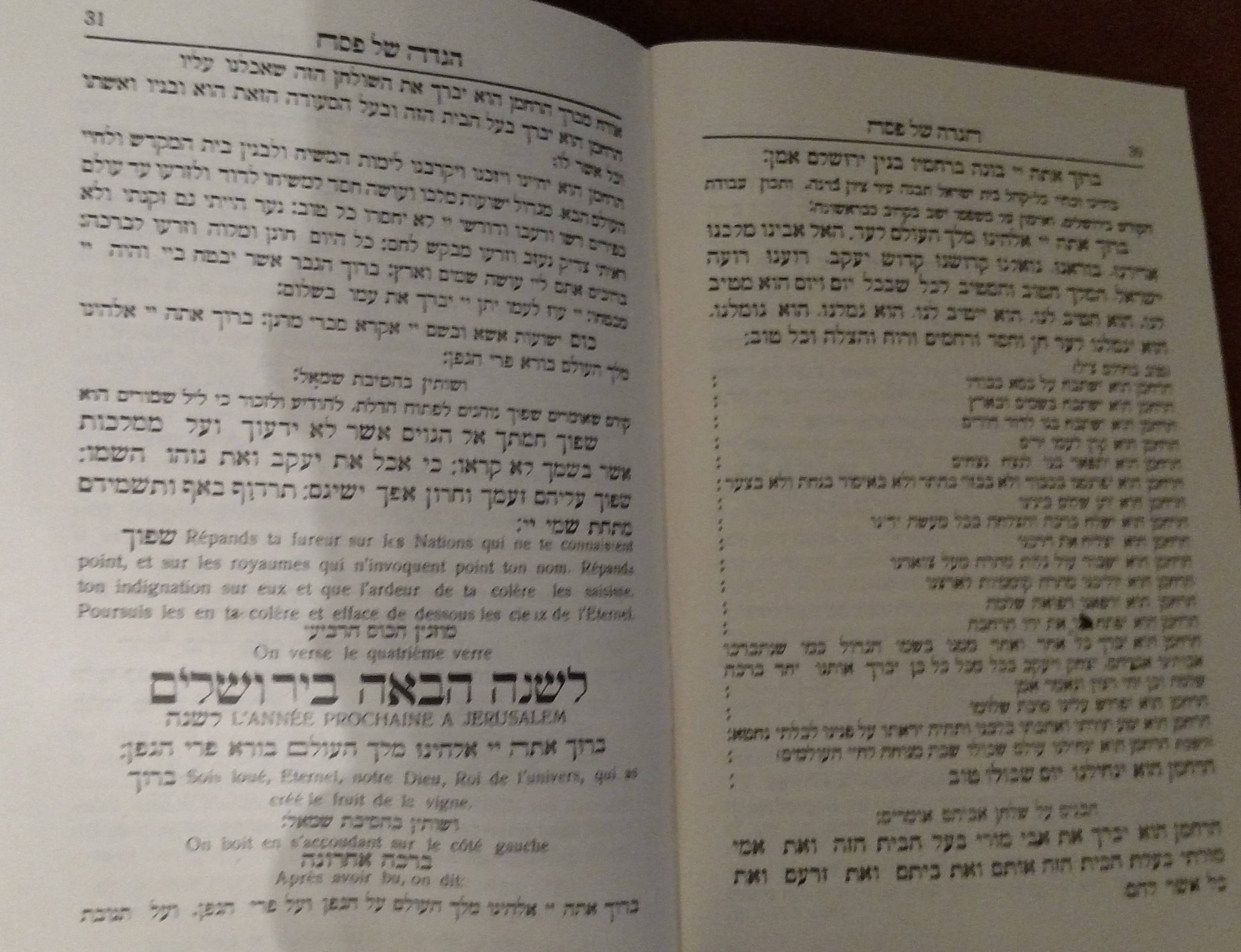 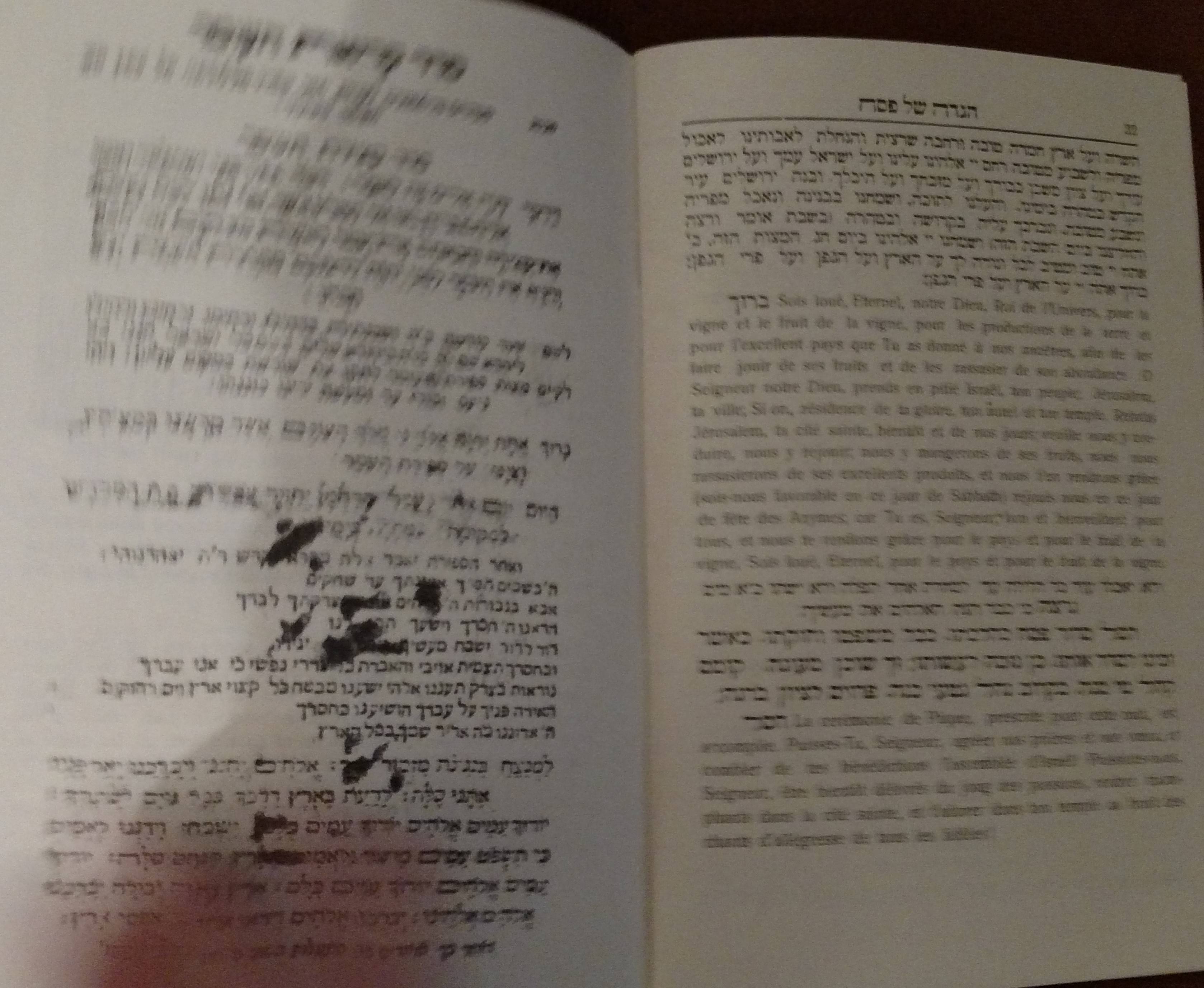 According to the Oz V’hadar extended Mesivta Haggadah, it’s a machlokes Rishonim as to whether we say Hallel HaGadol or not:

Not the answer you're looking for? Browse other questions tagged passover-seder-hagada hallel .

12
Are you supposed to do the responsive parts of Hallel at the Seder?
1
Hallel before chatzos at seder
7
Why in the Haggadah do we split up the Hallel?
7
Why is hallel at the seder different from hallel during the year?
1
Why don't we raise the fourth kos during Hallel?
3
Why does Hallel at the Seder not get a Bracha, according to the second opinion cited by the Tur?
1
Not Standing During Hallel of the Seder