Where can I find a poster of the Davidic Dynasty?

Does anyone know where I can find a poster of the Davidic Dynasty? I have looked online at poster web sites, but I have not been successful.

This poster (https://en.wikipedia.org/wiki/File:Genealogy_of_the_kings_of_Israel_and_Judah.svg) is neatly designed, but only the green kings are descendants of David. 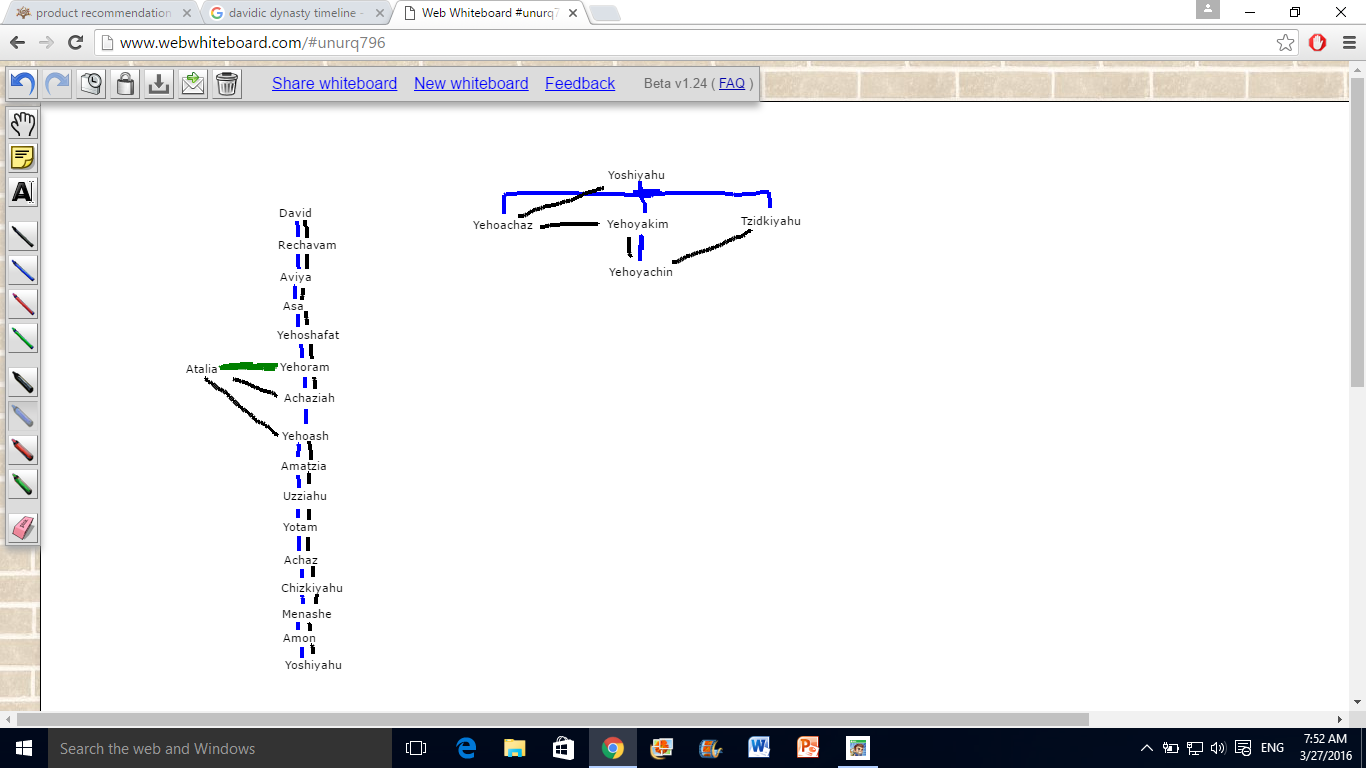 Is nowhere near as neat, and you might want to crop the rest of the screen out, but it only contains Beit David. Legend:

I don't know about online, but in the back of the Artscroll Hebrew-English Tanach there's a series of three charts that detail the lengths and dates of (1) Yehoshua and the Shoftim through Shmuel HaNavi, (2) the reigns of Malchus Beis David and the various kingdoms that ruled Malchus Yisrael, and (3) the various kings of Bavel and Paras u'Madai during their respective galios. In the second of those charts, it not only lists the kings (and queen) but also how they were related to the previous monarch.