Most European chivalric orders, both historic and otherwise, as well as many other awards issued were cruciform (for different examples of styles, see the Pour le Mérite, the Iron Cross, and the Victoria Cross). All of the orders listed above, as well as many others, were open to Jews and many of them required display of the insignia by recipients.

Would wearing the cruciform insignia of orders be allowed for the recipients, from a halachic perspective?*§

*The issue that I could see would be the wearing of something shaped like a cross, as it is associated specifically with Christianity.

§I have heard that even the WWII issue of the Iron Cross may have been issued to individuals who were openly Jewish. This would introduce an additional problem, as the hakenkreuz (swastika) is associated with pagan and Hindu religious symbology.

Most of the poskim deem the cross as something that Christians remember Jesus by, but not as an actual tool of worshipping. Therefore most agree that you are allowed to use it for pleasure, etc.

Interestingly, Rabbi Yaakov Meir (the first Sephardic Chief Rabbi appointed under the British Mandate of Palestine), received such medals as the Order of the British Empire (and more), and more, and he had no problem wearing them: 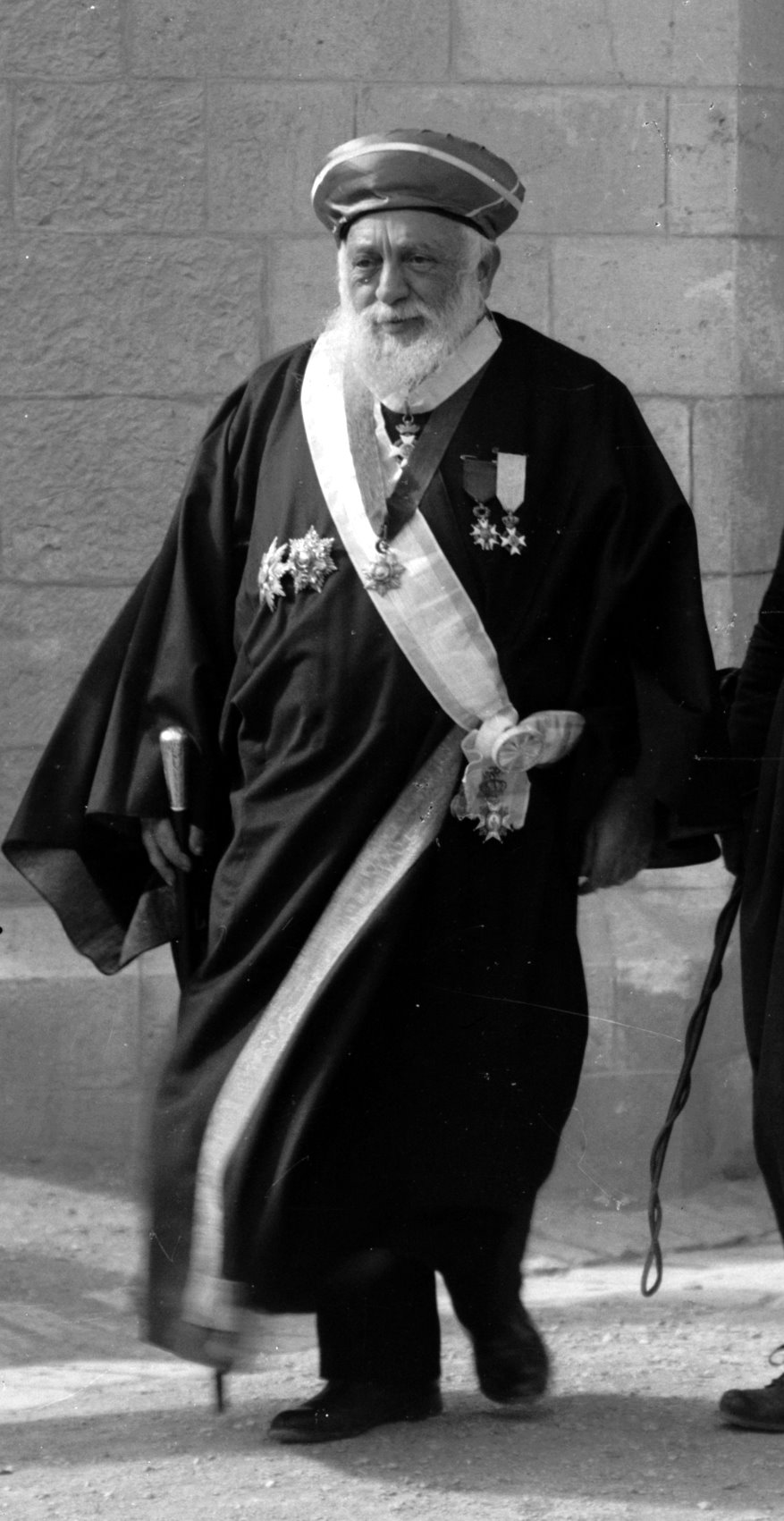 Not the answer you're looking for? Browse other questions tagged halacha christianity symbols-symbology .

17
Is it problematic to own and use a SwissGear bag, due to the “plus” logo?
4
If a food product has a heretical/idol worship image on it, and a hechsher as well, may one partake of it?

7
Wearing a gartel
17
Would a non-Jew wearing the Star of David together with a cross be offensive?
11
Is there a problem 'wearing' a virtual Saint Lucia hat?
6
Drinking while wearing Tefillin?
9
Wearing tefillin all day
3
Can I place cryptocurrency / stock buy or sell orders over Shabbos?