כֹּה יִהְיֶה זַרְעֶךָ
So shall thy seed be.

Haamek Davar, if I understand it correctly, explains the verse as follows:

How does the additional "if thou be able to count them" imply that more than the initial promise of numerous great people already does?

Accordingly, my impression is that the Ha'amek Davar is not dividing up the verse into units and deriving separate ideas from each clause; his intention is to provide a comprehensive, interwoven explanation that resolves all difficulties. Thus, when he says "שיהיו הרבה אנשי מעלה שיאירו ככוכבים" he is spelling out his general interpretation of the verse, and on "אם תוכל לספר אתם" he simply shows us where "הרבה" came from.

There seem to be two expressions of multitude.

One is the comparison to stars. There are very many stars so this is the first expression of multitude.

The second is “if thou be able to count them” which is an additional expression of multitude.

I would like to answer with a visual aide. 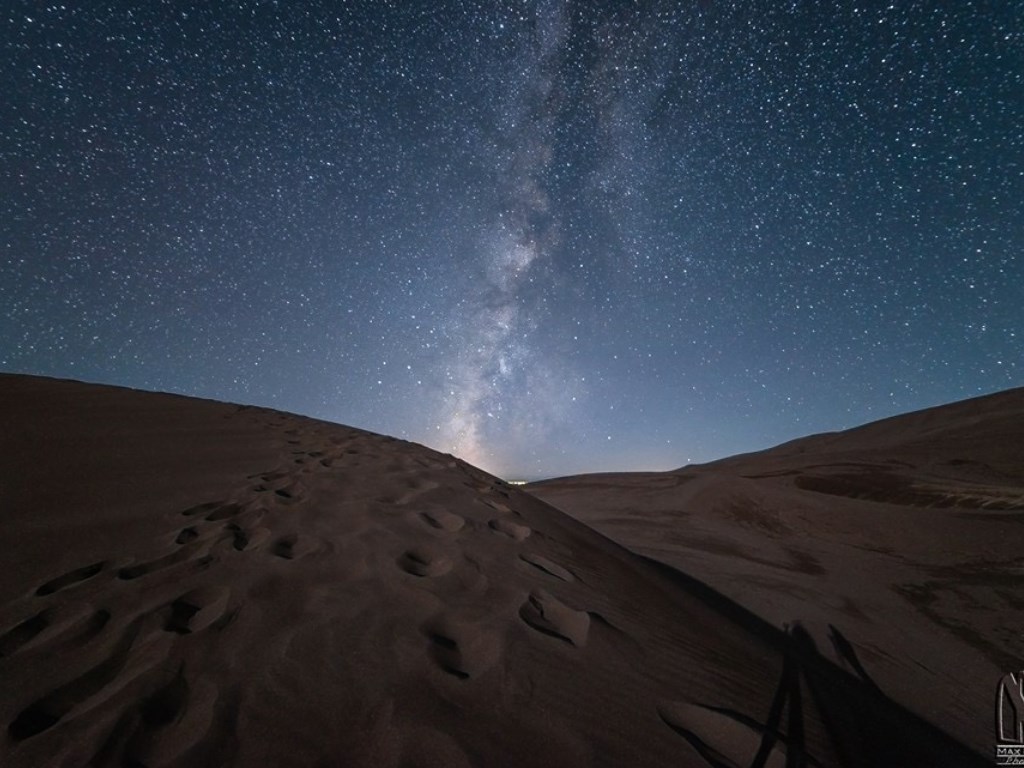 This is my friend Max Moorman's photo of the Milky Way and other stars taken from the Great Sand Dunes National Monument in Colorado. (c) 2015 Max Moorman Photography. I imagine that there was even less ambient light in Avram's day than there was when Max took this photo. If we read the entire verse of Gen. 15:5, it says "And He took him outside, and He said, "Please look heavenward and count the stars, if you are able to count them." And He said to him, "So will be your seed." Rashi explains that the plain meaning of "He took him outside" would be outside the tent. But Rashi brings down a midrash, Gen. Rabbah 44:12 and says "outside" means that God took Avram into outer space and gave him an even more awe-inspiring view like this one taken by the astronauts on the International Space Station: 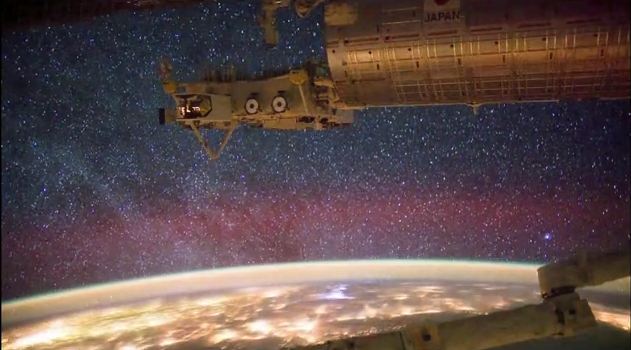 . So by taking Avram "outside" God was taking him outside his normal frame of reference to show him that there are even more stars than he can imagine. So when God says "if you can count them," on one level he is saying that many more stars than one can count, but on earth one can never count them all, and even in the heavens, it is not easy. Some are hidden by clouds, some by the ambient light on the moon or other stars, or the glare of sunlight reflecting in the atmosphere. We must also remember that some of the most significant stars, black holes, give off no light, yet their power is so strong they suck all matter, including light rays into it.

But as the Haamek Davar concludes, God gave Avram the comparison to stars, and the tour above, to understand that his descendants will be a light to the nations disproportionate to their total mass.

When God tells Avram to look at the stars, He then says "so (כה) shall be your descendants." The word כה is unusual. It is also used to refer to the Jews greatness at Mt. Sinai, "So [כה] shall you say to the House of Jacob” (Ex. 19:3). The allusion to stars also is generally an allusion to greatness. Stars are unique (God gave each a name, see Ps. 147:4, indicating that every star has its own mission and function. Similarly, each Jewish soul is precious, unique, and has a definite purpose in this world. But, as the Haamek Davar notes, there will be some individuals who will bring light to their nations, but they will be no more than a solar system compared to the galaxies represented by Avram's descendants. This is not only our potential, it is our goal and destiny and our reason for being here.

Not the answer you're looking for? Browse other questions tagged parashat-lech-lecha abraham haamek-davar .