Where can one learn the grammatical functions of the te'amim

I can chant the melodies of the te'amim but I'm having a hard time learning their grammatical functions and structure. Many websites that talk about the te'amim are quick to jump into the ideas of "generals/kings" and "conjunctives/disjunctives" without really explaining what they mean, or move through the information too quickly. Is anyone here familiar with any easy to follow English resources on this topic, or can they answer here in English regarding the grammatical functions?

I have used and found excellent the book Chanting the Hebrew Bible by Joshua Jacobson. It comprises a background/history of the subject, a detailed grammatical treatment (one-by-one introducing the disjunctive te'amim and their function; introducing the relevant conjunctive te'amim with each disjunctive; diagrammatical syntax trees; examples; exercises), a treatment of other reading considerations (including pronunciation, vowels, common issues/mistakes, and rhythm), and concluding with several hundred pages of melodies for accents and their combinations for Torah, Haftarah, the high holidays, Esther, Eichah, and the three megilloth (although only "standard" Ashkenazi tunes). It comes with a CD of recordings.

There is a cheaper "Student Edition", but I cannot vouch for its contents. However, you can look here for a preview.

The most comprehensive source today on cantillation appears to be the Two Treatises on the Accentuation of the Old Testament by the 19th Century Hebraist, Dr. William Wickes. (He wrote two treatises because there are two systems of cantillation in the Hebrew Scriptures: one for the 21 books, and one for the other remaining three books of Psalms, Proverbs, and Job, which were sung.) The value of the cantillation was not restricted to melody. Its value also included its logical parsing of phrases into hierarchical chunks. These chunks gave the reader (and listener) the means by which to not only enjoy the Scripture through melody, but also the means to memorize the Scripture (because the melody aligned to the logical hierarchy of chunks of words and phrases, and therefore facilitated memorization).

In this regard, the following paragraphs and illustrations provide a brief but simplified overview of the cantillations and their significance.

To begin, the following verse provides an excellent illustration.

Micah 7:9 (Mechon-Mamre)
9 I will bear the indignation of the LORD, because I have sinned against Him; until He plead my cause, and execute judgment for me; He will bring me forth to the light, and I shall behold His righteousness.

This verse seems typical, but when seen through the “logic” of the cantillation, the meaning of this verse becomes more powerful. For example, this is how this verse appears in the Masoretic Text with its cantillation:

Please note that the first phrase of words (or first chunk) ends on the Pashta disjunctive accent. The next phrase of words (or chunk) ends on the Zaqef Qaton disjunctive accent, which we note is more powerful than the Pashta. Therefore the phrase contained in the Zaqef Qaton chunk subsumes, and therefore modifies the phrase contained by the Pashta. If we continue this process of logic, the schematic arrangement of the verse would look like the following in English.

The second half of the verse continues as follows . . .

The Silluq / Sof Pasuq now appears at the end of phrase #5 on the phrase his righteousness (and therefore the second half of the verse has ended).

Based on the “logic” of the hierarchy of Hebrew cantillation . . .

In summary, the cantillation provides nuance and therefore context in which we can better understand the Hebrew Scriptures. In the example above, the cantillation helps us to detect the nuance of this verse. That is, without cantillation, the emphasis might appear to be condemnation with the hopeful expectation of redemption; but when we look at this verse through the lens of cantillation “logic,” then the emphasis of the verse leans more toward the confidence of complete justification.

There is a good chapter on the te`amim in Israel Yeivin's "Introduction to the Tiberian Masorah". This book draws from ancient Masoretic sources. It is an academic book and is well researched and referenced.

I know this is an old question, but I was recently on a similar search and found a great book, which I am enjoying very much. It is called The Glory of Torah Reading by Maurice Gribetz, Dennis Gellis. As far as I can tell it is the only English language book on the subject. Although it is long out of print, copies can be found online and in used bookstores. 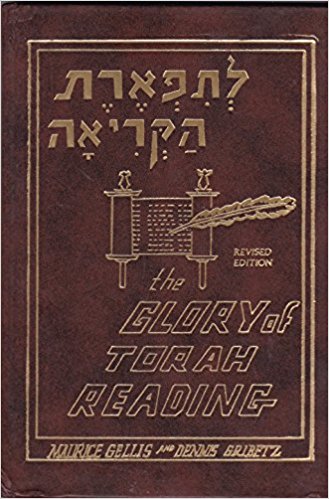 The Music of the Hebrew Bible - The Western Ashkenazi Tradition by Victor Tunkel is a very useful book for understanding the grammatical functions of the trop (except for the Ta'amei 'Emes).

Not the answer you're looking for? Browse other questions tagged grammar-dikduk trop-cantillation .

18
Grammatical function of Emet te'amim?
10
How can I learn Yemenite ta'amei hamikrah?
6
What's special about where the unique karne farah trope appears?
2
Explain the strange grammatical placement in Breishit 14:12
3
Is there any Haftarah that has all the te'amim/trope symbols?
7
Is there a non-grammatical reason why יִשְמָעֵאל is written with the tzeirei under the ayin and not under the aleph?
12
How does one know the tune when praying in Hebrew?
2
Where can I find the music of the trop for Book of Ruth