knife under pillow after mikveh?

My sister told me her Rebbetzin had a minhag: If after going to the mikveh she did not have relations with her husband that night, she should sleep with a knife under her pillow to fight the evil spirits that are empowered by the absence of marital relations after purification.

Does anyone have a source for this and is this situation related to Tehom Raba, the great abyss which opens up when "renewing the Torah w/o sufficient knowledge" (which I believe includes blessings in vain) (Zohar 68, 69 1) in which Lilith and her demons slay hundreds of thousands in the empty firmaments?

This is sourced in the Sefer Tahara K'halacha which brings that if a a woman is waiting for her husband who is out of town but does not know when he will return should be tovel so she will be mutar to him whenever he arrives. However, he brings segulos that the woman should perform to prevent any danger. This includes a knife under her pillow,or cover herself with a beged of her husband until he returns(see Ben Ish Chai which is mesupak if it is needed all nights or just the night of immersion). 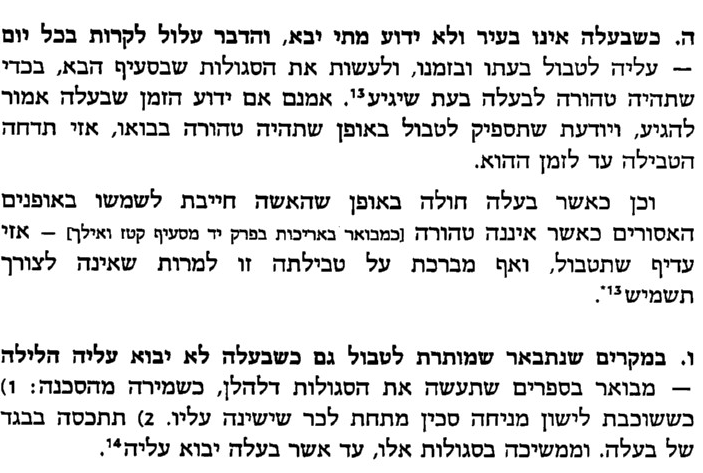 This footnote brings all the sources for this idea: 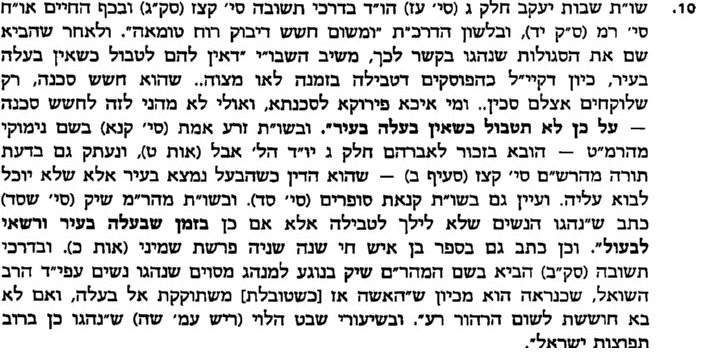 Not the answer you're looking for? Browse other questions tagged minhag mikvah-ritual-bath evening-night zohar .

1
if a woman went to mikveh after 7 days is it kosher bedieved?
2
Do those who do become religious after a divorce need to cover their hair (women) or wear a tallis (men)?
4
Source for Groom's Immersion in Ritualarium (mikveh)
4
Why don't men go to the mikveh after relations/ejaculation?
5
From what materials can a mikveh be made?
1
Makeup for Mikveh on Friday Night
2
A Mikveh used alternatively by men and women
0
Mikveh or 9 Kav?
0
Intex Pool Mikveh for Men?