What do our Rabbis say about wearing a poppy in the button-hole on Armistice Day?

The British Legion appeals for funds (called the Poppy Appeal) around Armistice Day (11 November) each year. People donate to the activities of the Legion and are given a paper/plastic poppy to wear.

Our 2015 Poppy Appeal campaign has launched with a stunning advertising and poster campaign across the country. Our posters, billboards and print ads are designed to show that when you wear a poppy you're not just remembering those who've lost lives in conflict, you're also helping the Legion to provide assistance to today's Armed Forces community.

My question is not about giving money to the Legion.

I want to know what our Rabbis think about wearing the poppy in the button-hole.

Is it for example:

not a Jewish thing to advertise that you gave charity,

not a Jewish thing to wear a button-hole? 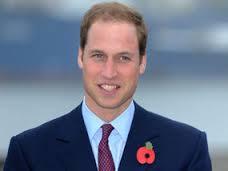 There are Orthodox Rabbis in London who wear poppies and go along to Remembrance Ceremonies and even recite prayers in them.

The poppy is not a form of idolatry but is instead a symbol of "respect" to the soldiers who gave up their lives to protect us.

In the United Kingdom, this is particularly relevant, as we are remembering soldiers who fought in World War II against Adolf Hitler, possibly the greatest ever enemy of the Jews historically, and almost certainly the one who murdered the greatest number of Jews.

These soldiers not only protected Britain from invasion (which would have led to a far higher death count) but also fought to liberate countries (and therefore any surviving Jews) abroad.

6
What do we think about Father's Day?
7
What is the correct emotion to feel upon hearing about enemy civilian casualties?
6
Source for story about the Maskilim's play mocking what the "orchei hamilchama" would look like according to chazal