Was there a scriptural, halachic, rabbinical, or legal reason for Jewish involvement in the Civil Rights Movement?

It is largely forgotten today, but when Dr. Martin Luther King Jr. and other Civil Rights leaders put out the call for believers and clergy of all denominations to get involved in the Civil Rights Movement, Jews were drastically overrepresented in the response. 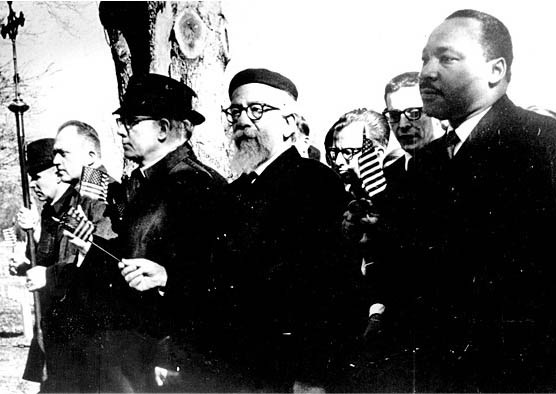 The Jewish people were in the front lines from an early stage, and some, like Andrew Goodman and Michael Schwerner, paid for it with their lives. 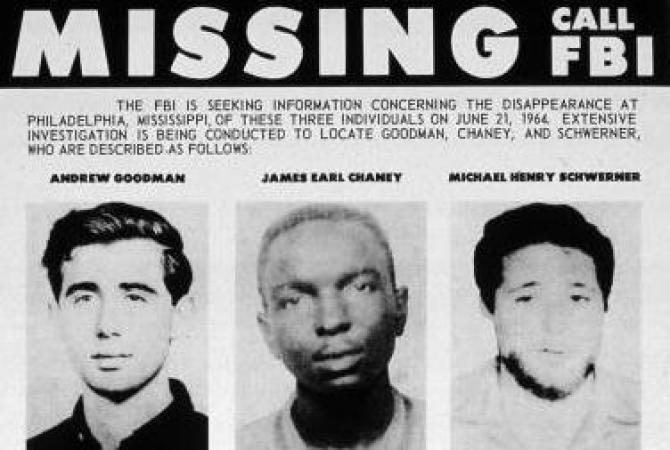 I think this was in large part a reflection of the long history of discrimination against Jews, and an act of conscience on the part of each individual. But I am curious as to whether there was also a scriptural, legal, or halachic motivation.

Do Jewish scriptures, laws, rabbinical authorities, or Halacha encourage Jews to oppose oppression of other races and ethnicities?

Orthodox rabbis involved in civil rights activism did indeed rely on biblical and rabbinic literature, and referred to them when backing their positions. Here are a few of those sources:

Rabbi Ahron Soloveitchik, who publicly spoke and wrote in favor of civil rights in the 1960s, made the following connection to modern times:

From the standpoint of the Torah, there can be no distinction between one human being and another on the basis of race or color. Any discrimination shown to a human being on account of the color of his or her skin constitutes loathsome barbarity...[Avot 3:18] implies that every human being, regardless of religion, race, origin or creed is endowed with Divine dignity. Consequently, all people are to be treated with equal respect and dignity. [Logic of the Heart, Logic of the Mind]

The mishnah in Avot is associated with halakhic principals known as:

Derived from Genesis 1:27 ("In the image of God He created Man"), kavod habriyot (human dignity) is a concept discussed throughout talmudic literature regarding legal exemptions based on undignified situations. Rabbi Ahron Soloveitchik writes that alongside the concept of tzedek (righteousness), it is the Jewish cornerstone of civil rights. He refers to a discussion in the Jerusalem Talmud (Bava Metzia 2:5), in which Rabbi Shimon ben Shetach returned a pearl to an Arab pagan, after the pearl was discovered on the donkey he acquired from the Arab. Although it would not technically be considered stealing, Rabbi Shimon ben Shetach argued:

“Do you think that I am such a barbarian? I am more interested in hearing the exclamation, 'Blessed be the God of the Jews' from the mouths of pagans than I am in making a living.”

Here is how Rabbi Soloveitchik understands this Yerushalmi:

In this story, Shimon ben Shetach gives a remarkable definition of the term “barbarian.” According to him, anyone who fails to apply a uniform standard of mishpat, justice, and tzedek, righteousness, to all human beings regardless of origin, color, or creed is deemed barbaric. From this Yerushalmi, coupled with the concept of k’vod habriyos, one must assume that those people who refuse to grant any human being the same degree of respect that they offer to their own race or nationality are adopting a barbaric attitude.

The concept of pursuing justice and righteousness, of course, is based on "Justice, justice, you shall pursue" (Deuteronomy 16:20) and other biblical injunctions to form courts maintaining justice in society.

As mentioned in the comments, many of the Jewish activists during the civil rights movement came from non-Orthodox denominations and may not have relied on or accurately depicted traditional Jewish texts in defense of their actions. We do know, however, that many Orthodox leaders and institutions were in favor of social change, and fought for civil rights based on Jewish principals. See this link for the work of other Orthodox leaders in the 1960s.

Not the answer you're looking for? Browse other questions tagged history .

11
Is it wrong to be racist?
8
Does Orthodox Judaism have a generally held position on American politics?

17
What was daily life like for Jewish women living in al-Andalus in the 10th/11th centuries?
3
How do rabbis explain the reason for the Spanish Expulsion. Why did the Jewish people deserve it
1
Was it customary for there to be an annual lamentation for someone's death, e.g. the daughter of Jephthah? Details as to her mourning process?
2
Who was/were the king/s in Egypt for the duration of the Jews' exile there?
4
Have there been instances where decisions in the Sanhedrin or Rabbinical decisions concerning Jewish practice have been reversed upon later review?
1
Was there a tradition that Jewish girls desired to be the mother of the messiah?