What's the deal with showering on yom tov?

What's the deal with showering on yom tov? I am asking not about shabbos, but specifically about yom tov.

Using the hot water itself is no problem. Some poskim say to use liquid soap (to avoid memareach, smoothing), although I believe that R. Moshe Feinstein did not even allow liquid soap. Some say to avoid squeezing the water from your hair, although R. S.Z. Auerbach allowed drying hair directly into a towel. 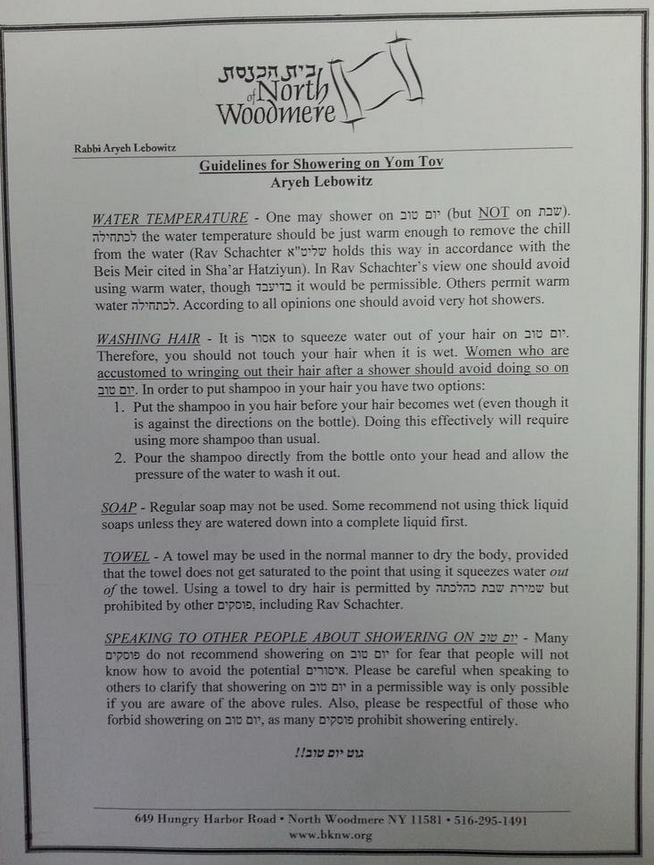 Most of his rulings are according to his Rebbe Rabbi Schacther

My rov told me that showering is yontif is muttar, and kol shekein (all the more so) on yom tov sheini. He said that you have a two or three-day-yontif, and are trying to be "machmir" and refraining from taking a shower, then you are being oveir on bal t'shaktzu and not showing kavod to other human beings. Especially with all that dancing on Simchas Torah!

edit: Also, according to the opinion that permits electricity on yom tov, you could also use a hair dryer to dry your hair, which would get rid of the potential problem of using a towel.

goes through the whole sugya down to halacha http://ravkaplan.dafyomireview.com/aud/5772-Halacha/5772-20-shower_on_yom_tov.mp3

To put it simple, it's not simple. There's many issues you need to be aware of. Rabbi Shmuel Lesches, a Rabbi in Melbourne, put together an in depth article about showering on Y"T, including a checklist for what you need to know to take a shower. In order to understand the reasoning and opinions behind the checklist, read the (long) section about showering in the linked magazine.

Not the answer you're looking for? Browse other questions tagged halacha yom-tov melacha-creative-work cleaning .

5
Fasting on Erev Shabbos/Yom Tov
2
Opening plastic soda bottles on Yom Tov
2
Brushing teeth on Yom Tov with a dry toothbrush
3
May one cook extra foood on Yom Tov so that the left-overs will be for after Yom Tov?
1
Bar Mitzvah on Yom Tov