Do you make a new bracha on lightning & thunder when catching up to the same storm?

This M.Y. question cites Shulchan Aruch O.C. 227 that states that as long as it is overcast, one recites the blessing on lightning / thunder once (unless the storm continues into the next day.) If it clears up, then storms again, one makes a new bracha.

What if one is in a place and there is a storm. He makes the bracha. It clears in his area. Then he drives and hits the same storm. Is this considered a new event for him so he should make a new bracha?

When the Shulchan Aruch was written, there were no cars. So, I interpreted when it said that it clears up then storms again, this is part of a new thunderstorm cell, which is why you would make a new bracha. However, if you drove back into the storm you were in, this is not a new storm. So, perhaps, you should not say a new bracha.

I saw this in Yalkut Yosef:

Harav Hayim Kanyevski, cited in Sha'ar Ha'ayin (page 65), ruled that if someone recited the blessings on thunder and lightning and then traveled away from the stormy area and then returned to it, he must repeat the blessings.

This would seem to be the same idea.

It seems from Rav Menashe Klein's Mishneh Halachos (10:46) that one would be allowed to make another beracha on the "new" thunderstorm despite you driving to the "old" one since it would be similar to someone who should make a beracha on the fragrant spices of a store, went elsewhere, and entered another store which had those very same spices. 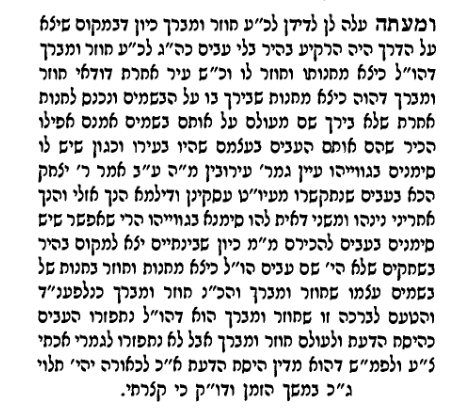 The Mishnah Berurah there states (in summary), that this ruling [of making a new bracha if it cleared up] only applies if it completely cleared up, but if the wind only moved the clouds away for a little while (but it is still cloudy), it's covered by the original bracha.

As always, CYLOR before acting on advice given in this answer.

10
Bracha on thunder and lightning - how often?
0
Should you make one or two of each set of brachot during a hurricane and how often?

5
Bracha on Lightning without Thunder
10
Bracha on thunder and lightning - how often?
6
Not mentioning "Pesach" in after-bracha at the Seder (Or "Shabbos" by after-bracha by a Kiddush)
1
Can a person say the bracha for thunder if he hasn't seen the lightning?
3
Make a new leisheiv basucah if you go to a different succah?
3
Can one make a bracha on non-thunderstorm lightning?
2
Are birchat hoda'ah on the idea or the thing?
3
A barmitzvah boy saying shehechiyanu on new tefillin when wearing them prior to barmitzvah