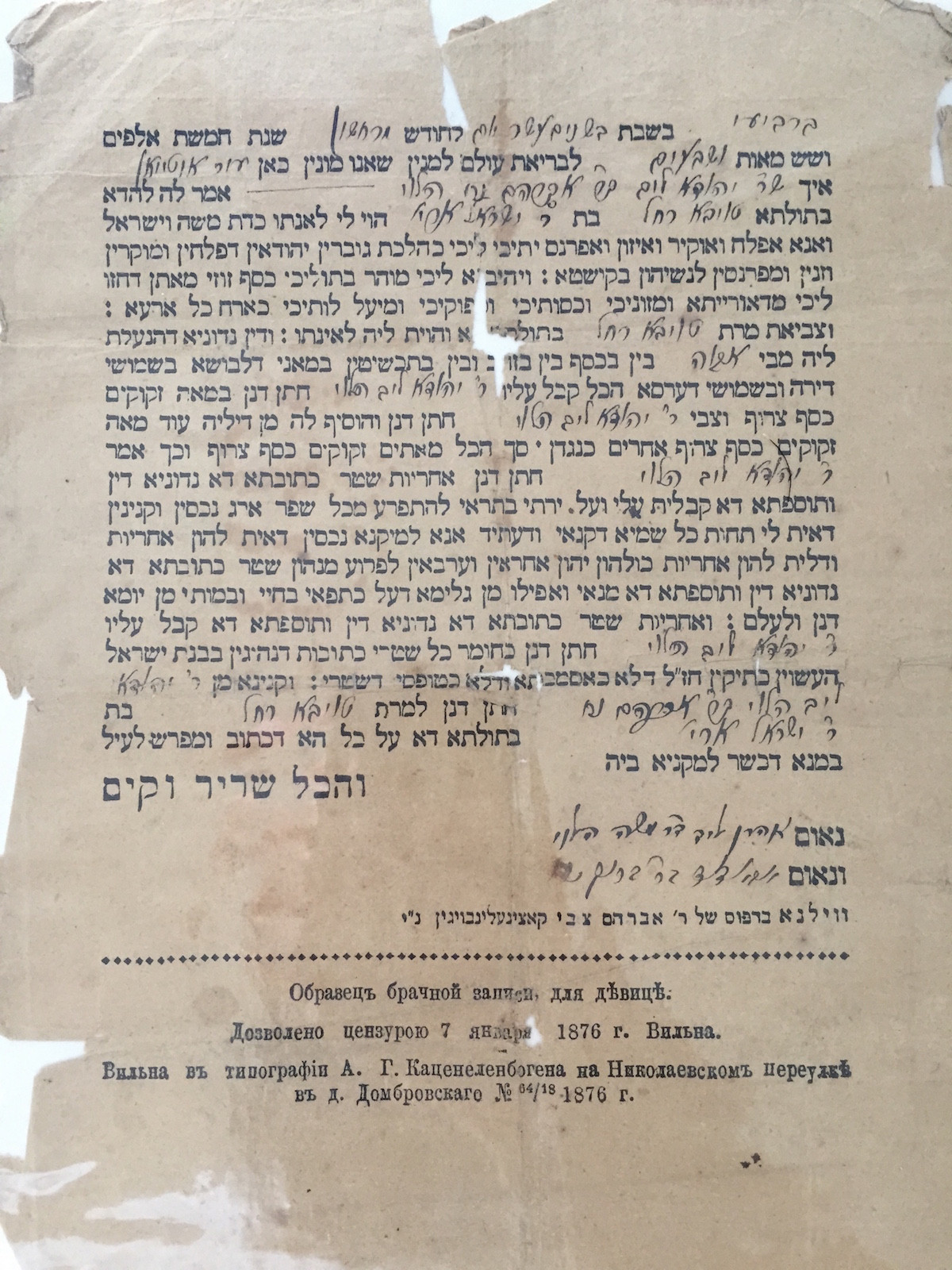 20
"Am I Jewish​?"
6
Why don't we distribute Ma'aser Rishon or Ma'aser 'Ani nowadays?
5
What kind of physical damage affects a contracts validity (if any)?
1
Why is the kallah's home referred to as beit nashe?

6
The name of Adam, and his descendants
11
When do we read a vav prefix as "or" rather than "and"?
3
Difference between the words zachor and pakad
13
What is the original meaning of the word "hevel"?
2
Feminizing Biblical names?
7
Is "Yarden" a Hebrew name that was used?
4
Can I notarize a document?
0
Exodus Rabbah 1:5 These are the names of the Children of Israel
0
What would be an alternative to the Reuben Alcalay Hebrew-English Dictionary?