“hagEfen” or “hagAfen”? what is the reason behind the enunciation difference?

Why do some say “hagEfen”, while others say “hagAfen”? Any difference?

The reason that there is a custom of saying gafen and gefen is both a grammatical, as well as a historical one.

Words marked with either an athnah or a silluq, or followed by a sof pasuq are “in pause.” When a word is “in pause,” the vocalization is slightly changed. The change is manifested by minor changes in the vowels of the word. Note the following four changes that occur:

A segol may change to a qamats in a segholate noun. For example אֶרֶץ becomes אָרֶץ.

However, this is unique to Biblical Hebrew and stops by the time of Mishnaic Hebrew as Aramaic had by then totally influenced the language. So therefore when blessings are instituted by the Rabbis, they are never in this pausal form. So originally, both Ashkenazim and Sephardim used to say בּוֹרֵא פְּרִי הַגֶּפֶן.

This is attested to by The Ashkenazi Haggadah, which is the 15th-century manuscript by Joel ben Simeon. 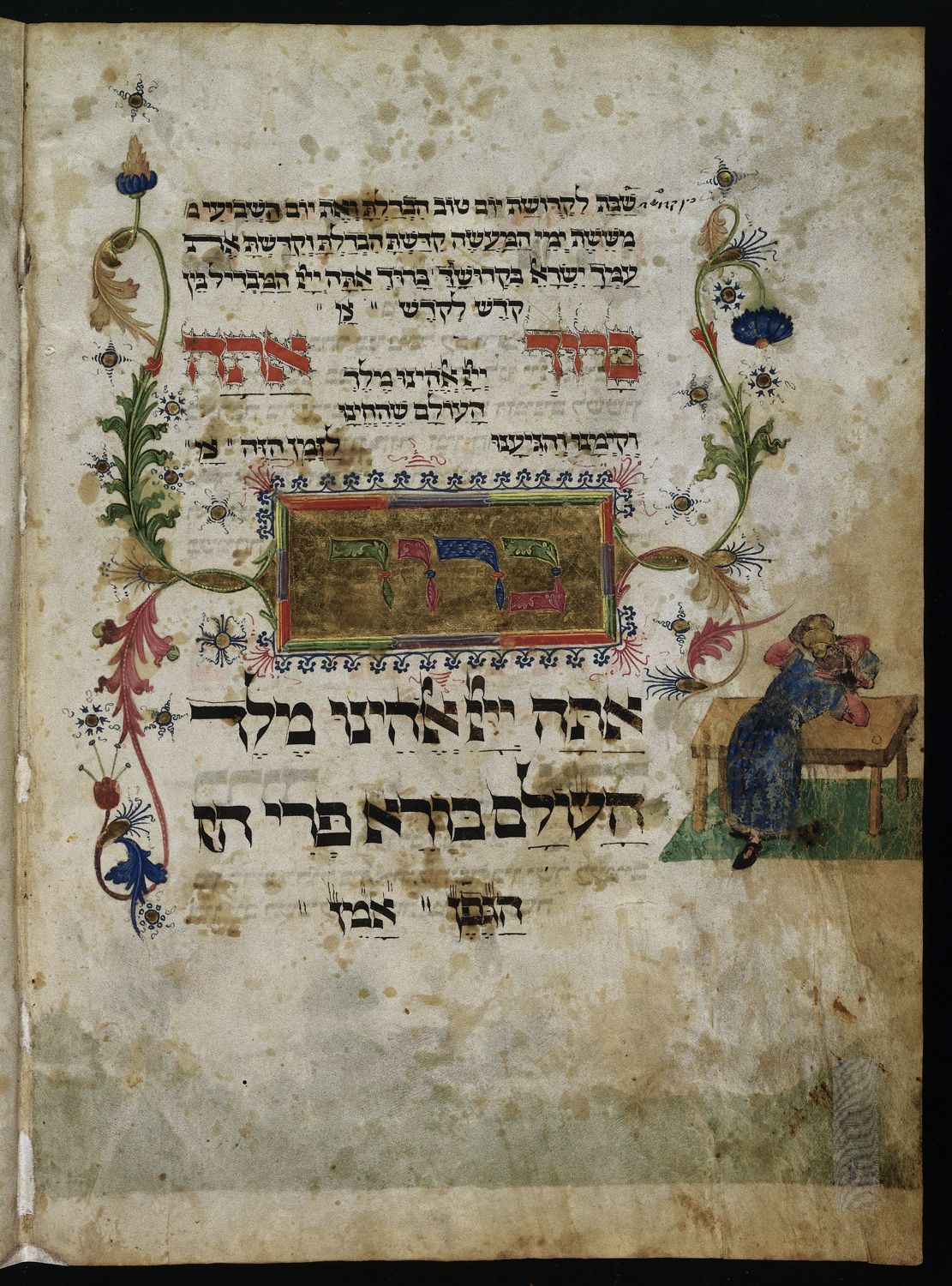 As time went on, Ashkenazi scholars decided to make the Hebrew blessings more in line with biblical Hebrew, which would mean that since the word גֶּפֶן is at the end of the sentence, then its pausal form should be גָּפֶן. But the Sephardim did not make these changes to their blessing, so it remained as it always was, גֶּפֶן. Recently Hacham Ovadia Yosef said that indeed גֶּפֶן is the correct spelling because according to him, the blessing does not end with גֶּפֶן, but rather it ends with אָמֵן, which means that גֶּפֶן does not need to take the pausal form.

Not the answer you're looking for? Browse other questions tagged hebrew .

10
How come Sepharadim say “Boreh peri haGEFen” but “Shelo Asani AVed”
9
Pronunciation of הגפן when drinking alone
0
Why are there 2 options for the word “Echat” in the blessing of Asher Yatzar?