What was the motivation of the Syrian community's rabbis for disallowing conversions and when did it happen? Did any other Sephardi communities join in this decision later on?

When their community first started to take root in the US many of their men began to date gentile women. This lead naturally of course to them wanting to marry these women. However given the strong social stigma and taboo associated with intermarriage (not to mention the halakhic issur) many of them preferred to encourage their romantic partners to convert to Judaism. This however is a halakhically dubious practice (see H. Issure Biah 13:14). A series of questionable conversions began to be performed, and insincere converts whose sole purpose for conversion was marriage was a growing concern. These sham conversions were a threat to the very fabric and longevity of the community.

The ban or "Edict" as it is popularly known, is predicated upon the right of a local Beth-Din to enact taqanoth and prohibitions according to the needs of the time. H. Sanhedrin 24:4:

A court has the authority to administer lashes to a person who is not required to receive lashes and to execute a person who is not liable to be executed. This license was not granted to overstep the words of the Torah, but rather to create a fence around the words of the Torah. When the court sees that the people have broken the accepted norms with regard to a matter, they may establish safeguards to strengthen the matter according to what appears necessary to them. All the above applies with regard to establishing directives for the immediate time, and not with regard to the establishment of halakhah for all time.

The intention of the Edict is not to oppress converts, it is to protect the community against the specter of assimilation. It is not intended to be a permanent feature of the community but rather is intended to curb a specific anti-Torah behavior that emerged in a specific socio-historic context. It is up to the Beth Din to re-assess the propriety of the Edict's renewal.

From the outside one might question whether the same threat of assimilation and sham conversions is still a threat to the Syrian community. However it is up to the Beth Din, based on its intimate knowledge and specific to the needs of its own community, to determine its necessity.

To my knowledge, no other communities have joined the Edict. However culturally within Brooklyn, the Syrian community does hold sway over other Sepharadi communities, such as the Lebanese and Egyptian. 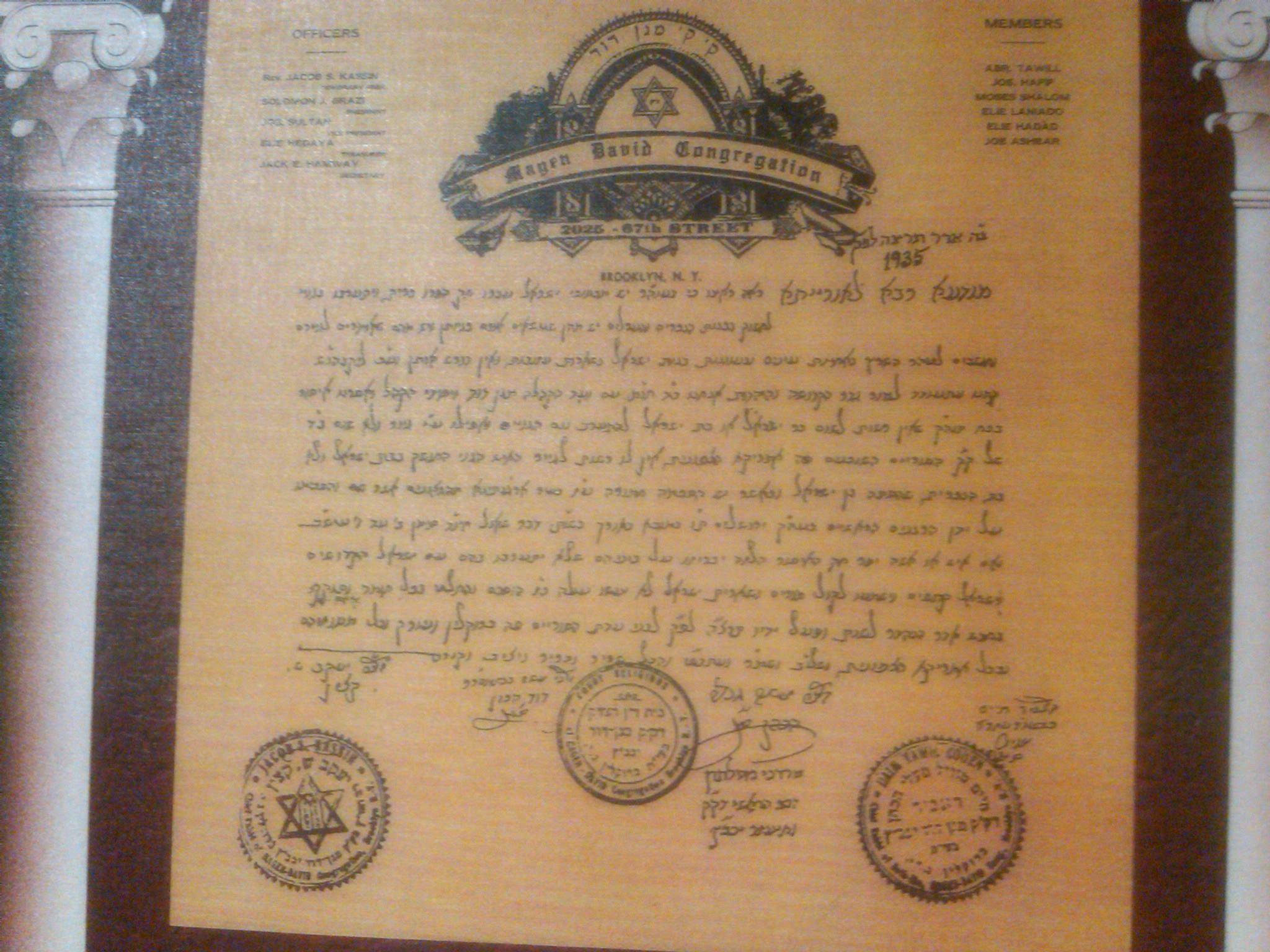 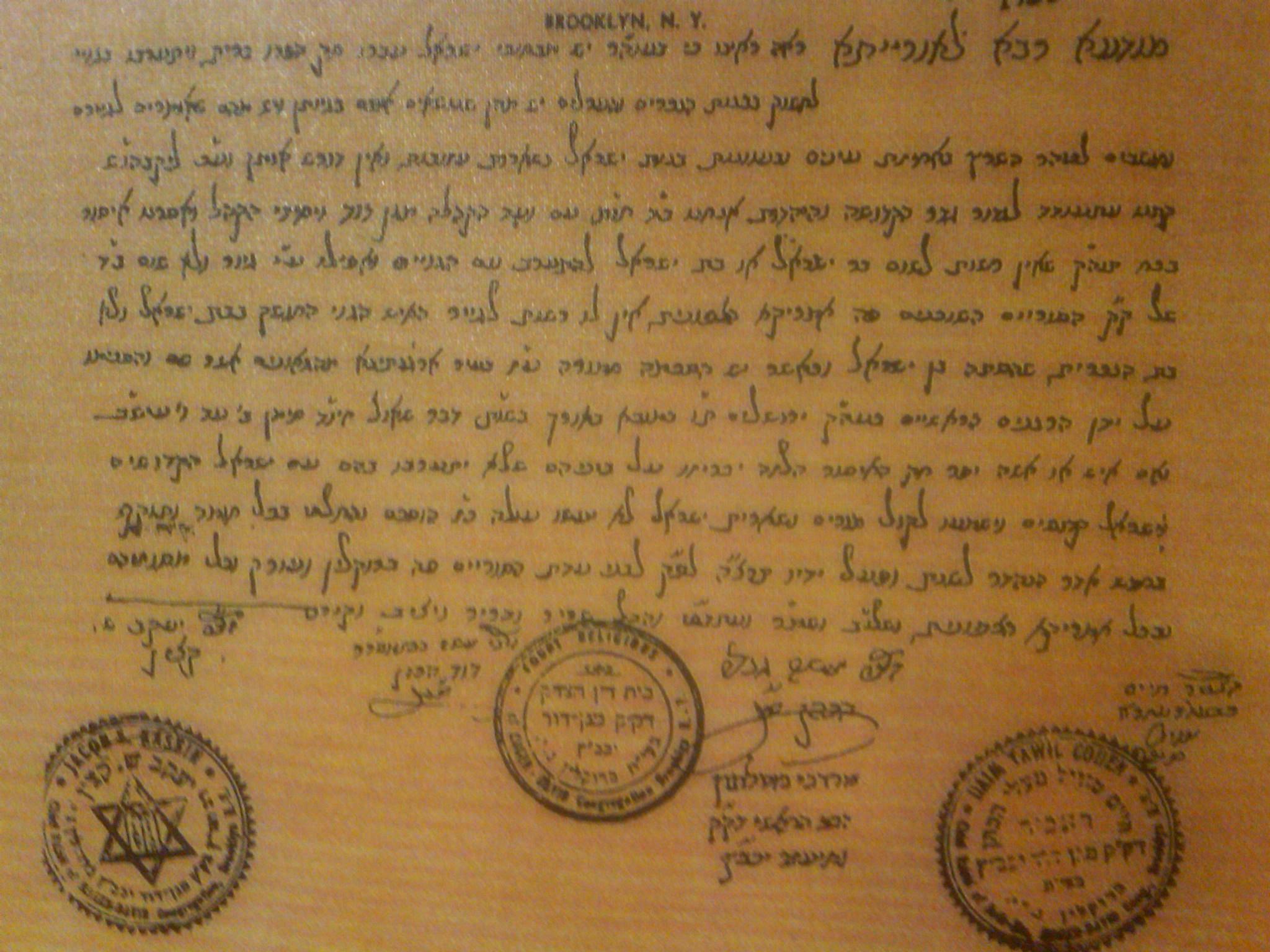 According to the Mahzor Aram Soba of 1527 and 1560, conversions were normative, but rare, as there are blessings in the Mahzor on the rituals of conversions. However, in the early twentieth century the Syrian Jewish communities of New York and Buenos Aires adopted rulings designed to discourage intermarriage. The communities would not normally carry out conversions to Judaism, particularly where the conversion is suspected of being for the sake of marriage, or accept such converts from other communities, or the children of mixed marriages or marriages involving such converts.

The ban is popularly known within the Syrian community as the "edict" or "proclamation" (in Hebrew, takkanah). Every twenty years or so, the edict is reaffirmed by all leaders and rabbis of the community, often with extra clauses. A full list is as follows:

Not the answer you're looking for? Browse other questions tagged history marriage conversion-to-judaism sephardi-mizrachi-eastern geirim .

1
Why do some communities not accept converts?
11
Precedent for Forbidding Conversion
3
If a man is married to a Gentile, is he forbidden from receiving an Aliyah?
0
If the Torah tells us 36 times to love the stranger where did the sephardic minhag of not marrying geirim come from?

10
Were there restrictions on marrying members of other tribes?
10
Standing for Kaddish at a shul with a different nusach
11
Precedent for Forbidding Conversion
1
Are there still communities that eat roasted meat Seder night?
1
Is there any particular standard recension/variation of the masoretic tradition that scribes use for torah scrolls in shul?
6
Retroactive psak and conversions
1
Virtual Pessah seder?