Is one required to take 3 steps forward after finishing Shmona Esrei/Ammida of Arvit after he has taken the 3 steps backwards?

Rav Shlomo Zalman Auerbach is quoted in Halichos Shlomo (Hilchos Teffilah chapter 13- siman 12) saying that one who finishes his Shmona Esrei and has taken his three steps back should stand in place and not move his feet until the Shaliach Tzibbur had begun Kaddish. In the explanation below (#19) he explains that the reason for this is different than other teffilos for there is no Chazaras Hashat"z, nevertheless since the Shaliach Tzibbur is saying Tiskabel, which is an aspect of teffilah one should wait for the Kaddish to begin.

-Clearly, from this explanation we see that despite the fact that one is waiting in his place after the Shmona Esrei, similar to what we do for shacharis and mincha, nevertheless returning forward with three steps is not necessary, for the three steps are in order to return to your place for the repetition of the Chazaras Hashat"z. 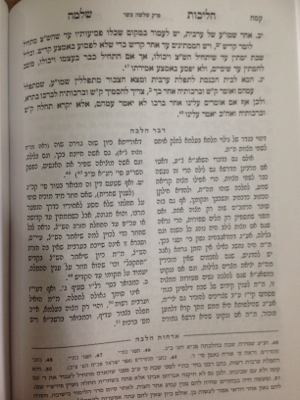 In Nefesh HaRav page 123, R' Schachter says that he saw R' Moshe Feinstein would wait until "לעילא" of Kadish after Maariv to take three steps back to place. 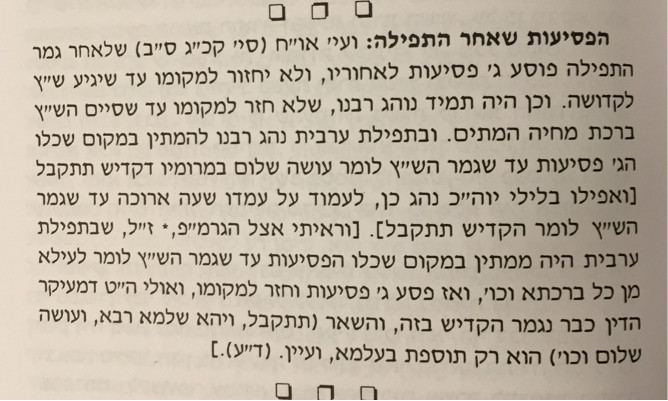 Not the answer you're looking for? Browse other questions tagged halacha prayer-book maariv .

4
Not walking in front of someone who has finished the Amidah
5
Why six steps for Shmoneh Esreh?
1
Three steps forward after daytime amidah (with no minyon)

10
Interrupting in the middle of Shmona esrei
7
How do you do the 3 steps back (forward) before/after Amidah
7
If repeating Shmoneh Esrei do you redo steps back/forward?
9
When do you say Hashem sefatai?
4
When to take three steps forward
7
If someone accidentally steps backward before the end of Shmoneh Esrei, what should he do?
1
Can I do stuff before I take the three steps back after Shemonah Esrei?
4
Not walking in front of someone who has finished the Amidah
3
What is the law for someone who had the urge to use the restroom in the middle of Shmona Esrei at Mincha or Ma’ariv?