In Jewish tradition, we generally commemorate the ends of wars rather than their beginnings (e.g./i.e. Chanuka, Purim). The commemoration of the rebirth of Israel as the Jewish homeland in the past century is popularly (in non-Haredi circles) celebrated on 5 Iyar, the day when the declaration of independence from British rule was made, which triggered a war with the Arab world. Is there any rabbinic authority who proposes that the actual commemoration should occur on 10 Adar, Ink Flag Day, when the war ostensibly ended (and without bloodshed) or, at least, addresses the issue? 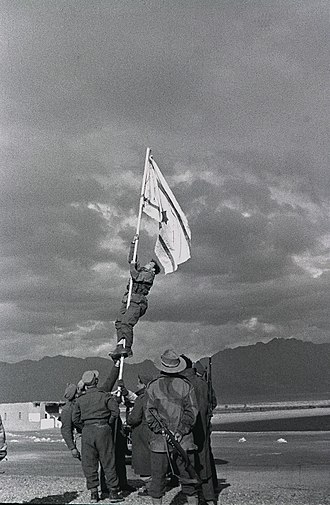 3
Celebrate 5 Iyar; not "Yom HaAtzmaut"?
0
What exactly do we celebrate on Purim - the 14th of Adar?

6
Why do we use Adar, specifically, for the Jewish leap year?
10
"When Adar Comes We Increase in Joy" - already from Adar I?
5
Time Parameters of Mishenichnas Adar Marbin B'Simcha
41
In a leap year, is the extra month Adar I or Adar II?
4
Zayin Adar customs
3
Why do we have Adar I & Adar II- why don't we give the additional month a new name?
4
Why does Adar signal additional joy?
0
Zodiac of Adar I